There were huge announcements at the world’s premier gaming expo this year.

Every summer, thousands of gamers descend upon the Los Angeles Convention Center to attend the annual E3 (Electronic Entertainment Expo), the premier event that sets the stage for gaming for the year ahead.

Sometimes the news coming out of the event isn’t exactly game-changing (pun intended), but not this year. In fact, despite the absence of several key companies from the exhibition floor, there were several huge announcements that will have a major impact on gaming in the coming months — especially for gamers who love to experience both high-definition video and immersive audio.

Here are some of the biggest trends in home audio to come out of E3 this year:

Google Stadia (pronounced STAY-DEE-UH, and announced prior to the expo) aims to flip the industry on its head by going console-free and offering the same quality and resolution as the major console players, so long as you have a decent internet connection.

If you want to experience this exciting new technology with 5.1-channel surround sound and HDR video of 60 fps (frames per second), you’ll need Wi-Fi of at least 20 Mbps (megabytes per second). Want to experience it with 4K Ultra HD video resolution? The Wi-Fi will need to be at least 30 Mbps. The message is clear: Make sure your Wi-Fi connectivity is in lockstep with your equipment.

For those chomping at the bit to become an early adopter, Stadia is currently scheduled to release its Founder’s Edition in November 2019 (it’s currently available for pre-order). The Base platform is set to launch in 2020.

Xbox announced a number of upcoming products for XCloud, an online streaming cloud server platform. Like Google Stadia, XCloud allows players to stream games through Wi-Fi. There is also a new Xbox console on the horizon, with the current nickname of Project Scarlett. The company hosted its gaming experiences separately from the convention center, having taken over the newly named Microsoft Theater just up the street. The venue featured an elaborate lighting and video display, plus various gaming demos on stage. Upcoming releases that were being previewed included Doom Eternal, Halo Infinite, Borderlands 3, Forza Horizon 4 and the fifth installment of Gears of War: Gears 5, available exclusively on Xbox.

The latter featured split-screen co-op mode, a first for the franchise, and something that’s a great fit for any home theater setup with gaming party applications. Although it wasn’t explicitly stated, Gears 5 will probably incorporate Dolby Atmos surround sound, since it’s already featured in the current Gears of War 4. 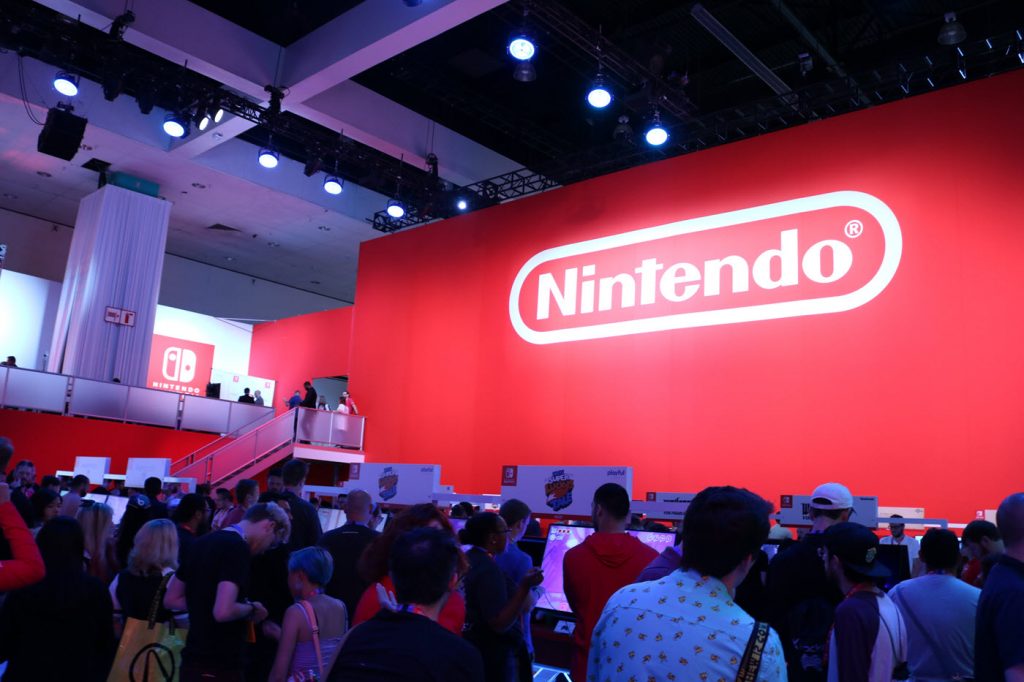 The Nintendo booth, which took up a large portion of the exhibition hall, also had no shortage of new releases to excite gamers for the coming year.

If the massive lines were any indication, Legend of Zelda: Link’s Awakening, Pokemon Sword / Pokemon Shield (two separate games) and Luigi’s Mansion 3, among others, will likely offer notable experiences for fans of the Nintendo Switch gaming console. Thanks to its numerous single, multiplayer and portable gaming options, Switch users can enjoy any game any which way from an audio perspective, with both headphone and surround sound options available.

Outside of the Big Three, there were tons of other new gaming releases designed to take the audio/video experience to new heights. Demos and trailers were showcased at their respective developer’s booths for games like Cyberpunk 2077 (featuring Keanu Reeves), Borderlands 3 and the highly anticipated Star Wars: Fallen Jedi. In particular, the Wolfenstein Young Blood demo (along with the previously mentioned Gears 5 demo) offered spectacularly realistic visuals and fully immersive surround sound. The demos were presented to attendees via headphones and average-sized computer monitors, but based on what I saw and heard, you can expect the home theater experience for both to be worthwhile.

Many of the gamers in attendance I spoke to had their own opinions on how best to experience modern gaming. Many stated that, while they most often play games using headsets or headphones, they are open to the idea of using sound bars or AV receivers to help create more immersive experiences. “I’m interested in having a sound bar for gaming but not a big system. It’s too loud for the apartment I live in,” a gamer named Michael told me as he waited in line for the Luigi’s Mansion 3 demo at the Nintendo booth. “Maybe once I get a house, I’ll consider a bigger system.” Another gamer, who wished not to be named, had a similar response, stating that the price for an AV receiver might be difficult for him but that he would consider using a sound bar for gaming in the future. 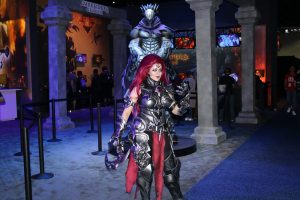 Clearly, if you’re open to the possibilities of gaming in a real-world environment (i.e., in a room, as opposed to using a headset or headphones) it’s important to look at the sound profile and mixing aesthetics of games prior to purchase.

One thing is for certain: Gaming has never been as popular as it is today. In fact, over $43 billion worth of game-related products were sold in 2018. Whether you’re an expert gamer or someone who just plays part-time for fun, the efforts by the major consoles and developers to enhance gaming with the best technology available are a cause for celebration. And the most immersive experience comes when you surround yourself in its sound.

Check out our blog article “Three Reasons to Upgrade Your Sound System for Modern Gaming.”