Ampeg’s influence on the world of bass amps cannot be overstated, but their bold concepts had a humble start. The company was founded back in 1946 when a 42-year-old upright bass player and jazz aficionado named Everett Hull stuck a microphone inside his bass and connected it to a radio. His wife dubbed the invention “Ampeg” because the transducer, or pickup, inside the bass was attached to the peg that supported the instrument. “Amp” + “peg.” Get it? Clever gal. 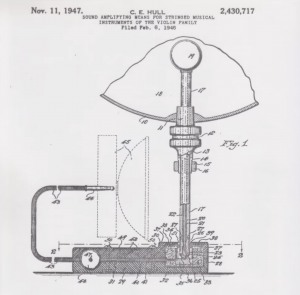 Hull successfully spread the word about his creation to bassists in big bands around New York City, who became intrigued by the idea of using his new-fangled pickup to amplify their sound. Their burgeoning interest meant Hull needed to quickly jump-start his production, leading him to form a short-lived company called Michael-Hull Electronic Labs with an amp designer named Stanley Michael.

In addition to selling Hull’s “Ampeg” pickup, they also sold a product called the “Michael-Hull Bassamp.” Although the company dissolved in 1948, Hull was convinced that he was onto something big and doubled down, expanding his rag-tag operation — now known as the Ampeg Bassamp Company — into a small New York City midtown location that gave him close proximity to numerous nightclubs and studios.

Hull and his new amp designers continued to refine and enhance new, better-sounding and more powerful bass amps. As endorsers signed up for the original pickup and the new amps, up-and-coming players took notice, and by the early 1950s, the Ampeg name began to take root. Interestingly, around the same time, a small number of companies started experimenting with related ideas for an electric bass. But Hull — whose musical taste was far more conventional than his inventions would suggest — didn’t think the electric bass concept had much of a chance. He was a jazz guy, after all.

It took a while for Hull and Oliver to hit their stride together, but they knew they were onto something special with the 1960 birth of the Ampeg B-15 Portaflex, with its unique “flip-top” design. The B-15 was an immediate game-changer. Its design and sound relegated all other bass amps that came before it (and arguably many others that came after) to the toy bin.

By today’s high-powered standards, you might think this cute, boxy-looking amp should never leave the bedroom, but as thousands of recording studios and bassists throughout the decades can attest, the B-15 was and still is the gold standard for bass tone.

Although it went through many design changes and derivations between 1960 and 1980, all of the versions of the B-15 generally fit the same basic description: a tuned, double-baffle cabinet with a closed-back, featuring a sweet-sounding heavy-duty 15-inch speaker and a separate, shock-mounted tube laden amp head crouched on top of a dolly. 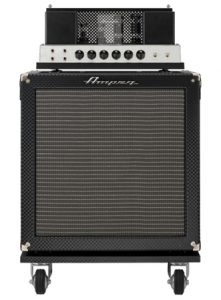 Still highly sought after by bassists young and old, the B-15 remains an important sonic benchmark in the music world. Today, Ampeg carries on the B-15’s rich legacy with the limited edition Heritage™ Series B-15 and the Portaflex™ Series of individual heads and cabinets, both of which marry undeniably cool design with an overarching vintage aesthetic.

The B-15, which was soon joined by the less renowned SB-12 and B-18 flip-top models (which provided 12″ and 18″ speakers, respectively), was the most prominent bass amp that Ampeg offered during the 1960s. Thanks to an influx of cash that came from taking the company public in 1963, other innovations for the lower clef were soon to follow.

Some were not exactly stunning successes. The Baby Bass, an upright instrument made from fiberglass that was small enough to be transported in a car seat (rather than tied onto the roof), wasn’t as well received by symphonies as Hull had hoped it might be, though it did meet favor with some Latin bands of the era. Nonetheless, Ampeg continued to dabble with adding instruments to its line, including a series of “horizontal” basses with scroll-shaped headstocks that never gained much traction, though they were used by Rick Danko of The Band and are prized by collectors today. But even after moving into a larger production facility to increase its capacity, the company remained poorly positioned to take advantage of the rock-and-roll craze of the ’60s largely because of Hull’s preference for jazz’s pure tone and his disdain for anything related to the rock genre.

By 1966, Ampeg’s sales and ever-expanding product line were cracking under the pressure caused by the company simply being out of step with the popular music of the era. First, Oliver left, and by the end of 1968, Hull himself had resigned from the company he had founded. New management was in place, new ideas were being bandied about, and in early 1969, a huge one took the music world by storm. 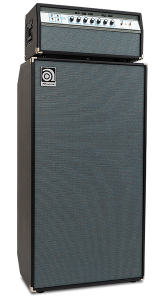 The Super Vacuum Tube amp, or SVT™ for short, was a 300-watt behemoth designed to sit atop a massive 8 x 10″ cabinet to deliver one of the most breathtaking bass sounds imaginable. Prior to the SVT, Ampeg’s most powerful amp had been the 55-watt B-25 (a tone monster in its own right), but when the SVT debuted, all conceptions of power and volume were shattered. The SVT was the first bass amp truly capable of handling arena rock volume and tone, and it remains synonymous with that ethos today, as seen and heard in Ampeg’s Heritage 50th Anniversary SVT as well as the Heritage SVT-CL amp paired with an SVT-810E cabinet. In addition, the Ampeg Classic Series offers a number of amp heads and cabinets inspired by the original SVT.

There probably aren’t two amps that could be more different than the B-15 and the SVT — designed nearly a decade apart by two entirely different teams — yet both are legendary in their own right. It’s a circuitous path from Everett Hull’s mic on a stick inside his upright bass in 1946 to the luscious B-15 of the early ’60s to the massive grinding sound of a modern-day SVT, but that path is a glorious one.

Ampeg changed corporate hands various times throughout the decades, and in 2018 the company became part of the Yamaha Guitar Group family. Yet the thread running through from 1946 to today remains intact. Ampeg’s history is one of building top-quality, innovative amps for serious bassists. You see it in the older amp designs just as you see it today in Ampeg’s modern SVT Pro Series, Bassamp Series and ProNeo enclosures. It’s the same unwavering focus on pure tone and power that has my basement loaded with new and vintage Ampeg gear, and I know I’m not alone. That would probably make Hull quite proud … just as long as no one told him we are all using his amps to play loud rock music. Savages.

Want to know more about the history of Ampeg? Check out the video:

Click here for more information about the history of Ampeg, and also check out the book “Ampeg: The Story Behind the Sound,” by Gregg Hopkins and Bill Moore. 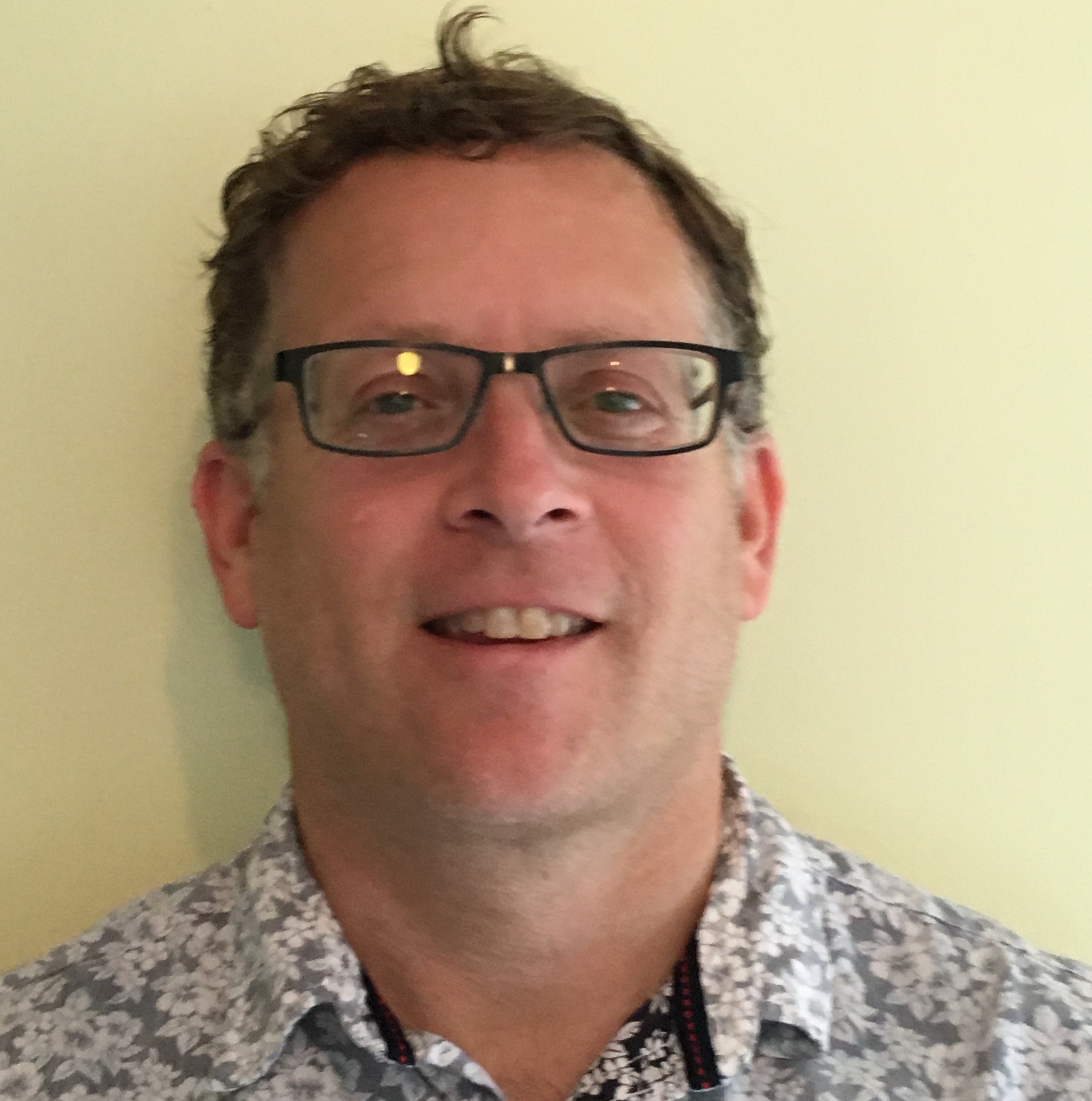