Much has been written about the relationship between music and architecture. For Dan Brunn, it’s not just some abstract academic discussion, it’s the story of his life. 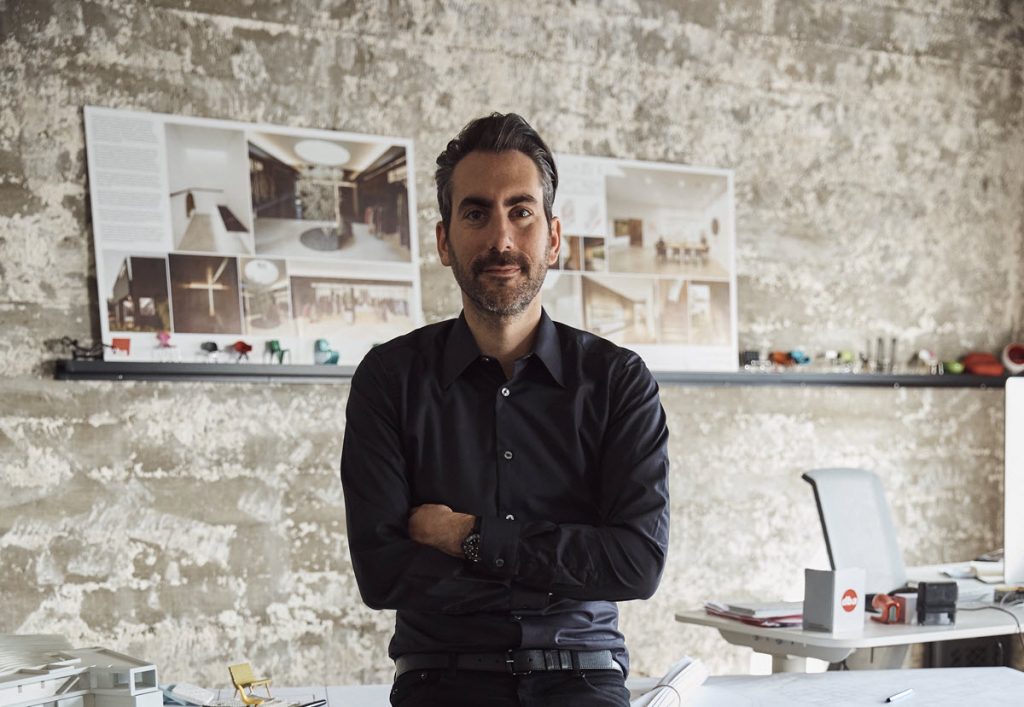 Brunn got into music early. “I grew up in Tel Aviv, and remember my mom playing Beatles records. I would listen along, and it was everything to me. Evidently, when I was seven, I turned to my mom and said, ‘When I grow up, I’m going to be a singer, but in English.’”

After moving to the U.S. at age eight, Brunn started playing piano and eventually switched to the guitar. His love for The Beatles remains to this day, and he doesn’t shy away from playing guitar and performing live when the opportunity presents itself.

Brunn, who studied architecture at the University of Southern California and the Harvard Graduate School of Design, says his professional life has become an extension of his appreciation of both music and art.

His architectural vision was informed by the two cities he calls home: Tel Aviv and Los Angeles. The former, known as the White City for its Bauhaus-rich architecture style; and the latter, marked by the work of mid-century notables like Richard Neutra, Craig Ellwood and Pierre Koenig.

Brunn’s LA-based firm, Dan Brunn Architecture (DBA), has built many award-winning and noteworthy projects including “The Hide Out,” a renovation of a Frank Gehry home, now occupied by renowned artist James Jean, and the “Flip Flop House” in Venice Beach.

Exterior of “The Hide Out.” 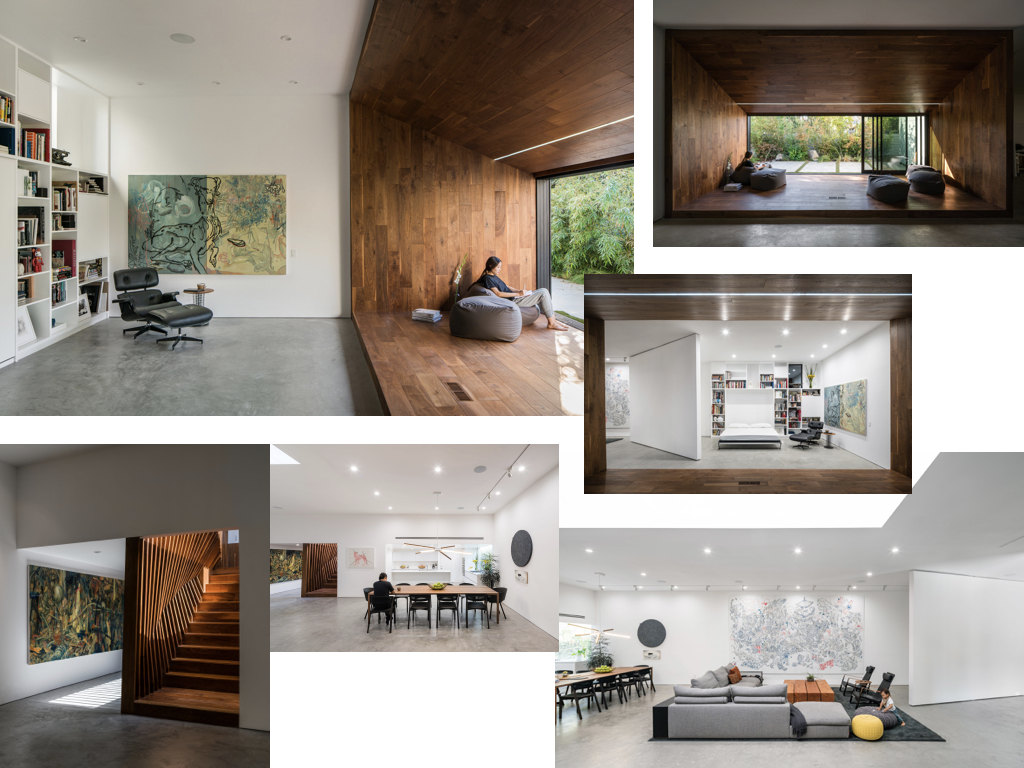 Interior of the “Flip-Flop House.”

Brunn says his passion for music has influenced his architecture. “I don’t think about it when designing,” he says, “but I go back and look at my designs, and then I figure it out. I talk a lot about choreography: The choreography of time, space and light.”

Brunn’s musical sensibilities also played a significant role in his latest project, known as Bridge House, a one-of-a-kind home on an oversized lot being built in the Los Angeles neighborhood of Brookside. The name reflects what Brunn’s design was meant to achieve and communicate: a raised structure, sitting above a brook that peacefully runs through the property.

In partnership with Dwell Magazine, Dan Brunn Architecture jumped at the rare opportunity to design a home on such an unique site. The house is 210 feet in length and 20 feet in width (4500 square feet in total). It’s entirely energy self-sufficient, thanks to an array of solar panels on its roof, and is made from steel that’s up to 90-percent recycled.

Bridge House was designed to offer a cohesive, immersive experience that is both practical and innovative. Each room creates its own distinct experience by using openings, colors, textures, sounds, smells, and space to inspire curiosity or stimulate a connection to the people and things around you.

Because the building is situated on an oblong lot that includes a wooded area, Brunn was able to set it back and turn it 90 degrees. This unusual placement disrupts the traditional idea of having a front and a back yard. 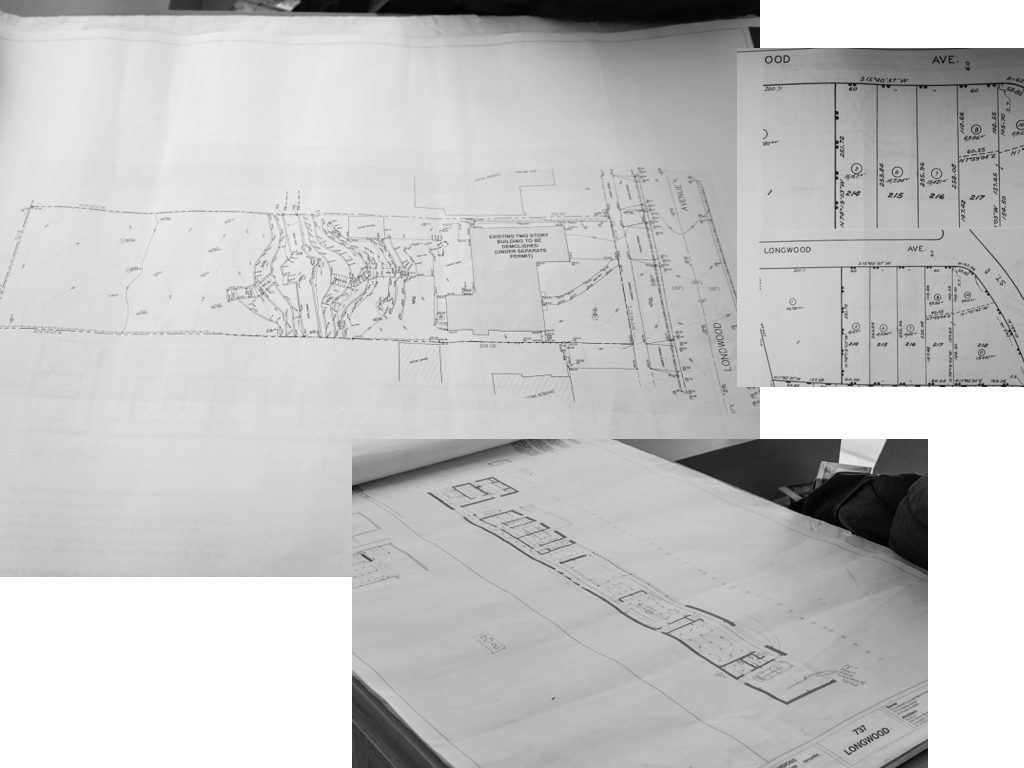 This setting also made it possible for some of the rooms to have a completely natural view. “There are seven layers of landscape,” he says. “You have no idea you’re in the middle of LA. The house is just a few blocks from Wilshire and Highland, but you feel like you’re in a forest.”

One of the ways that Brunn was able to create a different aesthetic and spatial experience for each room was by creating dramatic variation in the natural light — changing the rhythm, as it were, as you walk through. “There are four windows that are at the fulcrum of the house, right where it sits over the water,” he explains, “and light from the south goes through them, so as you’re walking, you get light that staccatos across your face, just like you were driving through a forest at sunrise. That is rhythm through space.” 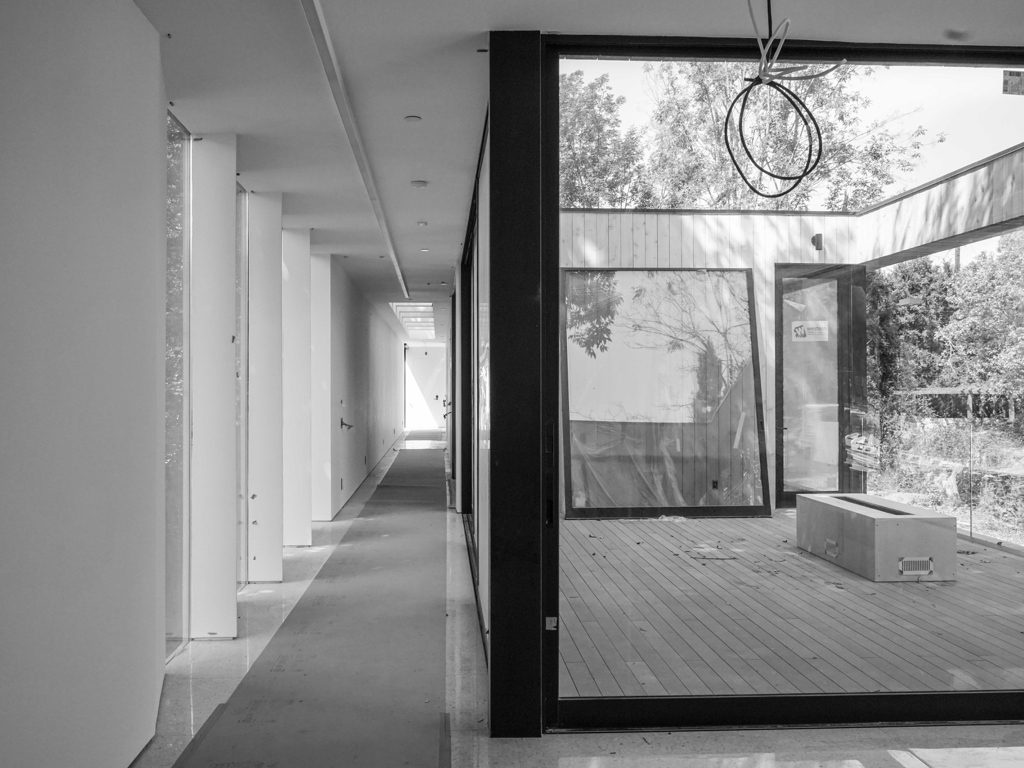 Four windows at the fulcrum of the house.

The next room is highlighted by a large window that hits visitors with a burst of light as they walk in. “You can imagine it as like hearing a big bass drum during a symphony,” says Brunn. The room after that one is lit by ten small skylights, each of which creates its own ray of light.

“Bridge House can be described having a pattern of time and light,” Brunn enthuses, “and it gives you that pace as you’re moving through that zone. That’s how I think rhythm is so connected, and that’s how music is so connected. I think you could literally write a score in Bridge House by walking through it.”

Skylights in the ceiling create rays of light.

There will be plenty of tech in the house, but Brunn designed it to integrate seamlessly. “You have to really think through everything and make technology disappear into the background of the house,” he says, “so the number one thing that you experience — and feel — is the space.”

Besides the musical influences on the architecture, there will be a lot of actual music playing in Bridge House, thanks to the natural weaving and subtle inclusion of Yamaha audio gear, including low-profile ceiling speakers, receivers and more. All were chosen and placed so that they subtly allow music and sound to amplify the visual experience. For example, there are Yamaha surround systems in the den and master bedroom — Dolby Atmos® and 5.1-channel, respectively.

“Throughout the house, we have ambient music,” Brunn explains, “and I love that — to be able to walk in and have some kind of experience through sound … via speakers that enhance the space. [And] just as we have light, we have a system that works with the air conditioning to put out a scent. So we’re incorporating all the senses. We want to integrate [the] overall experience to include vision, feeling, touch, sound and scent.”

Brunn’s design philosophy is remarkably similar to that of Yamaha: the evocation of joy, encouraging discovery, and celebrating natural beauty. An example is the den in Bridge House, which has a forest-like view. 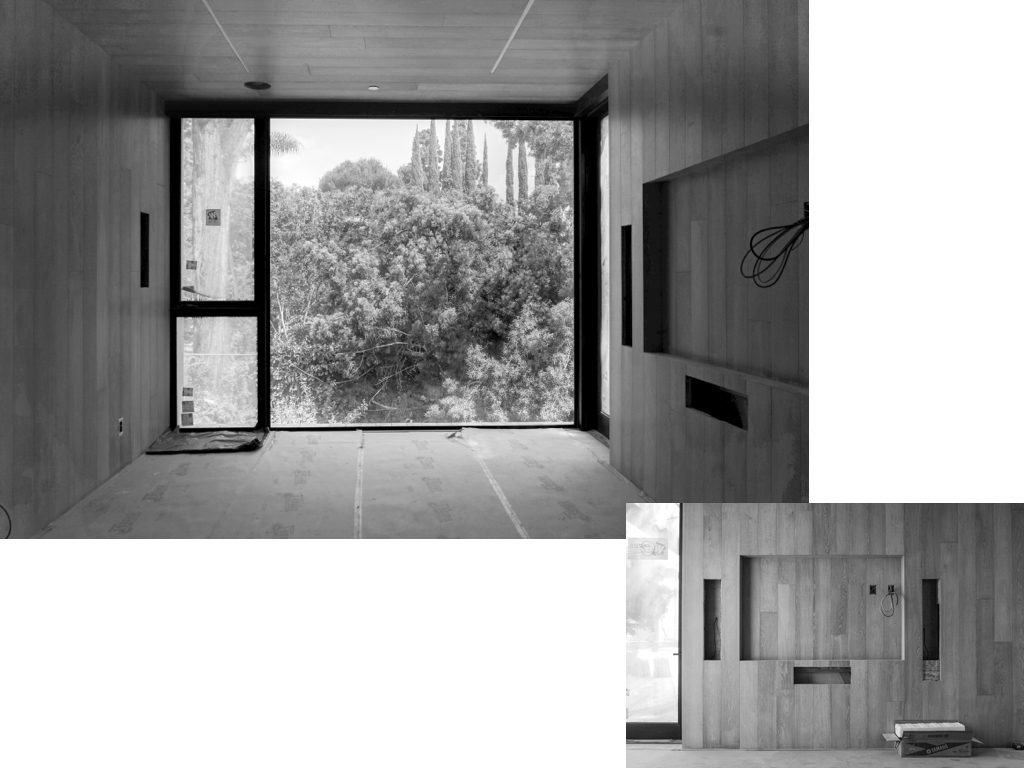 The den in Bridge House.

“Enhancing nature is extremely important for me,” Brunn says. “I want to connect the inside to the natural beauty around me. The den is truly immersive, with floor to ceiling wood panels. A window in the room creates a portal and frames a view of the wooded area outside.

“Imagine you’re elevated above the ground,” he continues. “Looking out, you’re in the tree line, and you have this innate connection from inside to the view of nature that rests outside. You feel like you’re immersed within the nature outdoors. To be able to have music and sound delicately enhance that experience is critically important. And it’s pure.”

Bridge House will be completed in May 2019. Check back here for more information at that time!