Building from the Ground Up

How to create a band program from scratch.

When Daniel Berard walked into his job interview at Fossil Ridge High School in Fort Collins, Colorado in 2004, he had a clear vision of how to start the band program from scratch. He pictured the program one, two, five and 10 years down the road and hoped the administration would buy into his plans.

“I laid out what I thought we might be able to do at Fossil Ridge, and that resonated with the people who opened the building,” recalls Berard, who had previously been a high school band director for 10 years before working toward his master’s degree in music education and instrumental conducting at Colorado State University.

Berard became a critical member on a core team of about a dozen individuals who opened the high school. Since the birth of the band program, he has striven for music excellence at Fossil Ridge as the performing arts department chair for the last 10 years and currently as the director of bands.

The band program has about 180 students this year, but 13 years ago, it had only 20 students. Over the years, the school’s bands have won several awards. The Wind Symphony and Symphonic Band received superior ratings at state and regional concert band festivals, and the marching band has been a state championship finalist every year since 2005, winning the 2012 and 2013 Colorado Class 5A marching band championships.

As the Fossil Ridge band program took life before his eyes, Berard says the first few years involved pumping blood into the group to get it up and running. “As we were getting going, we were just taking little baby steps along the way to make sure that every time we took a step forward, it was something that [the students and administration] could feel good about,” Berard explains. “Then we just built from there, slowly and methodically, kind of putting things in place.”

The three other high schools in the area had bands, but they did not really participate in marching activities, Berard says, so nurturing the band program in a community without a strong marching culture was the hardest part in the beginning.

To grow the marching arts at Fossil Ridge, Berard analyzed successful bands from across the country. “It’s matching what we wanted to do with what was happening from around the country and tailoring it to what our situation was going to be,” he says.

His firsthand observation of other groups helped him determine the structure of his rehearsals, how to keep students motivated and how to operate the chamber ensembles. Berard also pulled from his own personal experiences learning the value of patience and the business of band. 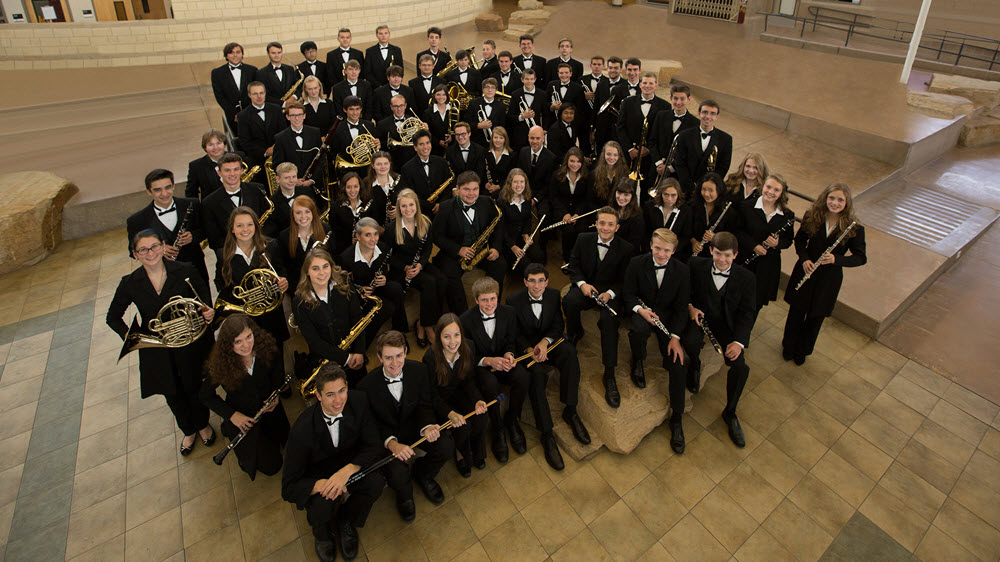 Logistically at Fossil Ridge, the students are split into three sit-down bands — concert band, Symphonic Band and Wind Symphony — starting with the first day of school. These three bands combine to make up the marching band in the fall. After marching season, students continue playing in the concert bands for the rest of the school year and perform in several small ensembles during the second quarter. Color guard members continue their training through a spring dance program.

While the program earned several awards over the years, Berard says he does not solely use those accomplishments to measure the bands’ successes — he also gauges everyday accomplishments during practices and dress rehearsals. “There’s a lot of what the community sees as being really successful,” he explains. “[If] you win a couple of state championships or something for marching band, everybody thinks things are great, which it is, but from the inside, I see it a little differently. The growth of the program is [measured] by having kids rally around achieving this really, really high level, and that sets the standard on a daily level. It was great to do some of these high-profile performances, but what we do every day establishes our opportunity to do some of those bigger things.”

The little successes, says Berard, snowball into large successes. Two of those pivotal moments came in 2012 and 2016 when the Wind Symphony performed at the Music for All National Festival. Berard submitted an audition video on a whim in 2012, and the performance became the first “award” from a concert band standpoint. “That started this special climb because the kids really rallied around what that meant for them and the school,” he remembers. “They knew they would be performing with some of the very best groups in the country, and that just kind of elevated everybody. That group of students set a new standard for what they wanted out of the band program, and that really challenged me. I had to get a lot better because they wanted to get a lot better.” And when the symphony went back four years later, he says the performance set even higher standards for the program.

The Heartbeat of the School

Berard says several people have spurred the band’s success over the years, with the students and administration being the driving force. Cook, on the other hand, credits Berard — who she calls the “heartbeat of the school.”

“Those kids learn skills they wouldn’t learn from anywhere else, and he rallies kids to that level of excellence,” says Cook. “Dan moves it to the next level because he believes in the quality of the program and he believes in the talent of those kids, and he’s able to bring that out and have them be successful.” 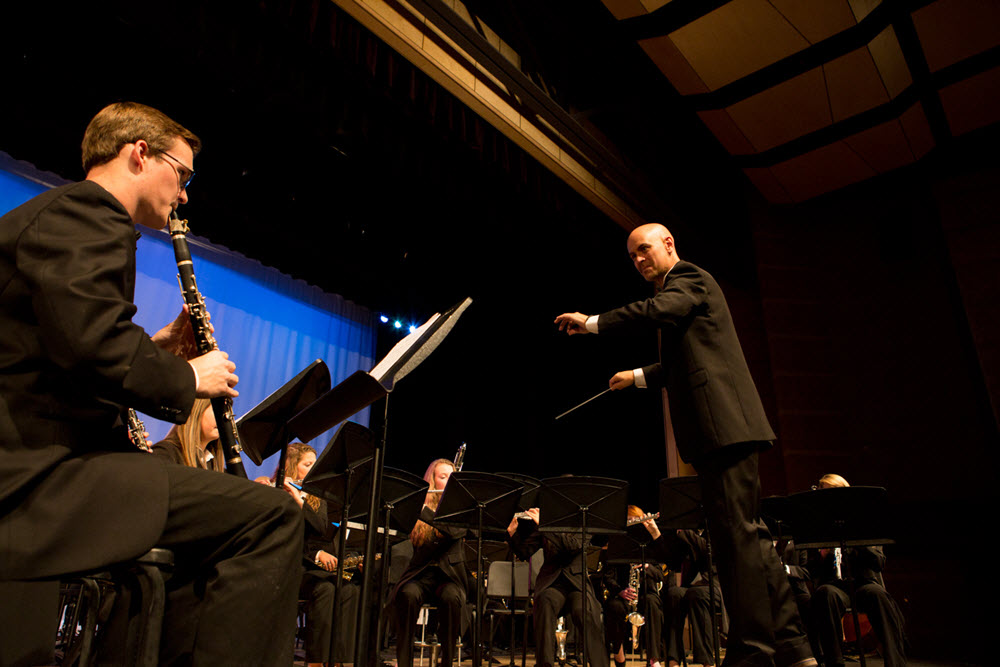 The skills students learn in band go beyond the music and technical side of playing; they learn responsibilities and lessons that translate both on and off the field, according to Cook. Seeing band students working on homework while riding the bus is a common scene at Fossil Ridge High School because they understand responsibility. The music students have higher GPAs and college acceptance rates along with less disciplinary problems.

French horn and mellophone player Morgan Herrick understands firsthand how the program helps students grow musically and academically. “The competitive nature of band and how successful our band is kind of pushes you, especially as young high schoolers, because you realize how you have a part in the whole,” says Herrick, a May 2017 graduate. “It’s your responsibility as an individual to be a part of something bigger and to help the group. I think that’s a really good skill for people going into high school — to start learning right from the beginning.”

While band programs may be expensive, Cook says that the rewards outweigh the costs because they allow students to explore future opportunities, like college scholarships and university and military bands.

Looking back on 13 years of the band program and how it all started, Berard calls the band’s success “magical.” The band met his 10-year goals in its seventh and eighth years, but maintaining this success could be even harder, he warns.

Embracing music technology and discovering different ways to keep students’ attention are just a couple of Berard’s current goals. With the foundation of the band now set, these “little” goals will eventually lead to the long-term health of the program and, Berard adds, hopefully create a legacy that will continue to live on.