Steinberg’s newly released WaveLab 10 is the latest rendition of the company’s audio mastering and editing software for Mac® and PC, available in two versions: Pro, which contains the full, comprehensive feature set, and Elements, which has a reduced, but still robust feature set.

There’s plenty new in WaveLab 10. Let’s look at the most significant additions:

– Video playback support: Now you can open video files in WaveLab, allowing you to see the visuals in sync with the audio you’re processing. 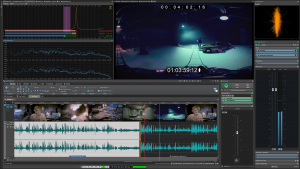 – A new Undo/Redo History system has been added to the audio editor workspace. Now you can edit audio with the confidence that you can revert to an earlier state if need be.

– Real-time rendering with audition is now included, allowing you to listen to real-time playback of your project as it renders. This capability lets you check your work as the file bounces to disk, so you don’t have to open it again afterward to check it.

– A new Performance Monitoring Meter in the Transport Bar makes it easy to track CPU usage as you go.

– Improved VST plug-in support: Now it’s easier than ever to open VST plug-ins inside of WaveLab.

– Reference Track: When mastering, the ability to compare your project with other audio is extremely helpful. The Pro version of WaveLab 10 introduces a Reference Track in the Audio Montage that can be easily compared with the audio in your project. 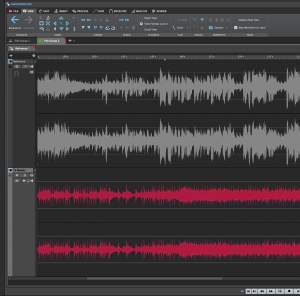 A Reference Track in the Pro version allows for A/B comparisons.

– Live input stream recording: Record as many live streams into WaveLab 10 as your input device/system can handle. You can even process them through the Master section and plug-in chain on the way in. (Pro version only.)

– Inline editing: This new capability added to the Pro version allows you to non-destructively edit audio inside an Audio Montage, providing a more DAW-like workflow.

– Improved marker handling: The Pro version also offers several improvements to its marker capabilities, including the ability to import markers from XML files. In addition, you now can move markers to the nearest zero-crossing point, and the Marker window adds a Follow Playback control.

– Extended external effects support in the form of External FX Busses allow for the integration of hardware effects into the WaveLab 10 signal chain. (Pro version only.) 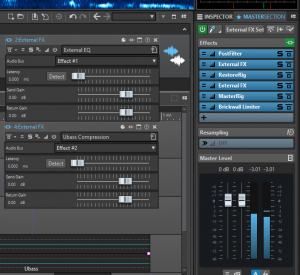 The Pro version allows the usage of external signal processors.

– More effects and playback processing slots are available in the Master section, giving you even more options for processing audio. (Pro version only.)

– Opening audio editors from within WaveLab: The Pro version of WaveLab allows you to launch external audio editors from inside of it. This means you can process audio in another editor — for example, Steinberg SpectraLayers — without having to leave WaveLab, thus making your workflow more efficient.

The Evolution of the Drum Pedal
The Power Of Music: Friends and NAMMily