Written by kevin@mondaylovesyou.com on July 8, 2019. Posted in Uncategorized.

I’ll never forget my first mentor. He made such an impact on me that I have a constant reminder of him in my home office. 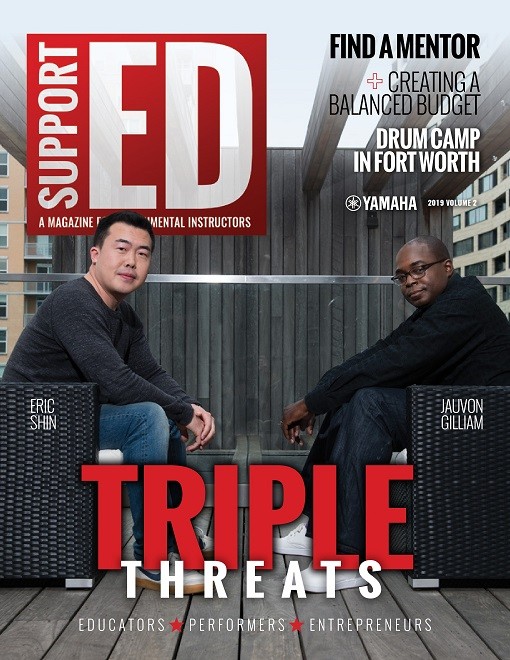 Hanging on the wall of my office is a print of a little structure with a huge fluorescent snowman holding an ice cream cone. On a quiet corner of 114th Street and Fifth Avenue in Troy, New York, stands The Snowman ice cream store.

When I was in sixth grade, my mother told me that my family had no money to pay for drum lessons. If I wanted to learn how to play, I better find a job. I knocked on the back door of that ice cream store, and a short, burly ex-Marine opened it and stared down at me. I told him I needed a job to buy drumsticks. He asked me how much I wanted to be paid. I told him $1 an hour.

That day started a mentor relationship that lasted until I spoke at Donald Baker’s retirement celebration many years later. He was the toughest but most compassionate mentor in my life.

I don’t think he tried to be a mentor. He never cut me an inch of slack! He lived how he felt a man should live. He was faster than me at everything. He could outshoot me in basketball. He was much better than me in math and insisted that we do all the math in our heads for adding up our customers’ bills. He was smarter and stronger than me and worked twice as hard. He showed me how to hustle and how to be kind to people regardless of how tired I was.

I laugh when I say this, but it’s true: Everything I needed to know about life, I learned at The Snowman.

In this issue of SupportED, we have a wonderful article on finding a mentor. I hope you enjoy it, and I hope you are serving as a mentor for someone. But most of all, I hope that you will write a short letter to the person who has been your most influential mentor.

This “Editor’s Note” serves as one of many letters I have written to Mr. Baker, who passed away in 2008. Thank you, “Bake” — you kicked my butt and made me a better man.

In addition to an article about Finding a Mentor, this issue includes:

Budget for Success — Music educators must work with their booster clubs to understand the basics of creating and sticking to a budget.

7 Ways to Help Band Directors Tackle Strings Education — Band directors are often tasked with taking on strings education even though they may not have any strings experience! These tips along with the skills they have honed as band directors will help them succeed.

Case Study: Summer Percussion Camp in Fort Worth — An army of volunteers and community partnerships transform Bass Performance Hall, an opulent opera house in Fort Worth, into a tuition-free classroom for a summer percussion camp.

Transporting the Drumline for a Fort Worth Summer Percussion Camp — A percussion director ensures that every camper at the Bass Performance Hall summer percussion camp has an instrument by borrowing equipment from local schools and using his personal instruments.

Jauvon Gilliam and Eric Shin: Performers, Teachers and Entrepreneurs — This issue’s cover story features two percussionists who are triple threats. They successfully juggle performing as principals with the National Symphony Orchestra, teaching at the University of Maryland and running their own businesses.