You’re visiting a friend (or relative) and are blown away — almost literally — by the sound coming from their audio system or home theater. The low end is making a special impression, to the point where the walls are almost starting to shake.

One glance around the room and you can see where the sound appears to be coming from: two or more speakers, connected, no doubt, to a powerful amp or receiver. But then there’s that mysterious-looking black box sitting on the floor, perhaps directly under the TV, perhaps tucked off to the side.

What the heck is it?

Well, actually, it’s the source of much of the magic you’re hearing. It’s a subwoofer — a special kind of speaker whose only job is to add extra sonic impact.

To better understand how this works, let’s break the word “subwoofer” down into its two parts: “sub” and “woofer.” A woofer is the big cone at the bottom of a loudspeaker, the section designed to produce low frequency sounds. (The other, smaller cone or metallic component — called a tweeter — produces high frequency sounds. In some cases, there may also be a mid driver to produce midrange sounds.)

The sub prefix is short for “sub bass” — the lowest of the low end. So a subwoofer is a speaker in an self-contained enclosure that reproduces only the very bottom of the audio spectrum — those rumbling sounds that we actually feel more than we hear.

A rich, full sound ideally consists of a good blend of not only highs, mids and lows, but sub-bass too. So when a HUGE bass pad makes your chest vibrate during the breakdown of your favorite dance song, or an epic explosion practically lifts you out of your seat while you’re watching your favorite action film, that mysterious black box on the floor — the subwoofer— is largely responsible.

The first subwoofers were designed in the 1960s to help add bass to Hi-Fi stereo systems. As technology progressed, they found their way into movie theaters and then into home theater systems, where they reproduce the LFE (Low Frequency Effects) channel in surround sound mixes. The often-used term “5.1” refers to five full-range speakers and a single subwoofer (the “.1”) to play back the lowest frequencies. Advanced products like the 9.2 channel Yamaha RX-A3080 AV receiver can route signal to two subwoofers (“.2”), along with nine main speakers. 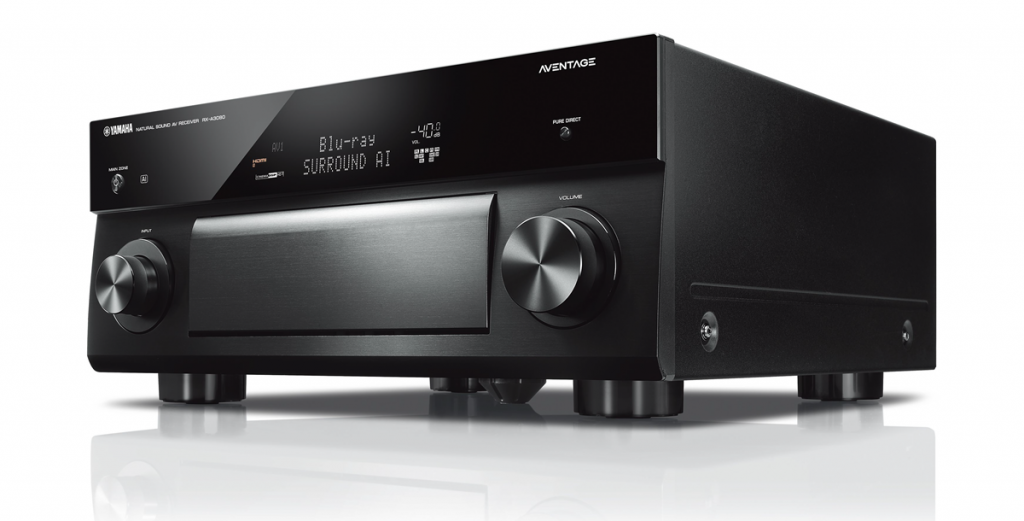 The enclosure plays an especially important role in the performance of a subwoofer. Usually made from wood, fiberglass or other sturdy materials, it holds the sub driver in place and may also include any associated electronics such as crossover (the frequency at which the subwoofer begins working) and volume controls. While designs vary, some subwoofers have a port or hole to help project the sound, while others are sealed. The Yamaha NS-SW050 features a Twisted Flair Port design, which helps create a smooth flow of air for additional clarity and accuracy. 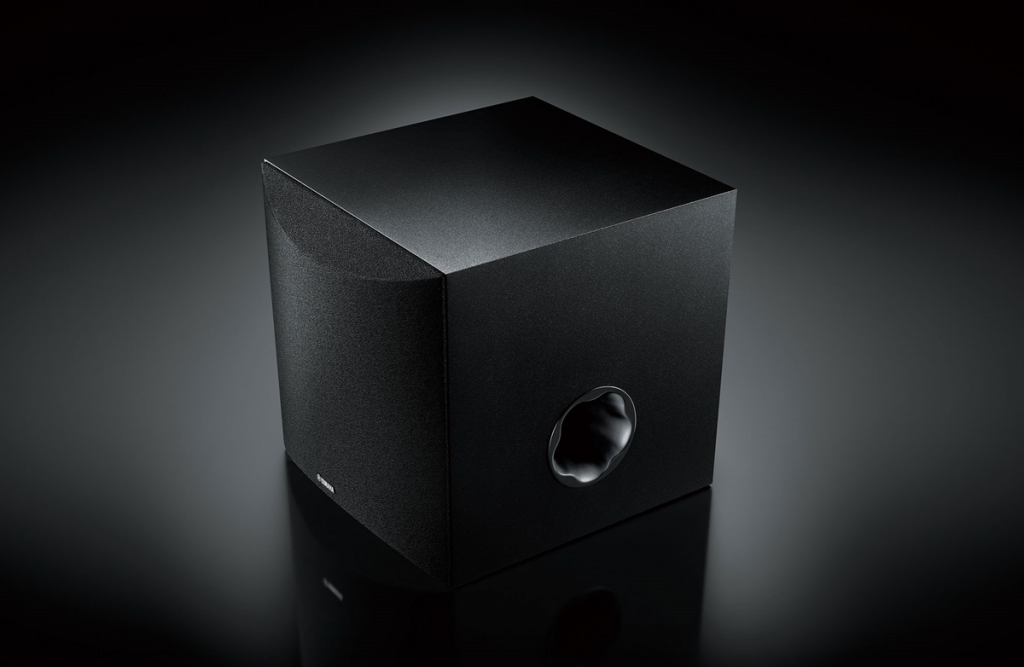 Active subwoofers include a dedicated amplifier, whereas passive subwoofers do not — instead, the power is provided by the amplifier or receiver. Power ratings, expressed in watts, represent the amount of power a subwoofer can handle on a short-term (“transient”) and/or continuous basis. Higher power ratings generally translate to a louder, cleaner sound. 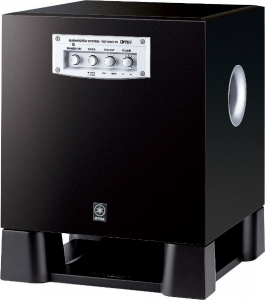 Subwoofer technology continues to improve. For example, there are now subwoofers (such as the Yamaha MusicCast SUB 100) that can connect with a MusicCast-capable system wirelessly. In addition, many Yamaha subwoofers, such as the NS-W and YST-SW lines, incorporate a proprietary system called Advanced YST (short for “Yamaha Active Stereo Technology”). This helps improve the motion of the subwoofer driver for especially strong and accurate low end. Some Yamaha models, including the YSD-SW215, also utilize an advanced technology called QD-Bass, which uses a down-firing driver for more efficient bass output. Subwoofers can also work with sound bars, helping to extend their frequency range. With a product such as the Yamaha MusicCast BAR 400, a wireless subwoofer is included, allowing you to place it anywhere in the room. (Low frequencies are not easily localized — that is, it’s hard for the human hear to perceive where they come from — so a subwoofer can be positioned pretty much anyplace it sounds good.) So if you’re looking to improve the richness and fullness of your audio system or home theater, put one of those black boxes on your floor. It will help lighten the load on your other speakers or sound bar, and fill out the all-important bottom end. More importantly, your favorite action films, video games and music tracks are sure to sound better for it.