Two million are going. Another 1.5 million — and growing — are interested. And that’s just the RSVPs from those on Facebook who plan to storm Area 51 on September 20.

The plan is multifaceted, but simple at its core: Meet up in rural Nevada, coordinate parties, penetrate a restricted area and see “them aliens.”

What could go wrong?

Actually, lots. For one thing, according to a military spokesperson, “any attempt to illegally access military installations or military training areas is dangerous.”

And even if you were to pull off a successful naruto run, outsmart the authorities and make it into this highly classified United States Air Force facility, who could possibly know what you’ll encounter?

Here are some top movie scenes to prepare you for what to expect if you someday come face-to-face with another life form.

If you’re storming Area 51, leave your pets at home. Even if they’re service animals. Especially if they’re birds; and, more specifically, doves. In fact, avoid wearing white altogether. Check it out here.

Let’s say you make it past security and into Area 51. Assuming that this Air Force Facility doesn’t use TSA screening processes, you might even make it in with some water. Not only will this keep you hydrated in the desert, it might also double as a defense mechanism if the aliens are unkind. Check it out here.

All branches of the military were mobilized for this encounter, with POTUS himself making first contact. This may be our favorite way for communicating with alien life forms to date.  Check it out here.

4. The Day the Earth Stood Still

The Earth has changed a lot since 1951. In fact, September 20, 2019 might be referred to as The Day the Earth Naruto Ran. If Gort-like creatures are locked up in the facility, they’ve hopefully evolved with more grace and dexterity since the OG. Regardless, approach with caution. Check it out here.

We’ve all heard of a wolf in sheep’s clothing. How about an alien in a dog? Expect the unexpected in Area 51. Check it out here.

Not only has Haley Joel Osment seen dead people (like, all the time), he’s also seen these curious forms of existence. Check it out here.

So, rather than rally around the “they can’t stop all of us” battle cry, think about how much better it would be to instead spend the day watching any or all of these movies in the comfort of your home. It’s easy to find out where they’re available to rent or stream for free: simply go to JustWatch. If you find something on Netflix®, here’s how to get the best audio.

For the best audio experience to complement the extra-terrestrials onscreen, be sure to connect your AV receiver or sound bar via HDMI to the ARC input on your 4K Ultra HD TV. The latest gear from Yamaha allows you to enjoy the benefits of eARC.

Yamaha does not endorse or condone the actions of any group or groups encouraging a visit to Area 51. 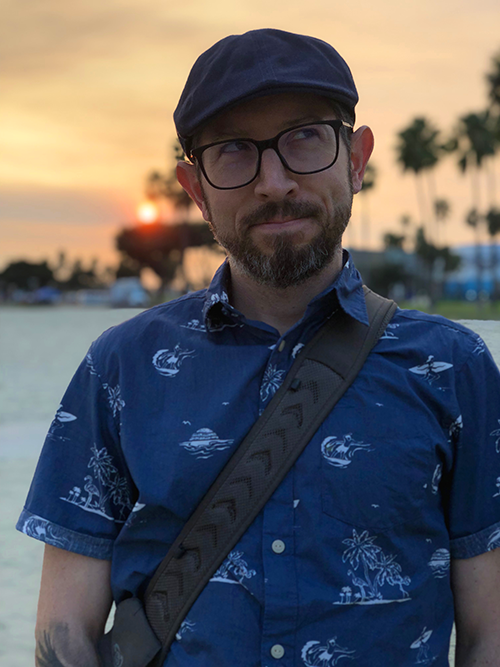 Joel Kennedy started writing before he could talk, only now it’s legible. His creative writing has spanned a number of genres – from Walt Disney World trip planning, financial services and pest management to craft beer and consumer audio – essentially the finer things in life (minus the termites). Musically, he’s progressed from show choir and clarinet in grade school to rock star in high school and college. He now plays guitar primarily in his bedroom – a space he shares with his wife, which is adjacent to his two sons’ bedroom at their home in Orange, California.

May the Fourth Be With You: The Best Moments from the Star Wars Saga
Future-Proof Your AV Gear With HDCP 2.3