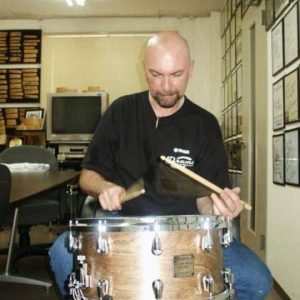 Originally from Kansas City, Missouri, Jim Haler started playing drums when he was just ten years old. At age 14 he began taking private lessons and played his first paying gig. In addition to his involvement in his high school’s music program, he played in clubs several nights a week, performed in summer theater and taught drumming. After graduating from the Armed Forces School of Music, Jim was stationed with the U.S. Navy Band in San Francisco, with whom he toured the country playing a wide variety of musical styles. After his military service, he chased his rock star dreams playing in bands and doing session work. Jim joined Yamaha in 2003 as a product manager for the Drums group.

When it comes to choosing the best components for your drum set — from cymbals to the drums themselves — making the right decision can be difficult. The same is true when it comes to drum hardware. Here are five