Yamaha Artist Michael Tilson Thomas has a legacy that looms large. Recognized early on as a musical trailblazer and champion of the new, MTT (as he is known) has forged an illustrious career as a conductor, pianist, composer, educator and passionate advocate for American composers — a bold public figure who, like Leonard Bernstein before him, has reached out to new audiences as he entertains, educates, and shares the joy and magic of music-making. In that spirit, one of his most forward-looking projects has been his 1987 co-founding and artistic directorship of the New World Symphony — a postgraduate orchestral academy dedicated to preparing young musicians of diverse backgrounds for leadership roles in classical music. 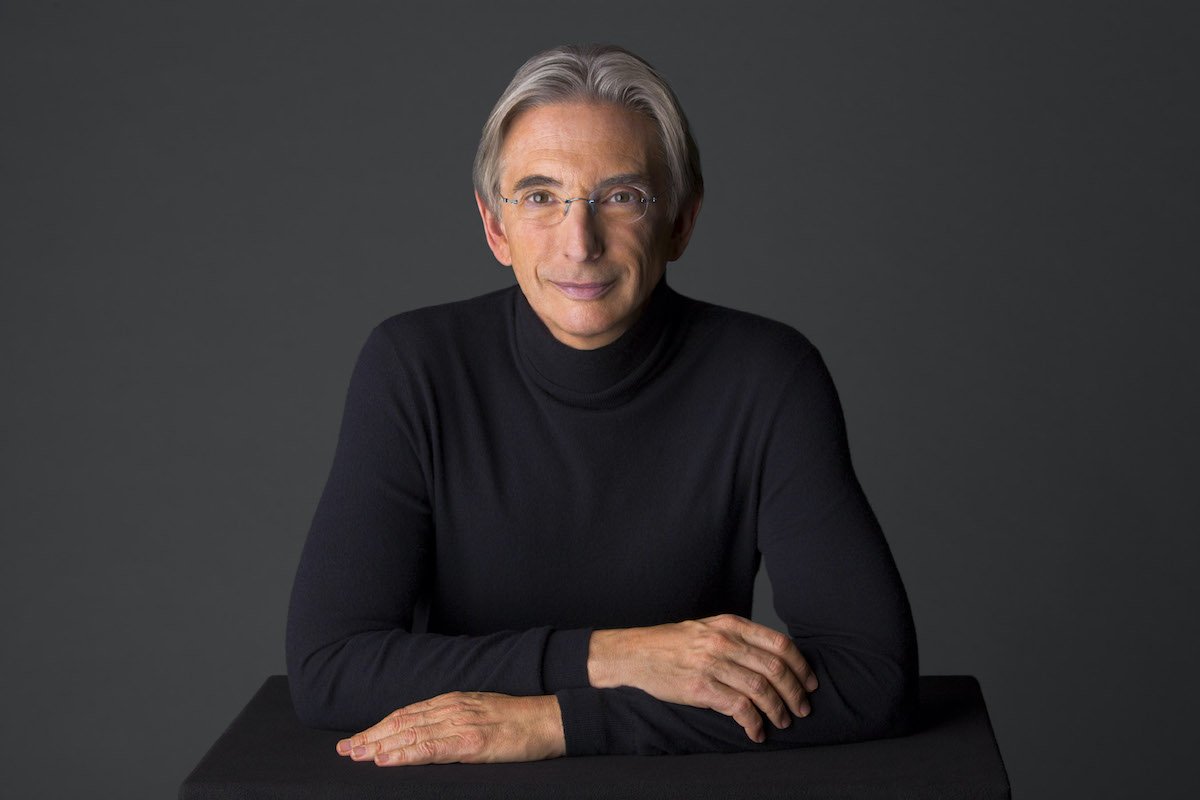 After serving for 25 years as the Music Director of the San Francisco Symphony, Tilson Thomas recently stepped down from this position and became the orchestra’s first Music Director Laureate. In celebration of his storied tenure in San Francisco, and in light of the recently aired PBS American Masters documentary “Michael Tilson Thomas: Where Now Is,” this article takes a look back at his roots and traces his career from its beginnings to today, spotlighting his many accomplishments along the way.

Michael Tilson Thomas was born into a family with long ties to the Yiddish Theatre and the film industry. His formal studies at the University of Southern California included piano, conducting and composition.

At the tender age of 19, MTT was named Music Director of the Southern California Young Musicians Foundation Debut Orchestra, where he served as both pianist and conductor for master classes with violinist Jascha Heifetz and cellist Gregor Piatigorsky. During his time with the ensemble he collaborated with Igor Stravinsky, Pierre Boulez, Karlheinz Stockhausen and Aaron Copland on premieres of their compositions at Los Angeles’ Monday Evening Concerts, showing his early penchant for modern music.

Tilson Thomas’ New York conducting debut came when he was just 24 years old. He had recently been appointed Assistant Conductor and pianist of the Boston Symphony Orchestra, and when William Steinberg, the orchestra’s Music Director fell ill during the first half of the program, he said to MTT, “You! Put your suit on! You’re going to conduct!” This brought him to the attention of the world stage, and his career took off.

MTT has had an ongoing special relationship with the music of Mahler, and his performances and recordings of that composer are renowned the world over. He is noted both as a conductor of the standard repertoire, including the music of Bach, Beethoven, Debussy, and Stravinsky, and as a champion of such composers as Charles Ives, Carl Ruggles, Steve Reich, Lou Harrison, Morton Feldman, and Henry Cowell.

An adventurous composer himself, MTT has written works ranging from large orchestral pieces to solo piano miniatures. Among his most notable compositions was “From the Diary of Anne Frank,” a commission from UNICEF which was premiered by the New World Symphony in 1990, narrated by the late Audrey Hepburn. The work appears on a new San Francisco Symphony recording of MTT’s music with narration by mezzo-soprano Isabel Leonard. This recording also includes MTT’s “Meditations on Rilke,” featuring mezzo-soprano Sasha Cooke and bass-baritone Ryan McKinny.

In addition to his quarter-century with the San Francisco Symphony, Tilson Thomas has served two stints as a Carnegie Hall Perspectives artist and has appeared on over 120 recordings as a conductor. He’s also made numerous television appearances, including the Keeping Score PBS series as well as a series with the London Symphony Orchestra for BBC Television, broadcasts of the New York Philharmonic Young People’s Concerts from 1971 to 1977, numerous productions on PBS’s Great Performances, and the aforementioned PBS American Masters documentary.

His many awards include 11 Grammys® and the Kennedy Center Honors in 2019, as well as a National Medal of Arts, his naming as an Officier de l’Ordre des Arts et des Lettres of France, the Koussevitzky Prize at Tanglewood, and a Peabody Award for his radio series The MTT Files. He has also been inducted into the California Hall of Fame and the American Academy of Arts and Letters, and previously served as Principal Conductor of the London Symphony Orchestra and Principal Guest Conductor with both the Los Angeles Philharmonic and Boston Symphony Orchestra.

The San Francisco Symphony had planned to honor MTT’s tenure with special concerts this past summer, and though the events had to be cancelled, the organization pivoted successfully to a variety of online events. The San Francisco Symphony’s 25-day celebration of his history with the orchestra culminated in a Virtual Tribute event — MTT25: An American Icon — involving many of the orchestra members and guest soloists who have shared the joy of making music with Tilson Thomas over the years.

During the event, MTT reflected, “I do feel that there have been lots of moments when … as repertoire was premiered, or brought to life again in a completely new way, that we were right there on the cutting edge of what the performing arts are supposed to do — being a living testimony of keeping these great and noble ideas going forward … which music at its best witnesses so profoundly. It’s been a great honor.” And so it has been a great honor for all of us to share in the legacy of Michael Tilson Thomas — a legacy that will endure for all time.

Check out this video with Michael Tilson Thomas