It’s the end of a long, stressful day, and you’re ready to unwind with a great movie in your home theater. The scenes rapidly unfold and take you on a journey of sight, sound and adventure.

But what you may not realize is that, in addition to the dialogue, pictures and music telling the story, there are layers of sound that are critical to the end result. In this article, we’ll take a look at what goes into those crucial elements.

The dictionary definition of the term Foley (named after sound effects pioneer Jack Foley) refers to the “addition of recorded sound effects after the shooting of a film.” Those who help create such sounds are called Foley artists.

When shooting a film, the objective on set is to use microphones to solely (or, at least, primarily) capture the dialogue of the actors (a process called field recording), with all the other audio — doors slamming, sirens wailing, glass breaking, etc. — added afterwards. This approach allows for additional control over each element later at the mix stage.

During post-production, a Foley artist would watch the film on a screen and recreate the sounds in perfect time to the action. For example, if the visual was of someone walking down a hallway, they would put on a pair of shoes similar to those used by the actor or actress onscreen, place a microphone near the floor and painstakingly record each footstep in perfect synchronization to the picture. Done correctly, the viewer wouldn’t have any awareness that the sound of those shoes were actually recorded and mixed into the picture independently. 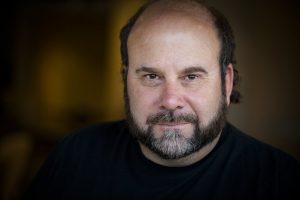 But, like most other aspects of film-making, the process has evolved over time. For one thing, the work now usually occurs in specialized “Foley studios” that are outfitted with every manner of sound-mimicking devices, such as boxes filled with different kinds of material to simulate different floor surfaces. For another, the process has become even more specialized. “Foley today tends to be just those sounds created by human interaction, such as footsteps created by different shoes on different surfaces, picking things up, putting on a jacket, moving through brush, or fidgeting with something in your hands,” explains veteran Hollywood sound supervisor / sound designer Scott Gershin, whose list of credits includes Night Crawler, Pacific Rim, Shrek and American Beauty.

Gershin emphasizes, however, that Foley is just one of the tools in the sound designer’s toolbox. “We also cut in sound effects, which range from gunshots and explosions to vehicles and car chases, as well as the simple sound of something like a doorbell or a chime that rings when a car door is opened. In addition, we may be called upon to design sounds that don’t exist in nature, such as creatures, robots, exotic energy weapons, starships, etc., using sound effects in a stylish way to create emotions and storytelling. This can be things such as how fan blades evolve into a Huey helicopter in Apocalypse Now, or a slow motion scene that suspends time, or a scene where everything is being seen through a distorted reality.”

An integrated approach is often the best one. “Many times,” Gershin says, “sound designers will work with Foley artists and use Foley stages to create elements in their design, such as shooting pennies across the room to be used as bullet sounds.”

Then there’s walla, which is different than either the dialogue recorded by the actors, or Foley, or sound effects. Gershin explains: “We bring in a “walla group,” which typically consists of eight to fifteen actors who, while watching picture, vocalize the sound of a background crowd in the scene, such as patrons in a restaurant, or outdoor street markets, or people just standing talking on the corner. They may also do chants and even sing-alongs in any accent or language.” It then becomes the job of the film’s dialogue editor to glue it all together and make it sound like it all happened at the same time.

Of course, with animated movies like Shrek or The Book of Life, there is literally no production sound at all. So every element — from the voices of the characters to the sounds they make to the environment itself — has to be created from scratch in the studio.

Think about your favorite action scene from any recent movie. Likely, it encompasses all of the above: Foley, sound effects, sound design and walla, along with dialogue and music. All of these separate elements would be combined together on the final mix stage, and the mixers would have control over each to create a finished product.

If it’s done right, you won’t think about any of it, leaving you to just focus on the story. And that, after all is said and done, is the ultimate goal of any great movie.

Check out the video!

Rich Tozzoli is a Grammy-nominated producer/mixer/composer based in the New York area. His credits include work with artists such as Al DiMeola, Ace Frehley, Omar Hakim and Emerson Lake & Palmer. Rich's music has appeared in over 700 TV series in 36 countries, and he has written for such shows as Live PD, Pawn Stars, Counting Cars, Duck Dynasty and NBC Olympics. Tozzoli has also authored numerous articles on audio production and technology as well as a book on surround sound mixing.