A new band director found that making gradual changes to her program was the best strategy to get buy-in from her students.

“Band is family” rings true for many marching arts participants across the country. But making the cultural paradigm a reality rather than an empty platitude could take years of strategizing.

When Jenn Bock joined the Highland High School band program in Gilbert, Arizona, as an assistant band director in 2017, she observed the current climate of the program to see how she could improve it.

As a top band in the state for the school’s entire 28-year history, “the program was very successful, but that also brings … a competitive aspect and some anxiety amongst the kids,” Bock says. “[I was able] to make a shift where the kids are really supportive of each other and encouraging as they work together.” 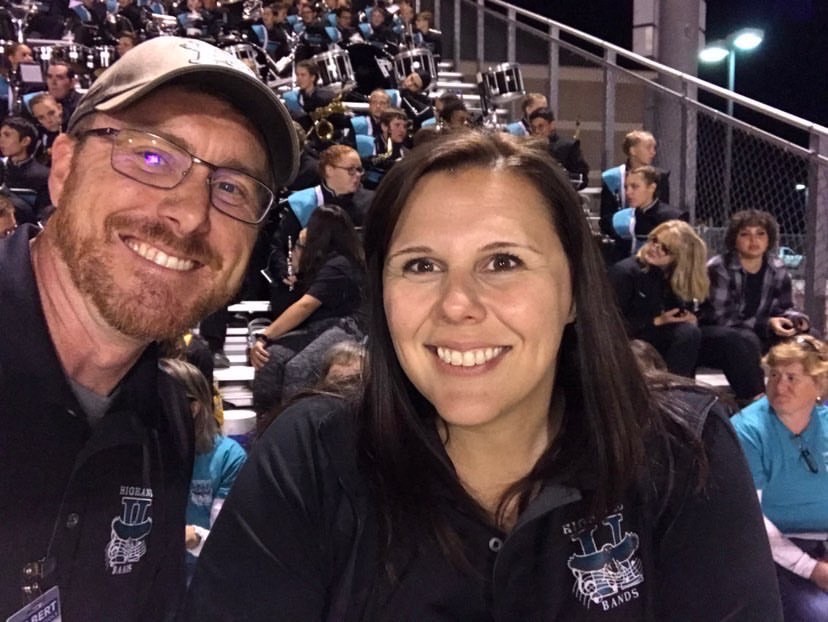 Joining a 22-year leader — Kevin Bennett — at the helm, Bock did not want to rock the boat. “Any time you go into a program as a second director, you don’t get a clean slate to just change it to whatever you want,” Bock says. “Kevin definitely established an amazing culture. But you always want to make the program feel a little bit more like your own. … It was really important for me to identify what my vision was — what do I bring to the table in this already established, successful program?”

Bock says that she spent her first year at Highland learning and observing. “In your first year of any program, … you’re there to learn as much as you are to teach,” Bock says. “Just being new is enough change in a year. Observe what’s there, what can change and what needs to change. Sometimes what you want to change doesn’t necessarily need to be changed. Being aware of what is happening in the program is really important in the beginning”

Bock says that she and Bennett were on the same page pedagogically. She also noticed that Bennett had established a great band motto — “Performing with passion and excellence” — that was included on all marketing materials and documents. Getting students to live the motto became one of her goals.

“It was at the top of every single paper, but when I asked any student what the motto was, not a single [one] could have told me four years ago,” Bock says. “Now if you ask, they all can tell you what the motto is, and the students bring that to everything we do,” including during rehearsals, at performances or just walking onto the field.

Bock asked herself, “How are we embodying that motto, and how are we making it more than just a statement on a piece of paper and more the driving force of what we do? … Eventually it just became: This is who we are.”

Bock created a “servant leadership model” from the top down. The first change was simple yet impactful. To select student leaders, the staff added in-person interviews to the process. During those interviews, Bock could ask prospective leaders their viewpoints about the band philosophies. 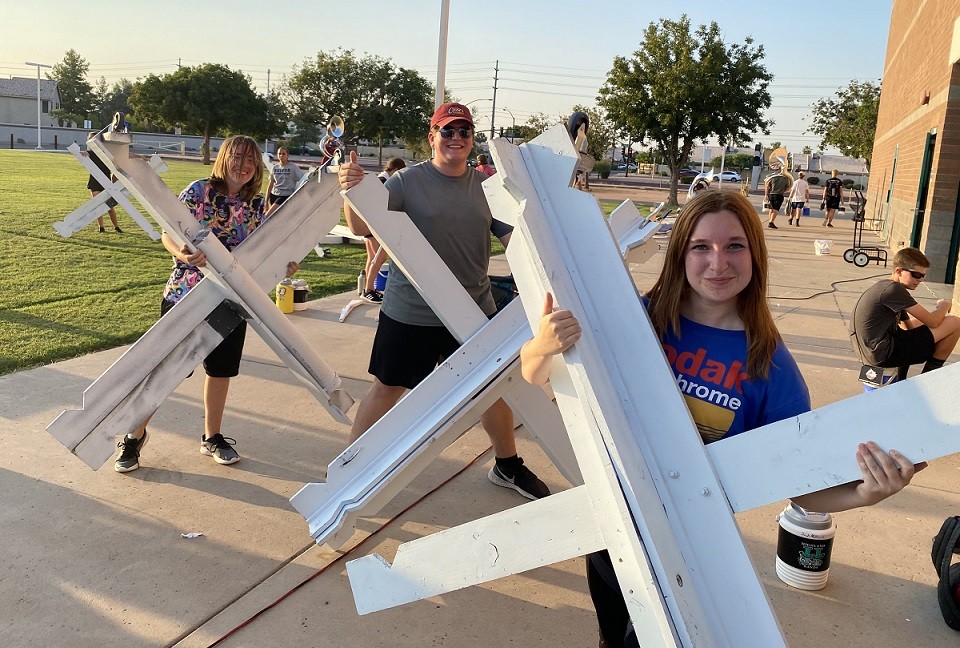 Then, Bock created a leadership training program using developed techniques from authors and well-known music education advocates, Dr. Tim Lautzenheiser and Scott Lang. “[Students now] understand that in their roles, they’re not higher than anyone. They’re here to help everyone,” Bock says. “And that’s a huge culture shift … in a leadership position.”

Overall, as student leaders began to change their beliefs and behaviors, they also had similar discussions with their sections. “When ideas and comments come from and through the student leaders, I think that’s where the shift is most powerful.”

In 2018, Bock expanded the leadership team beyond drum majors and section leaders in the form of various crews. The list is extensive: equipment crew, field crew, truck-loading crew, stage crew, media crew, facility crew, uniform crew, spirit crew, party and event crew, librarian crew and recruitment crew. “The students are taking the responsibility and the onus of the program on themselves,” she explains. 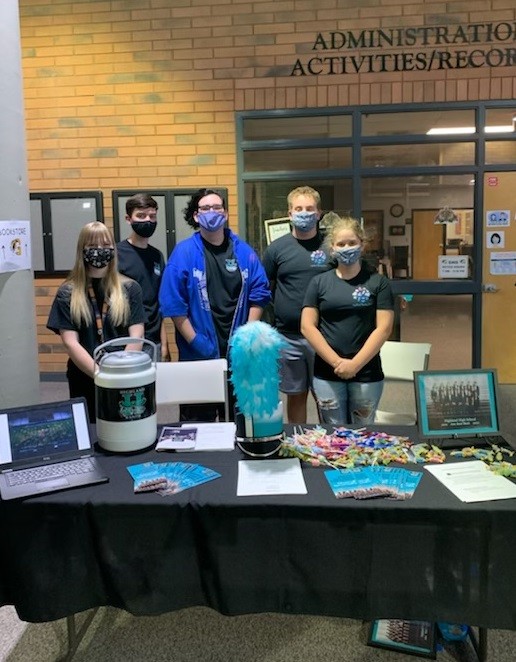 With 250 students in a band program comprising four concert bands, four jazz bands, two woodwind choirs, a marching band (with about half of the students), two winter guards and a concert percussion ensemble, Bock believes that there are hands-on roles for at least 100 students.

“When I got to Highland, the two drum majors did everything,” Bock says. “Those two students were phenomenal, but they were overwhelmed and stressed. Everything fell on their shoulders in a program of [more than] 200. We should have at least 100 kids doing all the little different aspects required for our program.”

While the jobs may seem more typical for parent volunteers, Bock chooses to let students handle them for various reasons. From a practical standpoint, less parents were involved in the program, and more tasks fell on the directors. In addition, crew positions gave more students ownership in the program’s success. And finally, the jobs helped students discover new skillsets and passions. “Now they’re recruiting for their own crews, and they’re telling me what to do, which is great,” Bock says.

While making these changes in the past four years, Bock has asked for student feedback informally through casual conversations and formally through end-of-semester surveys. “I have a lot of conversations with the kids,” she explains. “I often ask them their opinions [because] it’s their program. I’ve always felt that the band program belongs to the students, and the director is just the person chosen to serve and lead that program.” 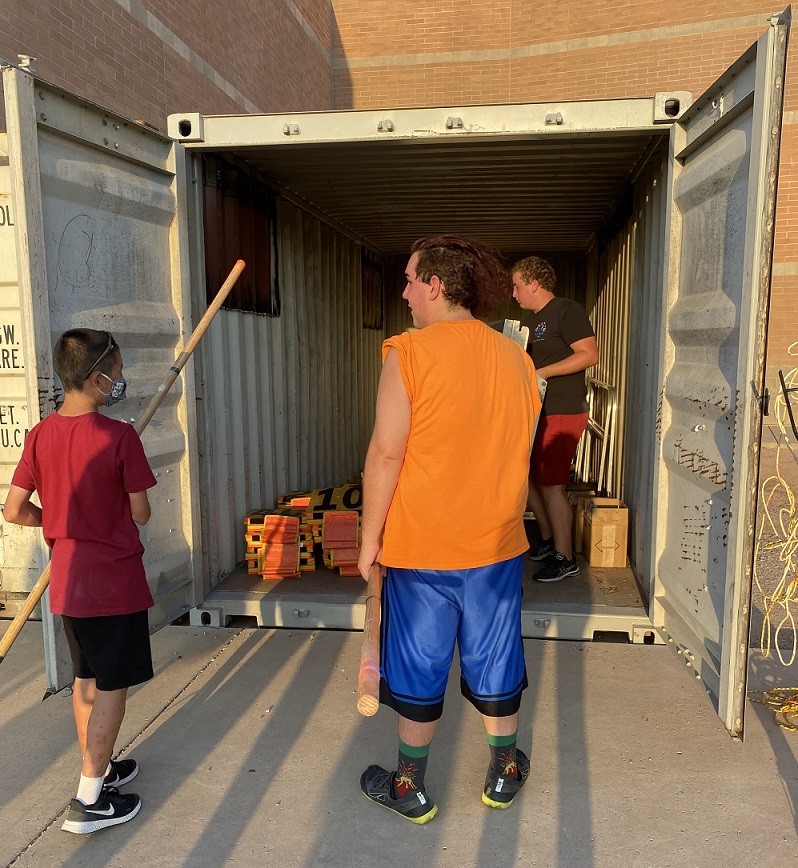 When students resist change, Bock is comfortable with letting them stick to the status quo. For example, Bock had considered assigning low brass instruments to students for greater efficiency, not realizing that they felt a special tradition with picking out their own, almost like a “Harry Potter” wand-selection moment, she says.

Bock has also surveyed parents. At the end of the 2019 season, Bock gave separate surveys to marching band students and parents. She sprinkled in questions about potential changes and whether the band would like to be more or less competitive. “Understanding what the community wants and needs from the band program and then meshing that with what you have as your vision is really important,” she says.

As a direct result of the surveys, the Highland band accepted an opportunity to represent the state of Arizona at the Pearl Harbor Memorial Parade in Hawaii on Dec. 7, 2021, which marks the 80th anniversary of the bombing of Pearl Harbor. “One of the changes based on the survey is to be a little more competitive,” Bock says. “Not that we weren’t competitive, but they wanted to see what more we could do. They wanted to see us challenge and push [the students] more.”

The band previously participated in the Tournament of Roses Parade in 2001 and the Macy’s Thanksgiving Day Parade  in 2004. “A trip to Hawaii is a great way to get people excited,” Bock says. “It’s been a long time since we’ve done big trips and big parades like this. … Our kids are very humbled by the opportunity for that experience. You can start to see the buzz happening.”

Bock took over as head marching band director in 2020, and for the future, she hopes to build on the excitement of the Hawaii trip to get more students and parents involved in the program, perhaps by hosting a competition.

“I think the most important thing [for a new director] is to be patient in shifting the vision,” Bock says. “Everyone has all these grand ideas when they get to a new program, and they want to immediately make changes. What has worked really well for me was to be patient with that shift. Just do a little bit every year. Eventually, in three or four years, you have a new culture … and nobody even noticed the shift because it happened so gradually.”