When busloads of middle school students with the Mater Dei Music Academy pull up to Disneyland or Knott’s Berry Farm, motivated young musicians disembark, ready to perform and have fun. 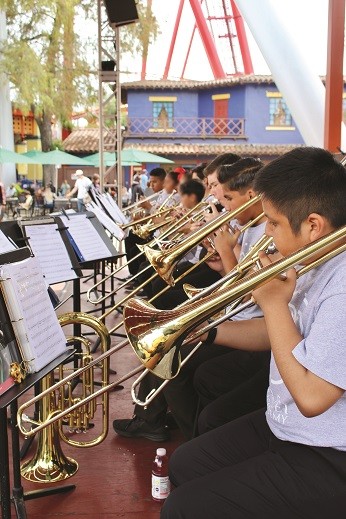 After their concert, they enjoy the rides at these Orange County, California, theme parks.

Playing at Disneyland or Knott’s is just one aspect of the Mater Dei Music Academy, an after-school program started by Mater Dei High School in Santa Ana during the 1970s. Attracting 300 to 400 students each year, the academy offers 4th- through 8th-grade students an ensemble music experience that they may not otherwise have.

With opportunities to participate in summer camps, a recorder class, beginning band, advanced band, jazz band, drumline and string ensembles, the students showcase their work at community centers, the Southern California School Band and Orchestra Association Festival and at the Segerstrom Center for the Arts, the county’s renowned concert hall.

Giving students performance experiences at a range of public venues is an important part of this program, says Taylor Smith, director of the Music Academy and associate band director at Mater Dei High School.

Justine Kadota joined the Music Academy for summer camp, then stayed with the program for two years playing trumpet in the advanced and jazz bands. “There is so much competition for kids’ attention that music often gets overlooked, which is to the detriment of their development,” says Susan Kadota, Justine’s mom. “The camaraderie and opportunity [at the academy] to put your musical ability to the test was great. This model is key to having kids appreciate music and set their sights on high school music.”

Each year, Smith contacts 10 area private Catholic elementary and middle schools as well as homeschooled students to let them know about the Music Academy. “I have a very open-door policy,” Smith says. “Any student from another school or homeschool kids can find a place here.”

Mater Dei instructors teach Music Academy students at their local schools during the day and two evenings a week at Mater Dei High School. “The goal is to have the students play their instruments at least four times a week,” Smith says.

Finding the right days and times for rehearsals and events can be challenging, says Fernando Martinez, Mater Dei’s director of instrumental music. But with careful planning and consistent communication with parents, students, principals and instructors, the scheduling works out.

Marian Alliance students receive scho­larships and financial assistance to attend the Music Academy. Other students pay a small annual “suggested donation,” Smith says. “Through collaboration and partnerships with our local parish schools, benefactors and parent support, we’ve been able to establish something valuable. But there’s always room for growth.” 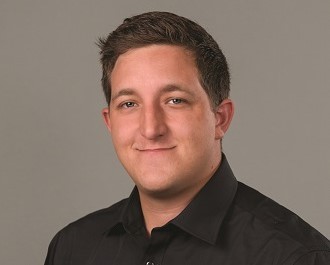 Smith joined the staff at Mater Dei High School in 2016 and has made a concerted effort to bolster the Music Academy’s image and experiences.

During Smith’s first year as director and with only a handful of days to prepare, Music Academy students were invited to perform an opening piece at the annual Mater Dei High School choir spring concert at the Segerstrom Center.

The students quickly learned and memorized the theme music from “Star Wars.” They performed on stage without formal attire or music stands and received a standing ovation. “We were able to talk about the program for about 30 seconds,” Smith recalls. “A couple of people were interested in donating to the program and wanted to know more.”

Today, Music Academy students still open the spring choir concert at Segerstrom, but they are more rehearsed, have a more polished stage presence and are set up as a concert band, wearing performance attire and playing seated while using music stands.

“When they get on stage, they handle themselves very well,” says Bruno Cilloniz, a Marian Alliance band director and Mater Dei percussion director. “It is awe-inspiring. As a director, it’s great to watch them savor every moment.”

Looking ahead, the Music Academy jazz band will be performing and competing during the Reno Jazz Festival at the University of Nevada for the first time in April 2020. 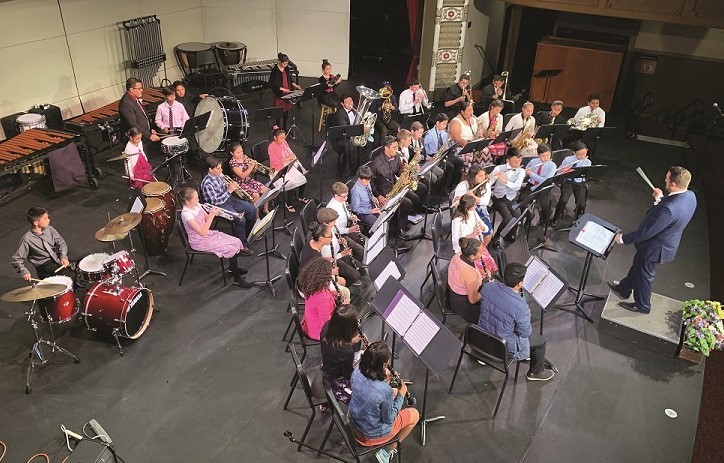 In 2019 the Music Academy won the silver award in the Music for All Advocacy in Action Award’s Beginning Recruitment Program category. “The award meant a lot to me, and the administration was excited,” Smith says. “It made me feel like I’m on the right track. My goal is to get music education in the private [education] sector in our area.”

That objective isn’t always easy, especially when public and private school funding for the arts is faltering in California. Some 88 percent of the state’s schools are failing to meet the California Education Code requirement of providing arts education, according to the arts advocacy group CreateCA.dreamhosters.com.

Some Marian Alliance students, who enrolled in the Music Academy in the 5th grade, are now seniors at Mater Dei.

“We’re starting to see the fruits of our labors,” Cilloniz says. “They are amazing musicians and want to major in music and get scholarships at prestigious music schools around the country. The families are very appreciative.”

Some, like 8th grader Derek Cornejo, who plays trombone, baritone and tuba, are invited to play in the high school marching band. He will attend Mater Dei High School next year.

“As a parent, music is an important aspect of [my son’s] education,” says Ed Cornejo, Derek’s dad. “It’s made him a well-rounded person. He’s enthusiastic. Derek comes home very excited about what he’s learned.”

As the Music Academy program continues to receive wider recognition, the most rewarding aspect for Smith hasn’t changed. He enjoys seeing the students’ excitement as they develop their musical ability and values building personal connections with the kids and their families.

“They always come up for a hug and their families do too,” Smith says. “Seeing the students light up and achieve something in their stressful world is gratifying. Some of these kids are the rocks of their family. … They need a place to feel comfortable, grow and stay connected.”