By opening the band room after school, a music educator has grown her program and instilled confidence in her students.

In 2018, Amanda Schoolland moved to the small community of Metlakatla, Alaska, to be the music director at Metlakatla High School. Although she was new to the area, she noticed that many of her students faced a similar issue as those at her former schools in Colorado — a lack of time or space to practice at home.

Regardless of location, Schoolland’s solution has been the same: Keep the band room open longer. “I make the band room available every day after school,” she says. “It’s not utilized every day, but it is available. It’s marked in my office hours as one hour, but I’ve been known to stay two or three hours if students are really getting into the music.”

Like with any skill, practicing music leads to progress. Since making the effort to provide students with a practice space, Schoolland has noticed students becoming more confident, and, in the case of her program at Metlakatla, exponential membership growth. “When I arrived at Metlakatla, I had four students in the middle school band and six in the high school band,” she says. “My high school band now has 15 students this year, so we’ve more than doubled the program. In middle school, we have about 20, so we’ve quintupled the program!”

Providing that space for her students has led to increased trust and confidence. “The extra practice time fed into building relationships with students,” she says. “They became more confident, and as their confidence grew, other students saw their confidence and were drawn to it. It became a snowball effect.”

An Open Door to the Band Room 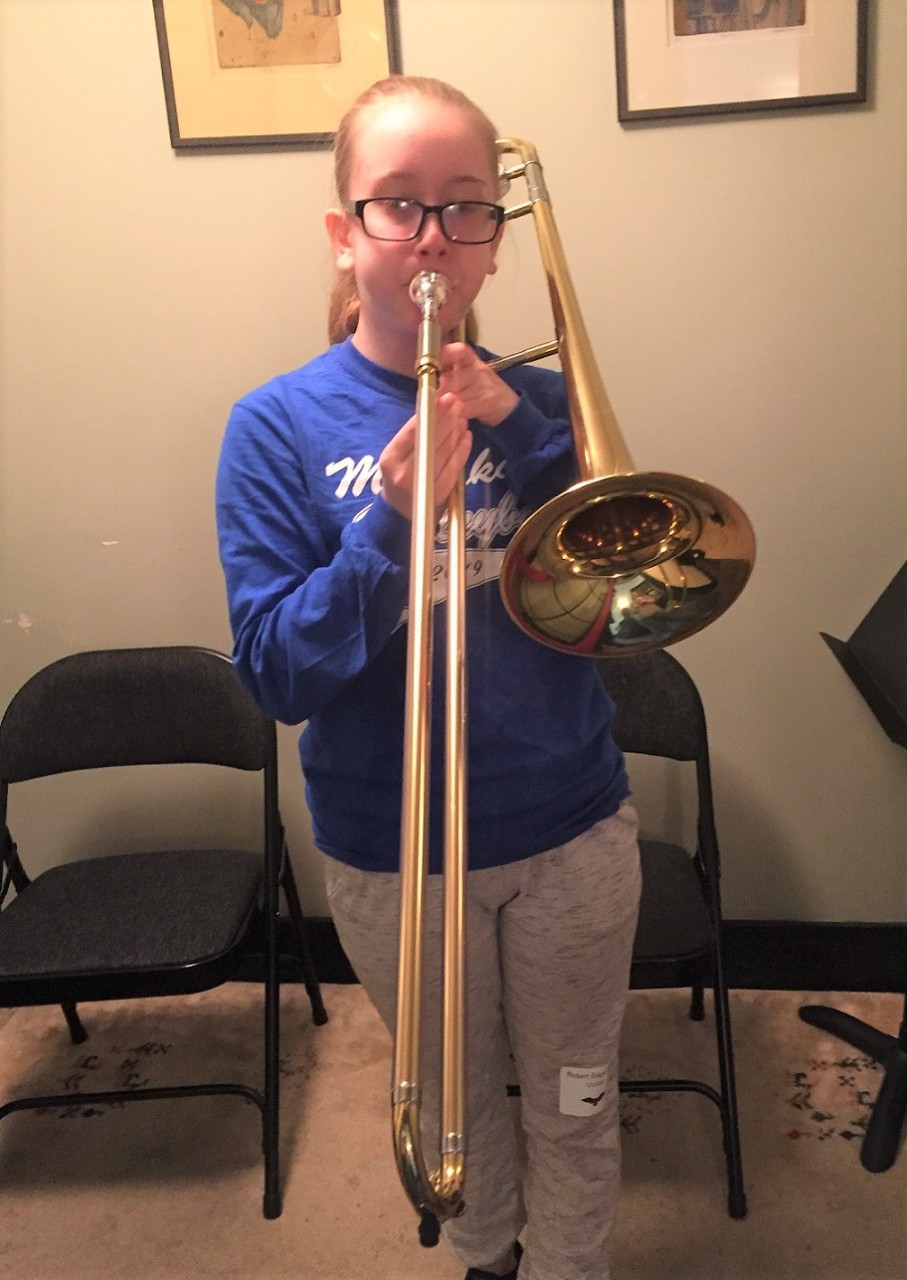 Schoolland first created her open-door band room policy while working at an inner-city school in Colorado. Many of her low-income students struggled with the logistical side of practicing their instruments, such as transporting their instruments to and from school or not having space at home to practice. “I had one student who lived in their car,” she says. “He couldn’t practice trombone in his back seat. That’s where the idea of keeping the band room open after school took root — from the knowledge that not every kid has a safe place to practice outside of school.”

After moving to Alaska, Schoolland made the band room accessible for one hour after school Monday through Friday. She allowed students to come in casually and practice whatever they wanted. “Any student could come by. If they wanted to play piano for the first time, or if they wanted to practice their band instrument, or even if they wanted to try a different instrument, they would have an opportunity to do that in a safe space,” she says.

In Metlakatla, the middle school and high school each have less than 100 total students. Because the community is so small, most students wear many hats. The band members and jocks are often one and the same. “They’re involved in everything,” Schoolland says. “I noticed they were having trouble coming after school when their sports schedule conflicted.” 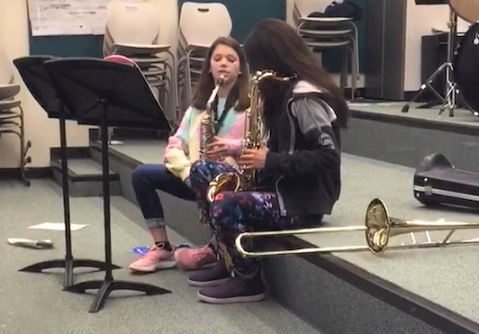 A growing music program requires mutual trust between students and teachers if it’s going to thrive and flourish. Getting students motivated to practice during their free periods or after school also requires that they gain self-confidence in their own musical abilities.

Building a trusting relationship with her students is Schoolland’s top priority. “[Playing music] exposes students,” she says. “We’re literally putting ourselves out there every time we make a sound. Mistakes are things to be overcome and fixed.”

Schoolland explains that students must feel safe to make mistakes during rehearsal and practice time. To create that safe atmosphere, she regularly calls out her own mistakes and shows students how she fixes them. “I resort to humor quite a bit in my classroom,” she says. “Students know that when I make a mistake, I can laugh about it and correct it. I am constantly telling kids, ‘I’m sorry. That was my mistake. Let me show you how I’m going to fix it.’”

One of the program’s biggest challenges arose when COVID-19 spread in 2020. Schools everywhere shut down, and Metlakatla was no exception. As the world tried to figure out what to make of the new virus, the school regularly shut down, went virtual and then reopened.

These constant changes made practicing music difficult for many students. “During COVID, we were in and out of school,” Schoolland says. “Kids were having trouble practicing at home. They’d go home, and school would be canceled for a month. They didn’t have their instruments.” 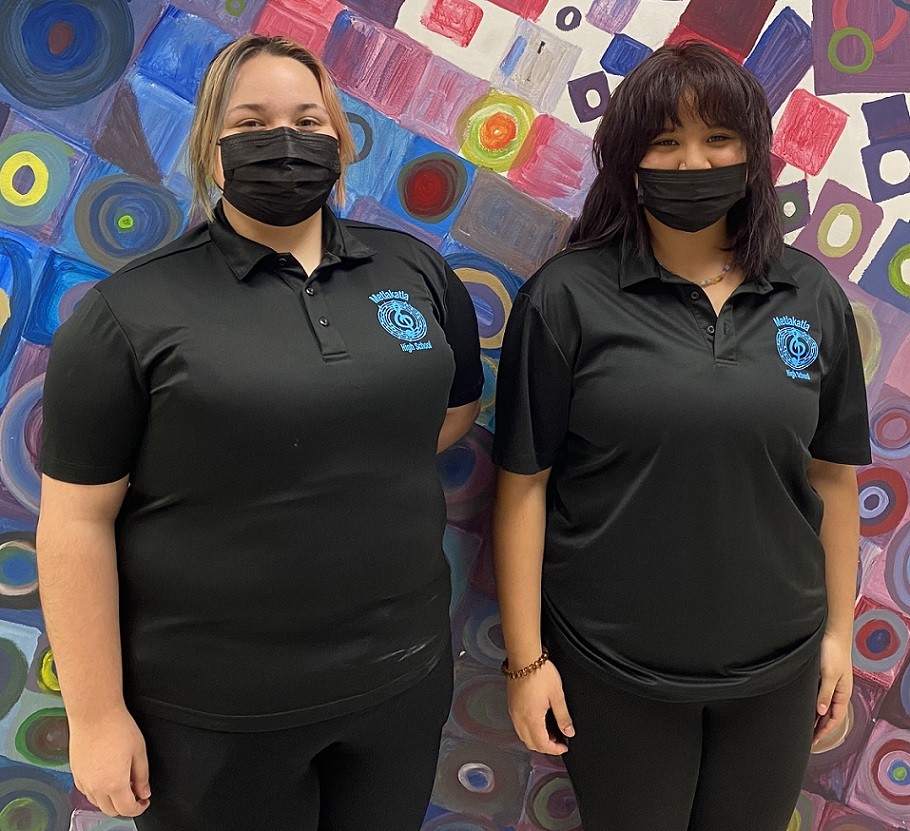 Being a small community worked in Metlakatla’s favor. “We literally know where everyone lives,” Schoolland says. “When we were shut down for more than a couple days at a time, staff members from the school volunteered to help deliver instruments. We were able to get instruments in kids’ hands pretty quickly.”

Once students had their instruments, though, new problems arose once again. Students who struggled to practice at their own houses pre-COVID had the same challenges during quarantine, but no school band room to utilize. Schoolland recalls, “A lot of kids said, ‘Well, I’m staying at my auntie’s house right now, and she has a newborn. Where can I practice?’”

This led Schoolland and her students to come up with some ingenious solutions. Schoolland signed up for MusicFirst to use its virtual practice platform, which allowed students to submit modified versions of practice assignments.

For example, some students just practiced fingerings if they weren’t allowed to make noise at home, and some students sang their parts. “During those times, they got really creative,” Schoolland says. 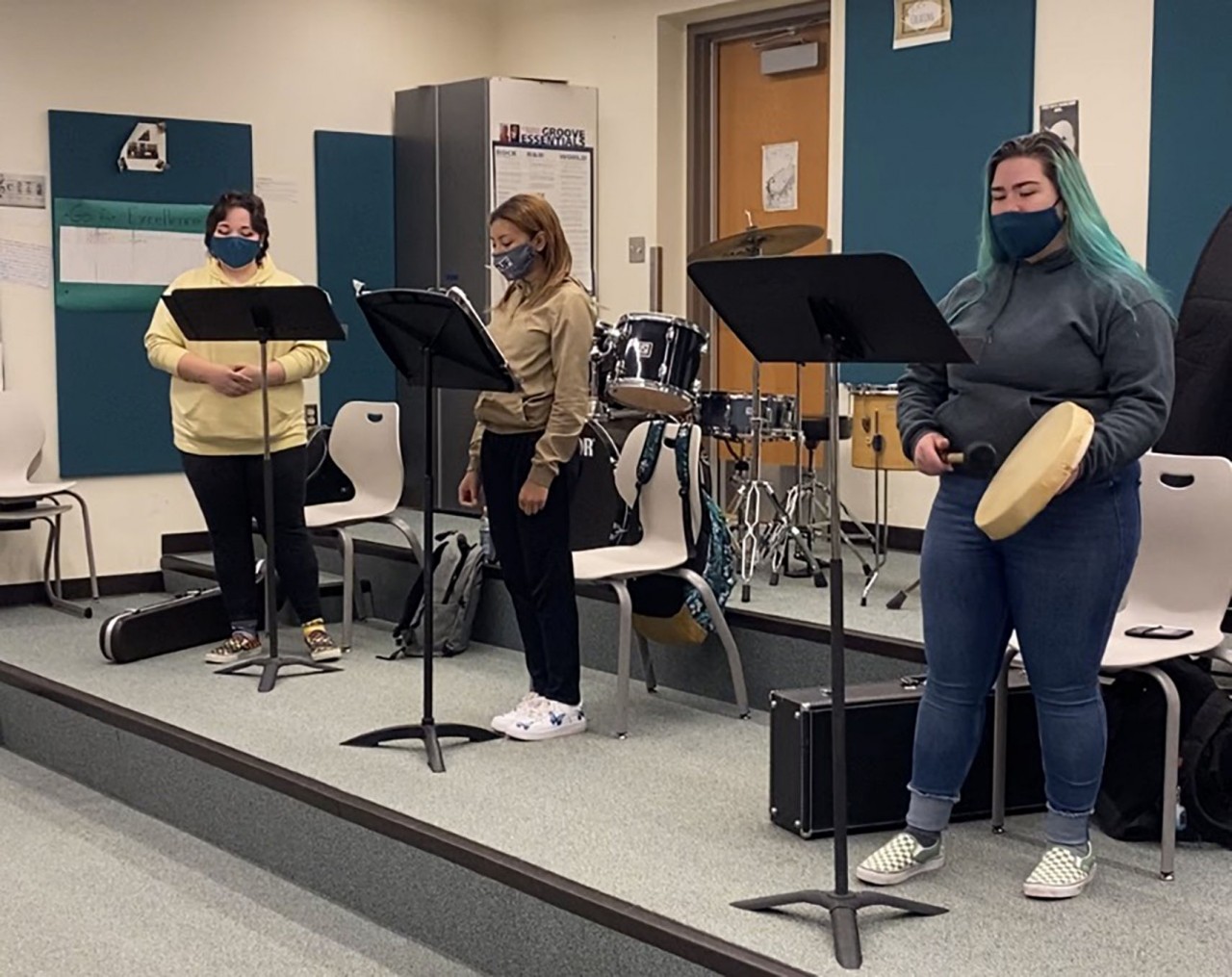 In addition to running Metlakatla’s middle school and high school bands, Schoolland teaches computer coding. Juggling a full day of classes and rehearsals with her signature open band room after school, which can run for three hours, requires a mix of passion and organization.

Schoolland doesn’t stay late to keep the band room open every day because she feels obligated to — she wants to be there. “I love my job. I love spending time with my students,” she says.

The biggest factor, though, is a commitment to your work, or as Schoolland calls it, being “all-in” on her job. “I moved to Alaska to work at this school. I feel like it’s my calling,” she says. “