At O’Fallon Township High School in Illinois, the band director goes above and beyond the call of duty to give students access to music at all levels.

At O’Fallon (Illinois) Township High School, when school ends, music can still be heard drifting through the halls as high school musicians guide middle schoolers in after-school private lessons.  The program is just one of many opportunities created by Dr. Melissa Gustafson-Hinds — known as Dr. G — to connect band students of all ages together.

Throughout her eight years as director of bands at O’Fallon, Dr. G has gone above and beyond the usual job description to give students access to music at all levels. She has reinvented her school’s jazz program, saved local middle school musicians from the disastrous effects of budget cuts and taken her high school students to prestigious competitions, festivals and bowl games.

A Place for Everyone 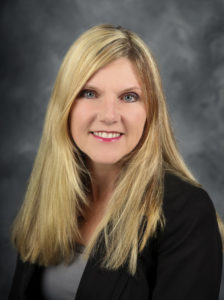 O’Fallon’s band program, which features a marching band, four concert bands, three jazz bands, a pep band and a percussion ensemble, has something that will appeal to every musically inclined student, regardless of age or skill.

When Gustafson-Hinds first began teaching at O’Fallon, the jazz program had been defunct for about a year. Today, there are three jazz groups that cater to different interests and abilities. The smallest, called the “early bird” band, focuses on learning improvisation. The other two groups perform big-band tunes and are separated by skill level.

“I met with Dr. G and talked about what she envisions for her program,” says Dr. Martha Weld, O’Fallon Township school district’s assistant superintendent. “For jazz band, [we] created an additional level to make sure we were hitting kids at their skill levels. Some were under-challenged, some were over-challenged, and so we [separated] them.”

In addition to supporting Gustafson-Hinds as an administrator, Weld has also been a band parent for the last four years. Her daughter, a member of the marching band, concert band and pit orchestra for the school musical, graduated from O’Fallon in June 2016. 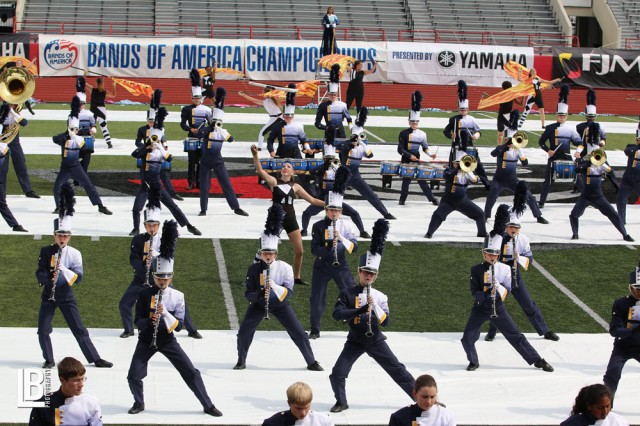 At events like Bands of America, Gustafson-Hinds makes connections within the band community.

The concert band program at O’Fallon is broken into four ensembles based on skill and ability. Because O’Fallon has a separate campus just for freshmen students, one of these ensembles consists of freshmen exclusively. Next is the symphonic band for students who enjoy music as a hobby. “They really enjoy band but don’t see the seriousness of being in [private] lessons,” Gustafson-Hinds says.

The top two concert bands are made up of mostly upperclassmen with a strong dedication to music. Most members are in the marching band and take private music lessons as well. “Our top ensemble just performed for the Music for All Concert Band Festival,” reports Dr. G. “Most of them are my student leaders in marching band. [They] are required to have private lessons.”

The band program also features a variety of smaller groups, such as a percussion ensemble run by her husband, Evan Hinds; a pit orchestra; a back-up band for the show choir; a madrigal brass band that performs with the choir; and a student-run flute choir.

When Gustafson-Hinds first arrived at O’Fallon, the marching band had about 150 students. Now, it averages 220 members per year. “Kids don’t have to be in marching band, but [they do] if they want to be in the top concert ensemble,” she explains. When football season is over, marching band students join the pep band and perform at basketball games.

Gustafson-Hinds encourages students in other ensembles to break out of their shell and try marching band. “I’ll reach out to them, especially if I see they’ve got the personality of a marching band kid,” she says. “Some of these kids just need a little encouragement.”

Gustafson-Hinds has grown the band program over the years with a mix of successful recruitment and leadership strategies. She believes in the power of personal connection, which is why she is so involved with middle school students before they get to O’Fallon.

“We have a handful of joint feeder events,” she explains. “We do a combined halftime show with them. We do a Christmas concert. I do clinics with those bands. I try to attend as many [of their] concerts as I can. I try to be visible to those kids. That bridges the gap.” O’Fallon also hosts a joint band camp event for middle school students to learn about high school marching band.

A few years ago, Gustafson-Hinds stepped up and became a hero to a group of middle school musicians. When funding was cut at one of O’Fallon’s feeder middle schools, extracurricular programs like music and athletics were immediately eliminated. Wasting no time, “at the very next board meeting, I had a plan put together [to] run that program with my band staff.”

That program, called the O’Fallon United Community Music School, was operated through the local park district, and O’Fallon band parents put on a variety of fundraising events to help, including a parade, a comedy night and bake sales. “As band parents, we became actively involved in fundraising for that program,” Weld says. “We were happy to do it because we know the impact it has on our children when they get to the high school.”

Within a year, the middle school was able to allocate funds for music again, and the band program was reinstated, allowing the O’Fallon United Community Music School to come to an end. “Looking back, that was a pretty remarkable thing we did,” says Gustafson-Hinds. “I’d do the same thing again if it happened.”

Running the O’Fallon United Community Music School gave Dr. G a renewed perspective on the importance of being involved with feeder schools. “I talk to junior high teachers weekly,” she says. “We’ve got our students teaching kids who come to the high school to get lessons. Before kids get [there], they know [about] the band.”

Beyond improving relations with feeder schools, Gustafson-Hinds’ strong fundraising activities have created new opportunities for the high school band program. Over the past few years, band fundraisers have included a school-wide craft fair, a 5K race and a silent auction dinner. The band has also performed at a St. Louis Cardinals game and raised money through ticket sales.

O’Fallon’s band marches at the 2015 Tournament of Roses Parade.

With a dedicated set of students and a plethora of fundraising opportunities, Gustafson-Hinds has been able to take the band all around the country to perform at places such as Carnegie Hall in New York; Pearl Harbor in Honolulu, Hawaii; Walt Disney World in Orlando, Florida; the BattleFrog Fiesta Bowl in Glendale, Arizona; and the Tournament of Roses Parade in Pasadena, California, with an upcoming trip planned to the Capital One Orange Bowl in Miami Gardens, Florida.

“A lot of performances we’ve done have been building up,” Gustafson-Hinds says. “The better the band gets, the more of these select events we get to do.”

The band has also performed at numerous Music for All marching competitions and national festivals over the past eight years. This participation has given Gustafson-Hinds the opportunity to network and gain respect within the band community. “I do a lot behind the scenes for the kids,” she reports. “I tell them I’m their agent.”

Dr. G believes these connections have helped the band strengthen their applications for more prestigious performance opportunities. The band’s strong track record also comes from its ability to be humble and accept feedback. Previously, the O’Fallon band had applied for but was not accepted to participate in the Tournament of Roses Parade. The parade committee gave O’Fallon feedback on what to improve — it wants bands to tell a story and to show what makes its group unique.

Another factor that makes O’Fallon unique is its proximity to Scott Air Force Base. Roughly 40 percent of the school’s students come from military families, which Gustafson-Hinds emphasized in her successful application to the Tournament of Roses the following year. The band put together a repertoire of military music to play at the parade, including the “U.S. Air Force Song” and jazz renditions of traditional patriotic music.

For Gustafson-Hinds, directing a band is about constant improvement for her students. “Being a teacher is being a service to others,” she says. “The best teachers are the best learners.”

Even with all of the journeys the O’Fallon band program has taken, the satisfaction felt by students and parents often comes from within. “My proudest moments aren’t what the community would recognize,” Weld, a graduate of O’Fallon herself, says. “[They’re] when you see [the students] at the end of an eight-hour practice, and it’s 105 degrees, and Dr. G is asking them to give 100 percent, and they’re still giving it.”

This article originally appeared in the Fall 2016 issue of Yamaha SupportED. To see more back issues, find out about Yamaha resources for music educators, or sign up to be notified when the next issue is available, click here.