Case Study: A Music Program Succeeds in the Inner City

A band director took risks and overcame the odds at Rancho High School in Las Vegas, turning a declining program into one of the most successful in Nevada.

Nestled between the city’s homeless corridor and a cemetery near the historic Fremont District of Las Vegas, Rancho High School might not seem like the ideal home for a successful performing arts program. 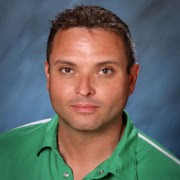 But thanks to Clint Williams, Rancho’s director of bands, the program is thriving.

In the last five years, Williams put his personal mantra of “L’audace, l’audace, toujours l’audace!” (Audacity, audacity, always audacity!) to work. He transformed Rancho’s sputtering band program into one of the most successful in the state. Overall, the school has amassed 25 superior ratings at various concert festivals and five Sweepstakes Awards through the Southern Nevada Band Association.

The largest public high school in Nevada, Rancho has one of the highest homeless student populations in the county, and 73 percent of Rancho students qualify for free or reduced lunch.

On the flip side, the school offers five year-round bands: wind ensemble, wind symphony, concert band, freshman band and beginning band. The Rancho Regiment marching band is one of only two in the state that was a finalist at a Bands of America regional marching competition in 2017.

In some ways Williams’ success can be attributed to the vision of the school’s principal, Dr. James Kuzma, who came to Rancho in 2008. At that time, Rancho was graduating around 50 percent of its students. Kuzma predicted that a quality performing arts program would lead students toward improved academic standings. Out of this priority, Kuzma brought in Williams in 2013 to lead the band program.

The program Williams inherited was bereft of hope and numbers. Just 87 of Rancho’s 3,300 students participated in the band program with only 49 in marching band. Rancho’s beleaguered program had not earned a superior rating in a generation.

On day one, the new band director laid down the law and abolished traditions that were inconsistent or that did not advance camaraderie or musical achievement. Williams warns directors that “getting rid of traditions can work, but it can also be risky.”

The key is to replace them with new traditions. “In our case that became the love of performance and good fundamental music skills,” Williams says.

Williams also encouraged students to gather for pregame dinners and honored graduating seniors with cords and trophies. In addition, he created a new logo for the band to signify a new beginning.

Directors should always start with the committed kids, Williams advises. His strategy freed the band of students whose interest in music was half-hearted or nonexistent. “I knew the students who remained did so because they loved making music, loved band and were committed to excellence,” Williams says.

Dexter Hidalgo, a clarinet player who spent four years in Williams’ program, knew immediately that the new director meant business. Before introducing himself, Williams was ousting disruptive students. “That set the foundation that this was much more serious than we’d thought,” Hidalgo says. “A lot of kids left that semester.” 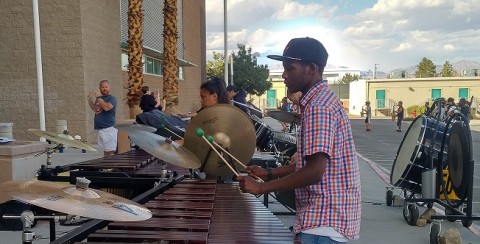 The plan worked. In Williams’ first year, the Rancho Regiment placed first in its class at the Showdown at Silverado competition through the Marching Band Open Series circuit. Although Rancho had only 10 brass players, one of the top judges that day called his brass players “fearless,” Williams says.

Word of the band’s success spread. Soon students were arranging their class schedules to include concert band. “Human beings are attracted to achievement and excellence,” Williams says.

Students who participate in band must be disciplined, team players and accountable to one another, says Andrew Smouse, Rancho’s coordinator of percussion. “All of these are evident without question at Rancho,” Smouse says. “A huge portion of that is what Clint Williams brought to the table.”

To increase his numbers, Williams raised his standards rather than lowering them. Focusing on the individual player rather than the ensemble was the means to this end. “I never want a child to feel neglected; I don’t want a [student] to feel inferior in any way,” Williams says. Assessing the individual is “where it all starts.”

Hidalgo says, “There was no moment when [Mr. Williams] was too busy for [any] of us.”

Demanding quality is vital to increase numbers. “The best advice I can give for growth is to always provide excellence in the performances of the high school ensemble,” Williams says. “This, partnered with communication to the middle school directors, will attract students to your program. People are attracted to high standards. … Quality breeds quantity.”

With higher standards and increased quality, Williams’ numbers spiked. By 2018, more than one-third of Rancho’s students were enrolled in the performing arts while the school’s graduation rate nearly doubled to 97 percent.

Band directors, Williams says, must always consider optics. Marching bands are often the public face of a high school. Therefore, they must exude quality when they play — from the national anthem to the school’s fight song.

Parents buy into band programs if their children are playing to the highest standard. Before Williams arrived at Rancho, few parents were involved. Deanna McHenry, a parent of two Rancho band students, witnessed the immediate positive effects Williams had on the program.

“He raised the bar and expected them to be excellent,” McHenry says. “Mr. Williams started to include the parents more. The band boosters was started. More parents were buying into supporting the band and supporting their kids. He opened the doors, so parents got more involved.”

Getting students and their parents involved and committed to the band program is just one of Williams’ many achievements. “Clint Williams is one of the most dedicated professional band educators I’ve had the privilege of knowing or working with,” Smouse says.

This article originally appeared in the 2018 V3 issue of Yamaha SupportED. To see more back issues, find out about Yamaha resources for music educators, or sign up to be notified when the next issue is available, click here.