In the Ravenwood High School music department, partnership is a three-way street as the orchestra, choral and band programs work together to give students opportunities for success.

In 2016, the wind ensemble at Ravenwood High School in Brentwood, Tennessee, performed on the main stage at the Music for All National Concert Band Festival.

That performance inspired Lauren Ramey and Cassandra Brosvik, Ravenwood’s choir director and orchestra director, respectively, to help their ensembles strive for the same level of achievement.

“Watching [the wind ensemble] go through auditions and rehearsals and then getting accepted and preparing for this amazing experience inspired my kids to do the same thing,” Ramey says. “They saw what their friends got out of working really hard and coming up with a standard of excellence.”

Brosvik’s honors chamber orchestra and Ramey’s advanced mixed chamber choir performed at the Music for All Orchestra America National Festival and National Choir Festival in March. The ensembles performed separately — the choir at a downtown Indianapolis church and the orchestra in the Palladium at the Center for the Performing Arts in Carmel, Indiana. Both ensembles have also been invited to perform at the Tennessee Music Education Association convention in April 2019. 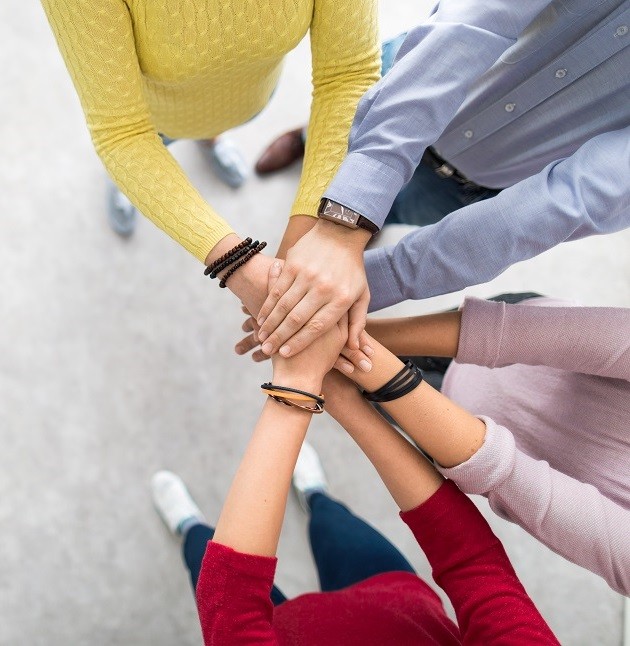 Spurred by the exceptional talent of their students and motivated by their Music for All invitations, Brosvik and Ramey began their most ambitious collaboration. Last December, the orchestra and choir performed Antonio Vivaldi’s “Gloria” together.

In addition to working with the choir, Brosvik also works closely with the band. Last spring she and Mark Kinzer, Ravenwood’s former band director, created a full orchestra by combining her advanced orchestra and his wind ensemble. “It was the first chance we were able to do this based on schedules, but we wanted to do it for a while,” she says. “The students loved it and keep asking, ‘When are you going to do that again?’ We want to encourage that.”

Brosvik and Ravenwood’s new band director, Chris Janowiak, are eager to continue collaboration between the two programs. However, Janowiak and his assistant band director, Brianna Bjerke, who is also new to Ravenwood, want to first get comfortable at the school. Between the two of them, they teach a wind ensemble, a symphonic band, a percussion ensemble, a competitive marching band, a winter guard and a drum line.

Brosvik has been directing Ravenwood’s orchestra since 2015, and this year, she began splitting her time between two high schools. She is starting an orchestra program at nearby Franklin High School and spends her mornings there before heading to Ravenwood for the afternoon. Because of this unusual schedule, Brosvik, Ramey and Janowiak do not share a common planning period. They do, however, share a common lunch period. “So that is when we get together and brainstorm,” Brosvik says.

At Ravenwood, Brosvik’s orchestra classes and Ramey’s choral classes share a room. When Brosvik arrives at Ravenwood for her afternoon classes, Ramey is busy teaching her choir. Often Brosvik will peek in on Ramey’s classes. “Our office opens up to the classroom, so as a result, I get to see her teaching, and she watches me teaching,” Brosvik says. “Her planning is during my advance orchestra class.”

All three directors also get together on “power Mondays,” a districtwide initiative that allows departments to plan as a team. On select Mondays, Ravenwood students report to school 40 minutes later than usual. “That gives teachers 40 minutes to meet with their teams,” Ramey says. With Brosvik joining by email, the directors “are able to come up with common assessments, set goals or talk about ways to hit some standards,” Ramey says.

As in most high schools, the fine arts students at Ravenwood tend to rub elbows with one another, making it easier for the directors to collaborate. In fact, sometimes they make accommodations to share students across their programs. “There are many kids who are in choir and who are also in band.” Ramey says. “Or there are kids who are in orchestra and choir or in orchestra and band. All the combinations exist.”

Sometimes Ramey, Brosvik and Janowiak get really creative and share a student during the same class period. “A certain choir and a certain band meet at the same time, and there have been times when we wanted a student to be in both ensembles,” Ramey says. “So we worked something out where the student comes to choir on Monday, Wednesday and Friday, and to band on Tuesday and Thursday. And then they switch the next week.”

No One on an Island

Knowing directors can’t thrive in a vacuum, Janowiak is eager to support and partner with his colleagues. “You can’t build a program on an island by yourself,” he says. “You have to have everyone else’s interest in mind.”

Opportunity and success are recurring themes in the Ravenwood fine arts department as all three directors find new ways to cultivate student success. “We’re always trying to be innovative within the limits of what we can do,” Brosvik says. “The success breeds off each other.”

For example, the band program accompanied singer Thomas Rhett at the 2018 Country Music Awards. “I’ve never been in a room with that kind of energy,” Janowiak says about the experience. “With the excitement and nerves … that was definitely the coolest thing I’d ever done with kids!”

And the top choir ensemble performed in April 2018 with composer Eric Whitacre at Carnegie Hall in New York.

Brosvik, Ramey and Janowiak have laid the groundwork for a successful fine arts program, in part due to their genuine care for one another, and now they cast a collective gaze toward the future.

“[To] develop a thriving program, you have to be able to be honest with one another in a loving and supportive way,” Ramey says. “Cassandra and I can do that. And we’re getting there with Chris and Brianna. We’re set up for success. … I’m excited to see what the next couple of years will bring and what new ideas we can come up with together and [how we can] branch out from what we’ve [accomplished]. We have a good foundation, and I’m really excited to see where we go.”

This article originally appeared in the 2019 V1 issue of Yamaha SupportED. To see more back issues, find out about Yamaha resources for music educators, or sign up to be notified when the next issue is available, click here.