At Sanders Memorial Elementary School in Florida, music thrives at the intersection of art, math and science for K-5 students.

Kindergartners through 5th graders use their devices not only to learn coding, robotics and aviation but also to create music.

Sanders Memorial, a STEAM magnet that opened in 2015, has incorporated technology into the study of melody, rhythm and music theory. For the past four years, students have also performed in a tech-based instrumental ensemble called iPad Band.

“STEAM, to us, means not only doing the science, technology, engineering and math but … seeing that art is in all of those subjects as well,” says Ryan McCorkle, a co-teacher for the music program.

Adding technology to music education is a natural step as professional music becomes more entwined with the world of computers. “Music … on the radio is mostly technology-based,” McCorkle says, explaining that synthesizers and mixers have become more common than woodwind instruments in contemporary commercial music.

By using Apple’s GarageBand program, teachers break down the elements of music for their students. Scale patterns, form and improvisation are all taught through GarageBand, says James Coyne, co-teacher.

Loops help students identify the melody of a song. “We teach them that a melody is based on the sounds they’re familiar with,” McCorkle says.

At the beginning of 2020, 2nd graders learned improvisation using a pentatonic scale in GarageBand. “Breaking apart a song they can hear on the radio, [students learn] how it’s structured,” McCorkle says.

Connecting Music to Math and Reading

Through the comprehensive STEAM education at Sanders, students learn how different subjects intersect. “When they’re learning about solar systems, they might do certain things in music and art class that relate to the solar system,” says principal Jason Petry. “It’s intertwined and embedded in everything we do.”

Consequently, music classes aren’t only creative; they’re mathematical as well. “We remind [students] all the time that music is a lot of math,” McCorkle says.

Counting is an important part of rhythm; similarly, sound waves, frequencies, pitch and other scientific concepts are important for a full understanding of music. “We cover sound waves, and we do an experiment with frequencies,” Coyne says.

In the sound-wave activity, 5th graders set plates on a speaker, adding different colors of sand to the plates to observe the reaction of the sand at different frequencies. “They learn about hertz; they visually see it with the sand, and they’re getting the science of it,” Coyne says.

This experiment gives students a visual representation of pitch. “The kids tell us when they see a pitch, and we point out where the nodes are and increase the frequency,” McCorkle says. 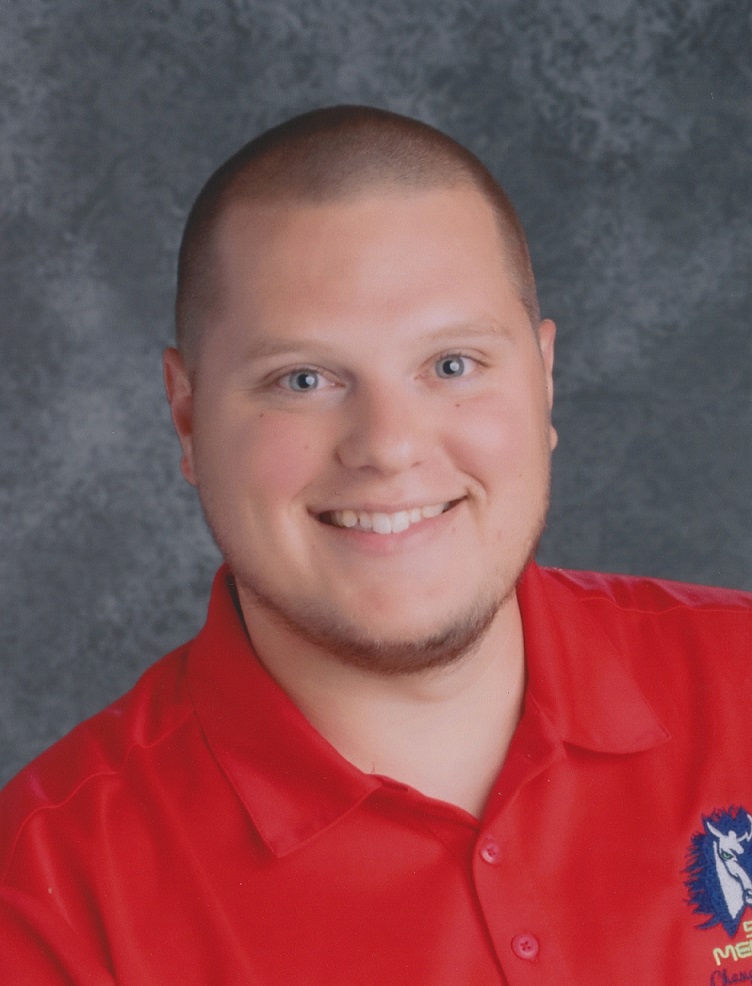 Computer-generated music making can also tie into English and reading. In music class, older students use recording software to create an audiobook. “We do a project where students read a … 1st-grade level text and record that,” Coyne says. “They add in sound effects for page turns and background music.”

Those audiobooks then go to kindergarten and 1st-grade students to use in buddy reading exercises. “Some of their peers hear a book they’ve created, and it helps with phonics and comprehension,” Coyne says.

From Instruments to iPads

In 2016, Sanders debuted an extracurricular instrumental music ensemble, but instead of playing traditional brass and woodwind instruments, students performed on electronic tablets. This ensemble, known as iPad Band, comprises about 30 students in 4th and 5th grades.

Making music on a portable electronic device allows for accessibility to all students. “The chance of having an instrument at home is rare,” but every family has a cell phone, McCorkle says. “There’s an app they can [download] and create music. The link between technology and music is having the ability to create at any time in their own way.” 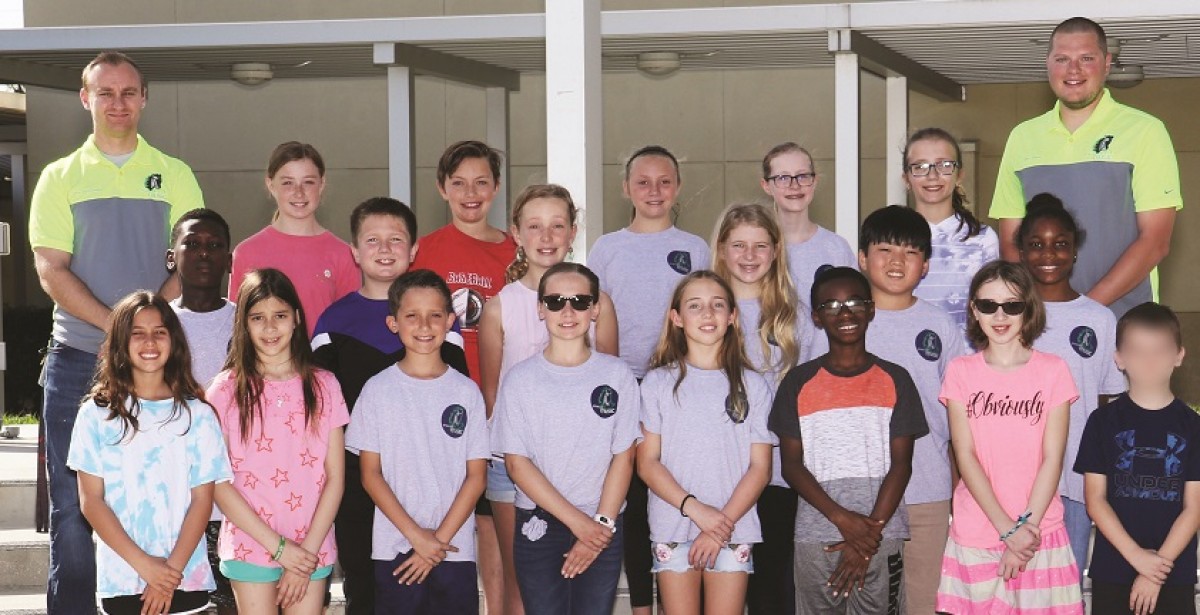 During iPad Band rehearsals, which take place one hour before school, students use GarageBand and Yamaha synthesizer apps to create covers of pop songs. “We begin teaching them how to read chord charts with lyrics,” Coyne says. “They start to learn some of the mixing sides when we mix the group together.”

iPad Band has performed at school concerts, sometimes on its own and sometimes as a backup band for the choir. The band has even collaborated outside of the music department. “One of our concerts featured our iPad Band performing, our chorus performing, and our art department did live art,” Coyne says. “We did ‘99 Red Balloons’ [by Nena], and the art students painted [pictures of red balloons] live.”

iPad Band and music technology coursework have inspired students to continue with music in middle school and beyond. “We see students from the iPad Band continue into middle school, and they’ve joined the band program,” Coyne says.

McCorkle recalls one student who became interested in music production. “[He asked] us every day if we [were] going to use GarageBand,” McCorkle says. “He wants to be a music producer.”

Because Sanders is a magnet school, it feeds into about 13 middle schools. Petry has received positive feedback from administrators at many of those schools about the use of technology in students’ development.

“What I hear from middle school principals is that students are prepared in being independent, accountable, creative and collaborative with each other,” Petry says. 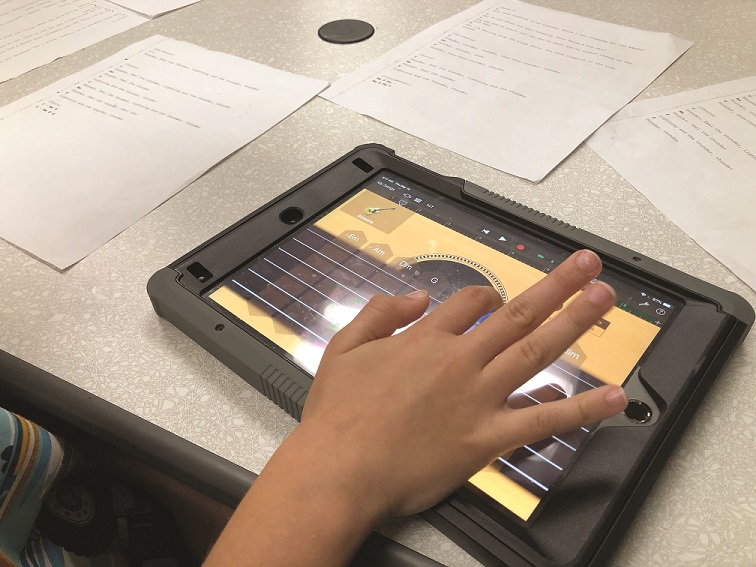 Though music is an auditory phenomenon, the use of technology has helped students engage with it visually as well. “For kids who are visual learners, they can see right then what they’ve done and how it lines up,” Coyne says. “The kids who you thought were going to struggle with the comprehension of it, they’re the ones who are like, ‘Let’s do it again! I want to keep going!’”

For Petry, a STEAM approach to music relates to his core mission of keeping students engaged and giving them opportunities to learn. “There are kids who never really liked music, but now they’re making jingles or doing iPad Band,” he says.

In the end, learning math, science, art and music together lead to a more well-rounded student. “Music isn’t just about music,” McCorkle says. “It’s about making you a better person.”

This article originally appeared in the 2020N2 issue of Yamaha SupportED. To see more back issues, find out about Yamaha resources for music educators, or sign up to be notified when the next issue is available, click here.