The jazz program has been the biggest catalyst for growth at The King’s Academy, a K-12 private school in West Palm Beach, Florida.

Jazz was one of the keys to growing the music program at The King’s Academy (TKA), a K-12 private school in West Palm Beach, Florida.

In his six years at the school, Director of Instrumental Arts Wes Lowe, has almost doubled the enrollment in the music program, which offers students many different fine arts specialties, such as band, choir, dance, and musical theater.

He attributes this growth in part to the fact that students can start learning an instrument in 4th grade instead of waiting until 5th or 6th grade. “In order to have a successful program, you need a healthy system in place where you can have the younger students filter in,” Lowe says. “We’ve spent a lot of time investing in our elementary students, and we are reaping the benefits.”

Lowe is very familiar with TKA’s musical legacy since he attended the school himself and his mother was the drum major there. “My heritage and ties to the band program inspire and motivate me to lead the program in a way that continues to have life-changing impact on my students,” he says.

The area that has been the biggest catalyst for growth at TKA has been the jazz program. “Our school really caught onto jazz music and our community enjoys it as well,” Lowe says.

He focuses on these four pillars to continue to strengthen the jazz offerings at TKA. 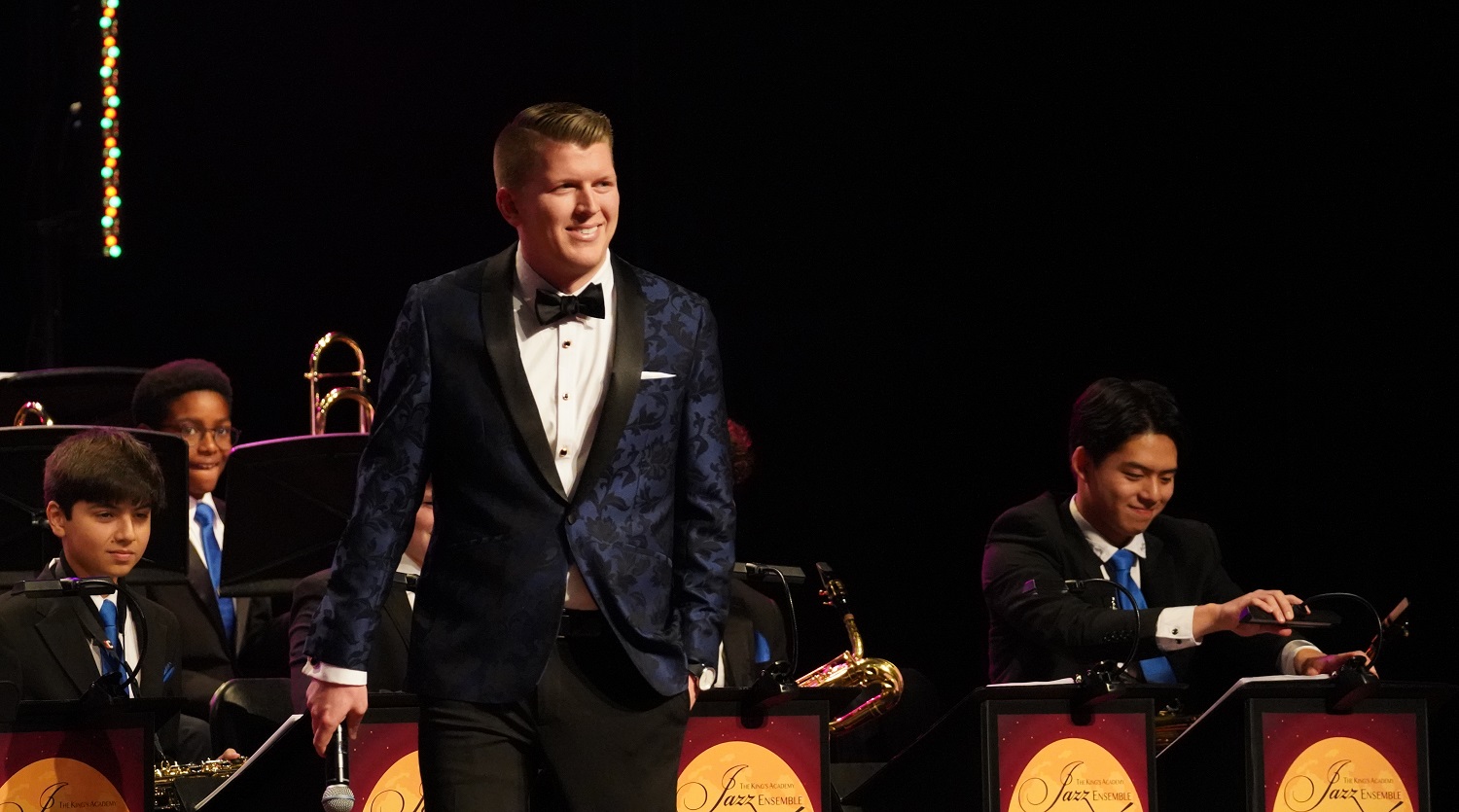 “The most important thing is choosing the appropriate music for your group,” Lowe says.

When selecting jazz music, find the best type of music that will challenge students but is also attainable for them to execute with practice. “You don’t want to choose something so far out of their skill level that they’re never going to reach it,” he says. “So, this does take time on the director’s end — listening and sifting through everything that’s out there to choose high-quality music that’s standard and enriching for jazz bands.”

The music you choose for your program is completely dependent on the setup and abilities of the students involved. “Some programs can perform more difficult music than others, and that’s OK,” Lowe says. “At TKA, we started with more fundamental jazz music that the kids and audience liked before we started increasing the difficulty and technical level of the music.”

Lowe’s biggest tip: Go to the J.W. Pepper website to see all the jazz options that are available. Listen to different sample recordings and sort by grade level to find appropriate music.

2. Ask Local Directors and Musicians to Work with Your Band 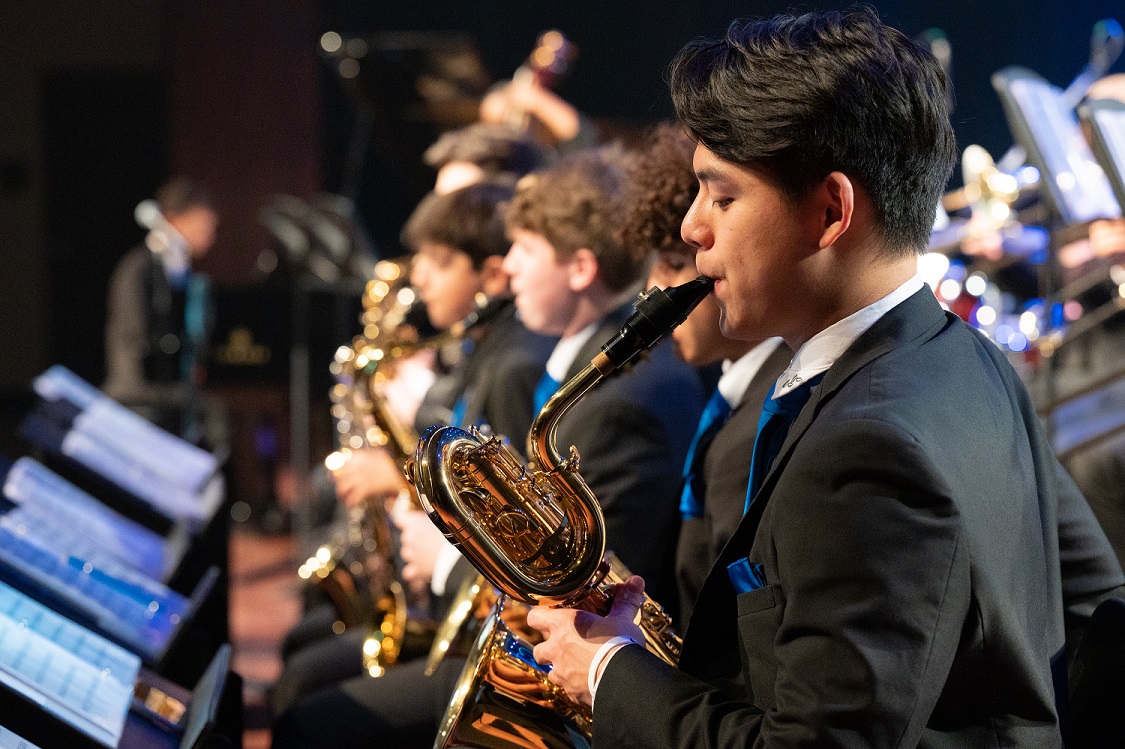 Reaching out to other band directors who have a thriving jazz program or local jazz musicians “can be very valuable, especially for high school jazz bands,” Lowe says.

Band directors are members of many Facebook groups and readily share success stories as well as music resources, Lowe says. For example, if you’re focused on jazz but aren’t a jazz player (Lowe was a tuba player), advice from other music educators is a great way to add enrichment to your program. Two Facebook groups Lowe recommends are Band Directors and Middle School Band Directors.

“When I took over, I asked a lot of local directors what I should be doing,” Lowe says. 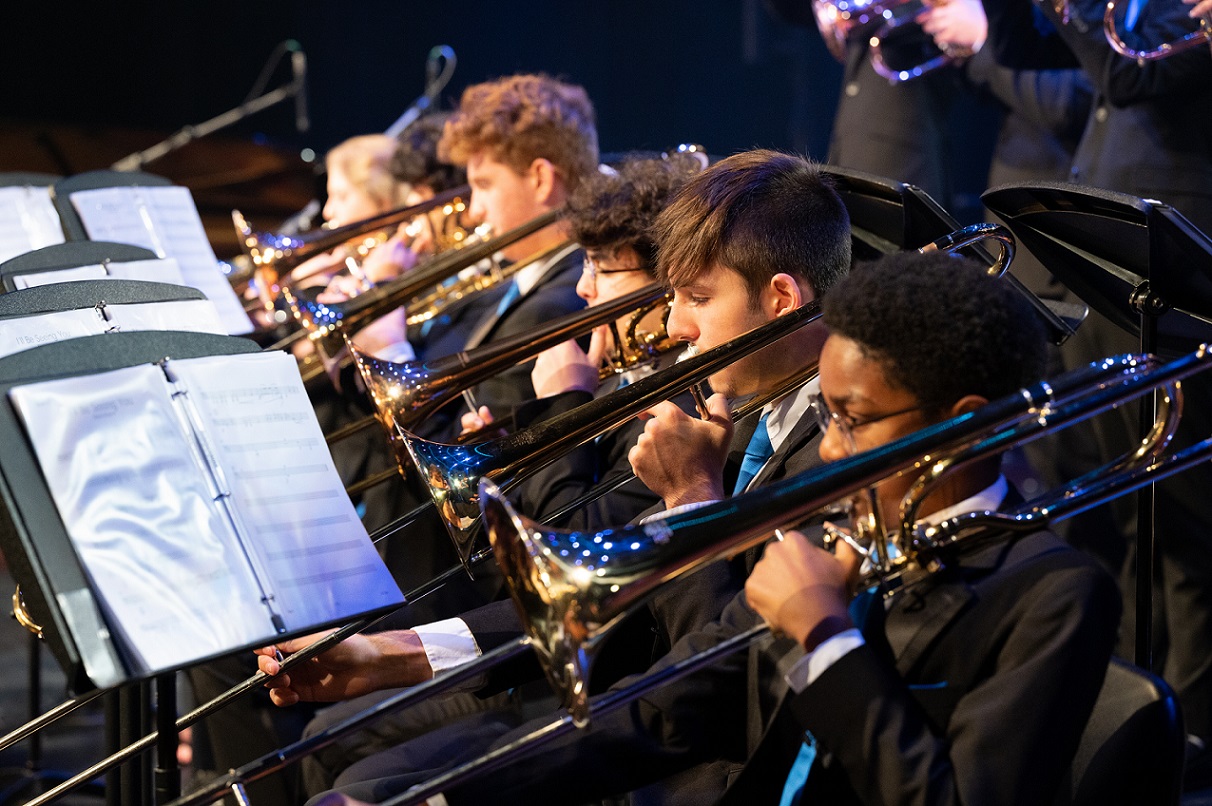 He picked their brains about music selections and ways to teach the many different genres of jazz. Lowe also asked local professionals to work with his entire band or to take a sectional out and focus on a small group of students. This was a great way for him to get plugged into the local band community, and it allowed his students at TKA to hear from a variety of instructors.

“The end goal is to make students better, so the more people you bring in, the more they’ll grow,” Lowe says. “I find this helps inspire students to be more receptive to feedback during rehearsals and more reflective on their own playing ability. This practice will ultimately increase their level of musicianship.”

The piece of advice Lowe heard the most on how to improve as a jazz instructor from area experts? Listen to as much jazz as possible. Lowe learned that jazz is a language, and in order to learn and teach it, you have to immerse yourself in it. So, he added jazz to his playlist, and surrounded himself with jazz.

CHECK IT OUT: THE YAS-26 STANDARD ALTO SAXOPHONE

3. Produce a Jazz Concert or Event

“It’s important to highlight your students’ work. There needs to be some type of goal or product you’re working toward,” Lowe says.

Jazz is the most accessible type of music to a wide audience, so hosting a jazz-and-coffee night or jazz concert will resonate with your community. “It’s important to create these events and hype them up within your school community,” Lowe says. “Then, your students will have the opportunity to showcase their talents and passion to an appreciative audience.”

Lowe has found success producing an annual Night of Jazz that features guest artists, such as the late drummer Duffy Jackson and Yamaha Performing Artist Wayne Bergeron. “Having these world-class artists working alongside my students inspires them to work harder and push the level of our group even higher,” Lowe says. “And, working with a professional artist at a concert helps take some of the performance pressure off of the students and allows them to shine.”

Concerts and performances require a lot of practice and rehearsals, so be sure to give students ample time to gain confidence to be performance ready. Find a timeline that challenges them as well. For TKA’s Night of Jazz concert in April, Lowe and his students started working on the music in January.

“In four months, they learned 14 charts, which pushes them for sure,” he says. “In the past, it took my students maybe the entire year — from August to April ­— to learn those charts, but as the program has taken off, so have the strengths of the students.”

4. Seek Outreach Opportunities to Perform in Your Community “The more you can take jazz to your community, the more people will rally behind your program,” Lowe says. “Jazz is so accessible, especially for the older generation, and it’s the perfect opportunity to take your band and perform at downtown marketplaces, retirement communities and 55+ communities that are looking for entertainment.”

Lowe has also found that the more he takes his students to perform in the community, the more people they have attending their concerts.

“It allows you to get the pulse of your community, and it’s a way for students to give back,” Lowe says. “This is a great example of being flexible and finding different avenues for students to showcase their hard work, especially if the students are super talented,” Lowe says.

The quintet started playing in downtown marketplaces in the summer of 2021 as a way to bring music back into the community after COVID-19 shut down everything. By booking their own gigs, the musicians in the quintet have been able to get real-word performing experience — especially at events and venues that could only accommodate smaller groups — while still being in a controlled environment. The Annie Matot Jazz Quintet now has its own Instagram and Facebook pages.

“Before you know it, we had people reaching out for the quintet to play at weddings and fundraisers,” Lowe says. “Now, we’ve gone all over the state, and this all started by simply going out in the community.”