After seeing the gender disparity in the composers she studied, Erin Busch did something — she started a music composition camp designed for and taught by women.

Ever since I can remember, I have been writing music. I premiered my first real composition, entitled “The Mysterious Island,” when I was 8 years old.

It was a solo piano piece that, upon later reflection, was a blatant rip-off of “Under the Sea” from “The Little Mermaid,” a movie that I was obsessed with at the time.

I don’t remember thinking too much about composition as something special or noteworthy. Writing music felt like a natural way to respond to the music that I was already engaging with in my life, and it didn’t feel very different from playing pieces out of my beginner piano book. I was encouraged by my parents and piano teacher to keep writing, so I did.

I continued to study and write, and when the time came to start thinking about college and career, I knew that I wanted to study music composition. It was around this time that I started to pay closer attention to the composers whose works I was assigned in ensembles or lessons, and noticed a trend: These composers were often deceased, white and male. I remember a point when I realized with a start that I had never played a piece by a female composer (at least, not knowingly).

Discouraged, I thought that perhaps music composition may not be the right path for me. How could I succeed in a field that clearly didn’t value the works of living, non-white and non-male composers? I seriously considered applying to schools for music education instead, even though I had no interest in becoming a public school teacher.

Despite these major doubts, I did apply to composition programs and was accepted at Temple University in Philadelphia. Thrilled to start studying composition in a more formalized way, I was disappointed to discover that I was the only female in the entire undergraduate composition department. Clearly, there was a real, tangible gender disparity, which was majorly affecting the demographics of the field at the entry point to the professional sector.

Several years passed, and although I grew more confident in my own abilities as a composer and in my feeling of belonging in the field, I never forgot that critical moment during the application process when I almost abandoned my dream of becoming a composer. Without the extra encouragement from my parents and music teachers, I may very well have chosen a different path.

I wanted to do something for the next generation of young composers to give them that extra support and help to work toward a more diverse music composition field. I eventually came up with the idea of a summer composition program for young female and nonbinary composers.

The camp, which I dubbed the Young Women Composers Camp, began as a relatively simple idea: a one-week day program for local high school students in Philadelphia, hosted by Temple University’s Boyer College of Music. I went to David Brown, the administrative dean, who immediately gave me the green light to formulate plans for the program. I decided I wanted to include the following:

In order to develop a program that was truly inclusive, I also decided that we would not charge an application fee nor would we require students to have any composition training or experience. 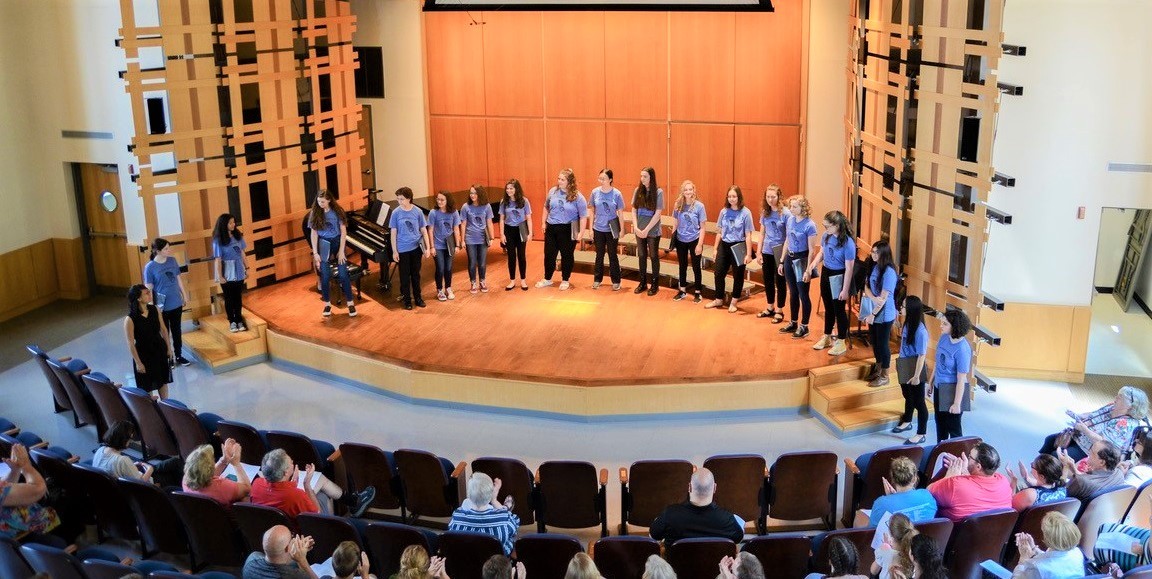 After the initial draft was completed, it was clear that one week was not going to be enough time, so I expanded the summer program to two weeks. To help with the next phase of planning, I hired Temple’s music studies coordinator Julia Alford to be the program’s administrative director, and music studies chair Cynthia Folio to be our faculty director.

With Cynthia’s assistance, we secured a seed grant of $10,000 from Temple University, providing us with enough start-up funds to begin hiring faculty. We wanted to focus on amplifying women in every aspect of the program and chose to hire female guest speakers and performers (the one exception was our music tech director, Adam Vidiksis, who runs the tech program at Temple).

Our first resident ensemble was ATLYS, an all-female string quartet that had already planned to be in Philadelphia in July. We hired a composition instructor who was already working at Temple at the time and decided that Cynthia and I would serve as instructors for the remaining seminars and lessons. We subsidized general tuition to just $350 in the hopes of appealing to students (and their parents) who may not be able to afford the higher costs of other summer composition programs.

I created the Young Women Composers Camp website in the fall of 2017 to advertise the program, and we began accepting online applications that following spring. 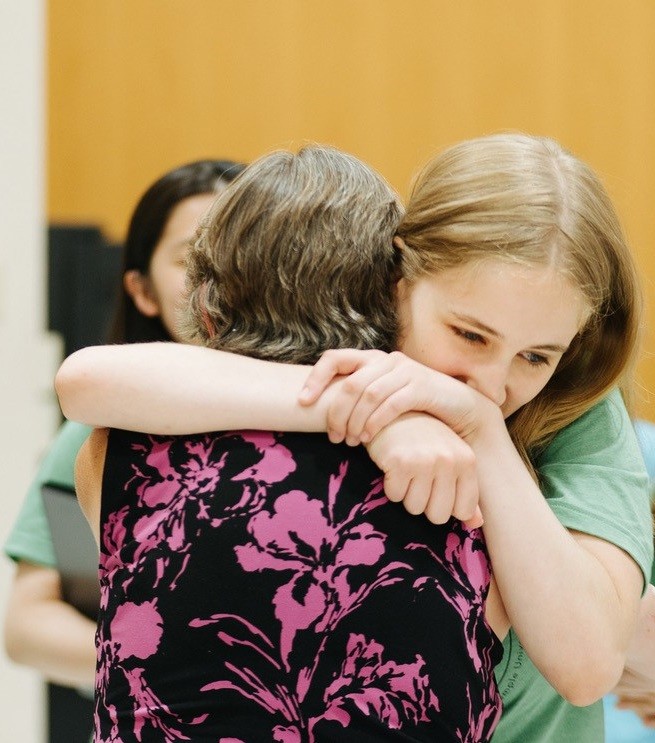 July 2018: After about a year and a half of planning, we arrived at our first program in July 2018. We had 18 students in attendance. About half were from out of town and lived in the Temple dorms, and the rest of the students commuted to and from campus each day. Within the first day, our students formed a strong bond, and the mutual support that they provided one another was beautiful to witness.

Many students wrote their first composition at the camp, and all 18 received their first professional premiere and recording. We provided students with several anonymous evaluations throughout the program, and received overwhelmingly positive feedback, alongside many helpful suggestions that we were able to implement along the way. One student wrote “This is the most challenged musically (in a good way) I have felt in a long time!”

Watch the concert from the 2018 program.

July 2019: Our 2019 camp ran in a similar, slightly expanded way. We brought in an additional composition instructor, guest composers Jennifer Higdon and Andrea Clearfield (who each ran a master class) and performers from The Philadelphia Orchestra to serve as our resident ensemble. We raised our general tuition to $700 (not including optional housing), but offered significant financial aid to students who qualified, thanks mainly to support from individual donors and a few local foundations.

Watch the concert from the 2019 program.

Because of the COVID-19 pandemic, our 2020 summer program deviated significantly from what we had initially planned. In early April, we announced a completely virtual program. We made a few major changes to the program: 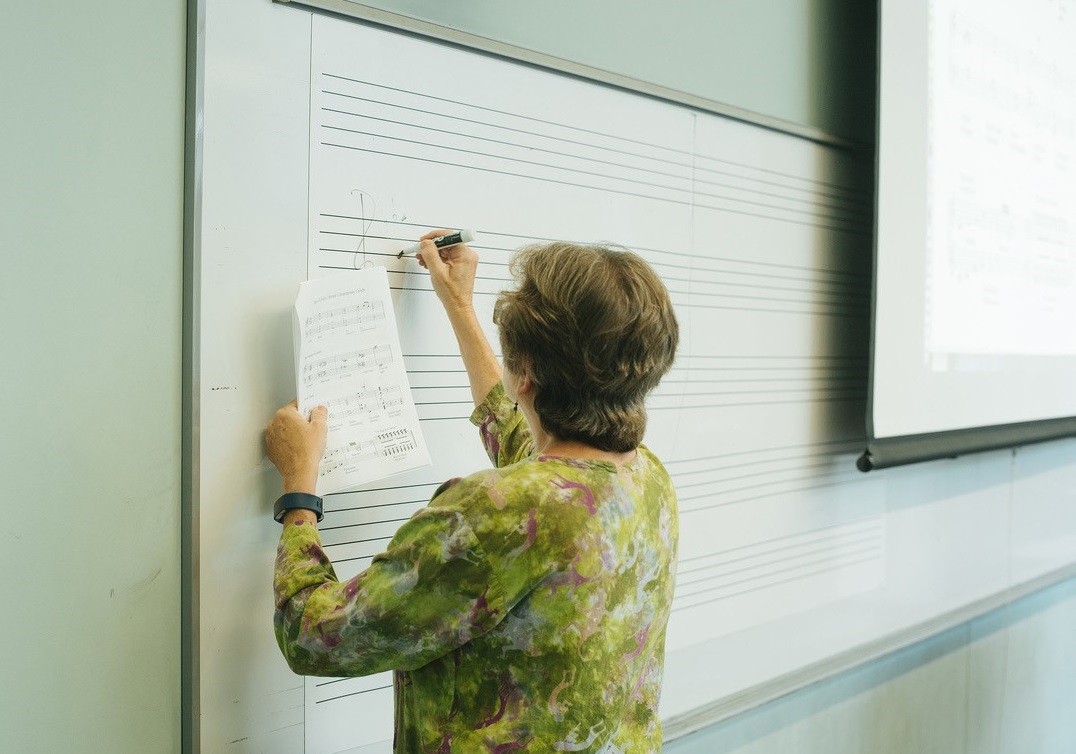 We had no idea how many applications we would get, so we changed our financial model to pay our instructors a variable rate per student rather than provide them with a base stipend. This made it simple for us to scale the program as needed. By the time July rolled around, we were surprised and thrilled to welcome 50 students (a three-fold increase from previous years) tuning in from all across the United States, Canada, Asia and Australia.

The addition of undergraduates enhanced the program in ways I couldn’t have imagined. High school students were able to hear directly from undergrads about what it is like to study composition in college, and the college students were able to get some informal mentoring experience. Our shared community got a bit richer, and the overall response from students was incredibly positive:

“Another cool part about being an undergrad/generally older is that I feel like I’ve found peers, not just mentors, in the instructors and guest speakers. That might be my most surprising takeaway from this program. I’m friends with legit composers! It’s decimating my imposter syndrome! Very cool.”

“I can’t thank you enough for giving me this wonderful opportunity. This camp will always remain as something very special in my life.”

“I’m so grateful I got to attend this camp! It really changed how I think about composing, and how I believe in myself. I never realized how valuable it was even just to know there are other girls and folks out there who are my age, and who compose! Before YWCC, I think I grew up subconsciously believing that I could not become a “real” composer […] I can’t express how priceless this opportunity was to me.”

Watch the concert from the 2020 program. 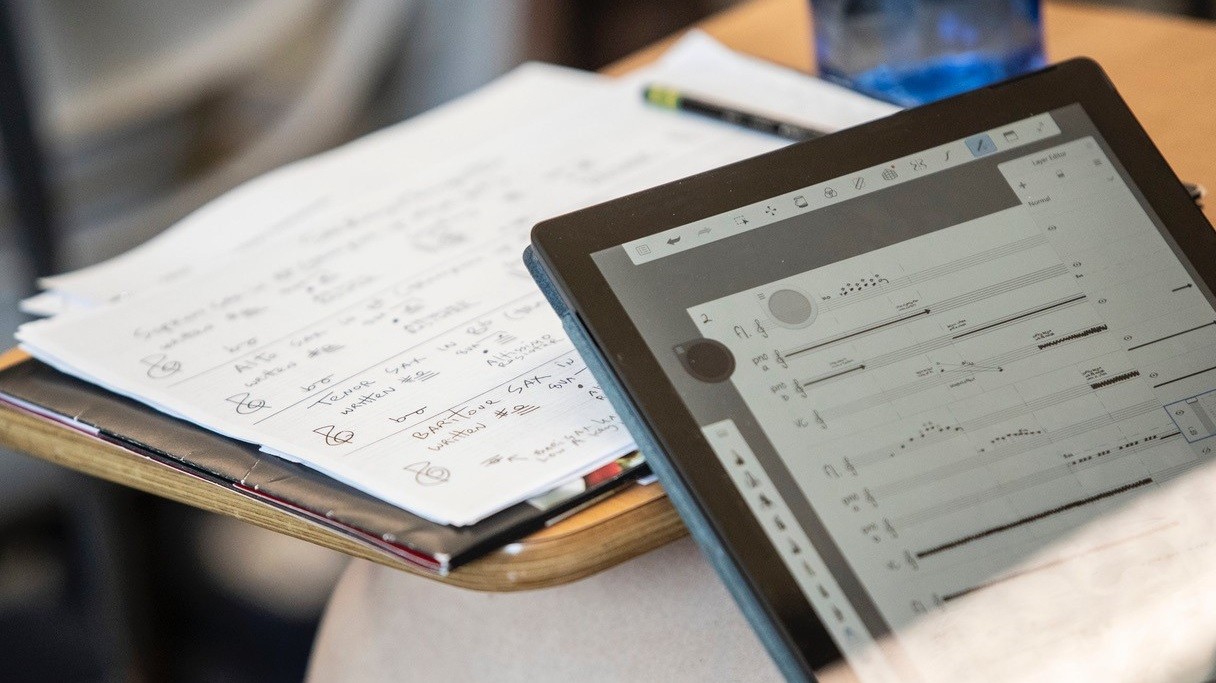 Our 2021 program, which will take place virtually in July, will feature returning instructors inti figgis-vizueta and Flannery Cunningham, new instructor Bahar Royaee, guest composer Courtney Bryan, and resident ensembles andPlay, Mazumal and Peridot Duo. We will again welcome undergraduates to join us, and plan to do so going forward once the camp meets in person again. I look forward to getting to know a new class of young composers, as well as checking in with some familiar faces.

Some big changes are on the horizon for our program. We recently incorporated as an independent nonprofit, having moved away from the fiscal sponsorship model, which will enable us to expand the program beyond a two-week summer camp. We hope to launch several other programs, including a virtual mentorship program and a year-round composition studio for high schoolers in Philadelphia.

Additionally, we are planning to change our name to be less exclusive of our nonbinary students. Although nonbinary students have been directly invited to participate since the inception of the program in 2018, our organizational name does not make this inclusion clear. We are planning to work with 2021 students to put together a short list of possible names for our organization, which will be discussed and finalized by the Board of Directors this fall.

From a personal standpoint, I have been utterly changed by this program and its three classes of brilliant, insightful, and passionate composers. I learn so much from them each summer, and they help me make the program better. I am grateful for the relationships I’ve formed with these students, and am excited to see how the organization grows in the years to come.