How can we help our students deal with nerves and anxiety before a concert, competition or performance?

We’ve all seen it happen and have even felt it ourselves — that feeling in the pit of your stomach, the shakiness, the nerves. As directors, we have learned to live with performance anxiety, but what can we do to help our students deal with it?

What is Musical Performance Anxiety?

Musical Performance Anxiety (MPA) is the clinical term for what is commonly referred to as stage fright. Fueled by anxiety, excitement, fear and self-pressure, it’s a factor that can have a huge effect on the success of our students in performance. To better help students deal with MPA, we need to first understand it.

We want our students to be excited about performing, but not to the point where they are freaking out. This type of anxiety is natural and normal and at least 16% of our students experience it, probably more early on. Anxiety is defined as “anticipation of an upcoming event,” which is not a bad thing in itself. For some, this is driven by fear — in particular, fear of the unknown (“What’s performing on stage going to be like?” and “What will happen?”). Students’ perception of what is expected of them, and how they are taught to deal with the pressure of success versus failure is also a factor in MPA.

So how do we help tame this beast in our students? Let me suggest tackling the three main roots of the issue: 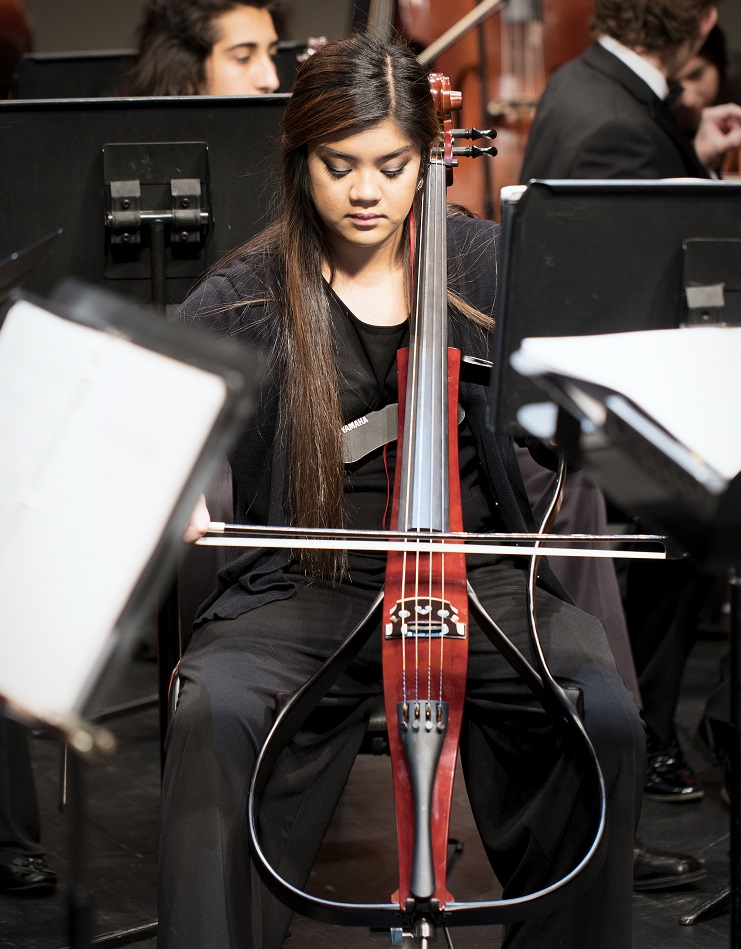 Which of your students are extroverts, and which are more introverts? Typically, it’s usually the introverted students who are more visibly shaken by the prospect of performing in public. However, some of my biggest extroverts also become quite openly anxious in the face of performing.

To quell these nerves from the get-go, provide opportunities in class for students to be more publicly visible. For example, simply ask students to answer questions out loud in class more often, ask them to stand up in class (especially when responding to a question or when performing) and provide performance-like opportunities for them on a regular basis.

One very simple way to ease into performance mode is to hear students play in smaller groups. Start with one side of the class playing while the other side claps and counts or fingers along. Then narrow it down to a row or section at a time. Or, number students off in groups of four and have just the even numbers play, then just the odd numbers, then just the ones, then the twos, etc. In as many ways as you can, start with a larger group then work down to smaller ones — this will build confidence in performing.

You can also boost confidence in your students by having them stand when playing, introduce themselves (always a fun exercise in public speaking!) or introduce others. Always have the rest of class involved in either following along physically or engaged in evaluating how the performing group did. Solicit student feedback from the class on group performances. I like to ask them to look for specific things, such as “tell me what you heard in their blend,” “who had the best tone?” or “who looked most confident to you?” Before asking for feedback, I always tell students to “be kind” in their remarks, and the students really seem to respond positively in their critiques.

Exercises like this provide students with opportunities to simulate performance in a much less threatening environment. Pointing out what they’re being successful at, rather than first focusing on what needs improvement builds confidence and can reduce the pressure they put on themselves.

Another way to build confidence and encourage students to take musical risks is to utilize improvisation in the classroom. In a game where there are no “wrong” answers, provide students with two notes, then demonstrate several combinations of them. Go around the room, row or section and have each student create their own. Put a rhythm track behind it and use it to reinforce a new rhythm concept as well, if you like. Just let the students create – make no corrections or praises. You can expand this type of game in many ways to include various note combinations (even from a piece you’re working on), scale segments, rhythmic motifs, etc., all the while just allowing your students the opportunity to play with music. You might think that “this takes time away from polishing our performance.” My response? This is time well spent on the art of performing!

Tackling the task at hand and becoming proficient at what will be performed is, of course, one of the biggest confidence builders. The responsibility for this lies on the shoulders of both the director and the students. It is the director’s responsibility to select literature that is attainable in the amount of time given, to utilize rehearsal time in the most effective manner and to provide the students with a structured regiment for how to build their proficiency. It is the student’s responsibility to put in the focused practice time (or be focused during guided practice time) to build the necessary skills and technique.

Program and Plan Well: From a director’s standpoint, as well as that of a contest adjudicator, over-programming is a key factor in increasing students’ MPA (not to mention the director’s!). Over-programming is the result of overestimating your students’ abilities, their determination or the time you have to work with your ensembles. I’ve heard quite a few directors justify their choices by stating, “I like to keep my ensemble on the edge, so their only real run-through is on the concert.” However, the reality is that they haven’t managed their rehearsal time or literature selection well enough. And what are they actually teaching their students in this example? To cram and underprepare for a performance, which in turn increases performance anxiety!

Would any professional musical organization take such risks? By the time the date of the performance arrives, your students should have already played that performance several times. Make literature choices with the students’ needs (technical growth, musical growth, enjoyment) and available time in mind, and you won’t over program.

Get Students Involved in the Plan: Sharing your rehearsal goals — daily, short term and long term — with your students is one of the best ways to help them to prepare material in an efficient and timely manner. Spend time regularly asking students to assess how well they’re attaining these goals, which will provide a starting point for planning out practice time (whether that’s on their own or during class). Ask your students for feedback on which sections of the music they feel the least prepared on — this will also help you serve them well and increases student engagement in rehearsals.

Record a section of rehearsal time, and assign students to listen for specific things, such as “how does the pulse feel here?” or “how would you describe the intonation here?” or “what do you think is the weakest element between measures 17 and 25?”, etc. To avoid surprises the week of a performance, plan regular “check points” prior to a concert and assess if your band is ready to move on.

Remember the 1984 movie “Gremlins” where a man visits a Chinese antique shop and buys a strange creature called a mogwai as a Christmas gift for his son? The shop owner gives the man three important instructions: 1) do not feed the creature after midnight, 2) do not get it wet, and 3) do not expose it to sunlight. The man relays these instructions to his son who, of course, breaks the first two rules immediately (spoiler alert!), resulting in the cute little mogwai spawning several evil and destructive gremlins. All sorts of terror ensue as a result. 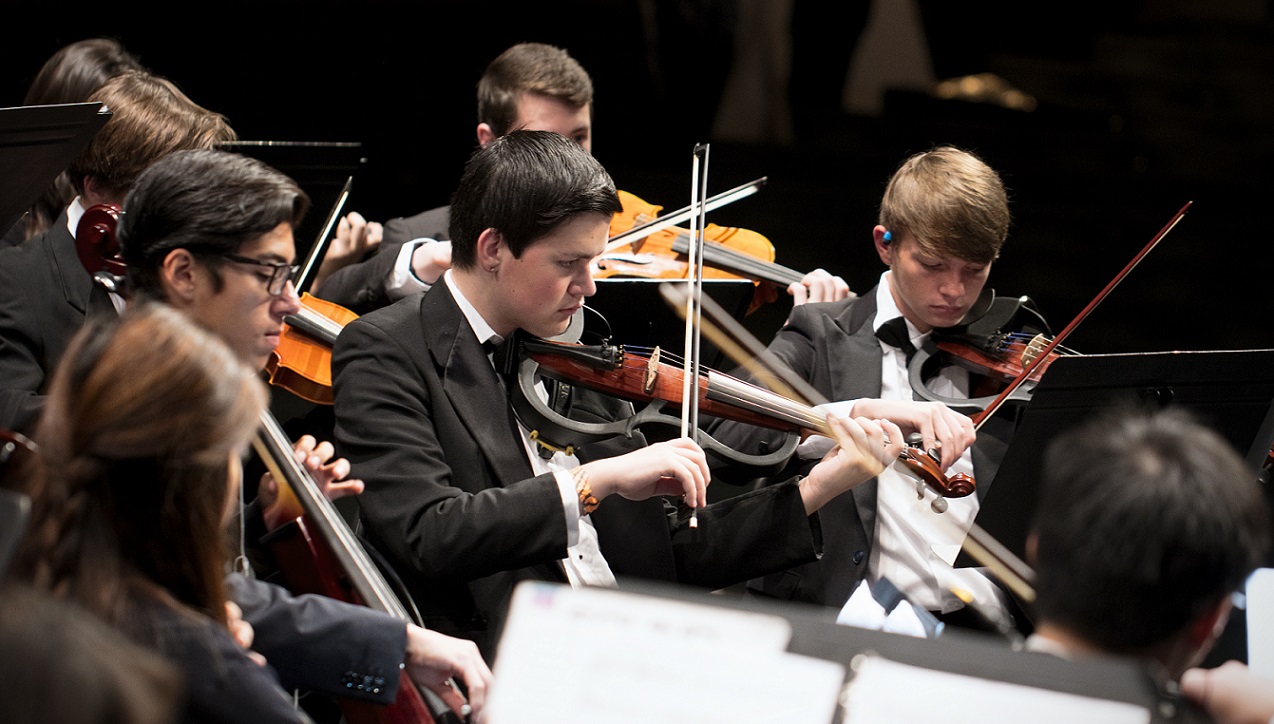 The point I make to my own students is this: I know what is going to happen musically at a performance because we have been preparing and practicing daily. What concerns me is how they will deal with all the unknowns. Will I get well-behaved mogwais or mischievous gremlins on concert night? Lack of familiarity with the performance situation is probably one of the biggest sources of anxiety for even a well-prepared ensemble.

Unlike the boy in the movie, we should heed the shop owner’s instructions and not do certain things. To help my students maintain a sense of normalcy before the concert, here are some of my rules: 1) avoid doing things on concert night that aren’t in your usual routine, 2) warm up in a similar manner, 3) expect students to enter the room in the same way and 4) maintain a calm tone.

The Walk-Through: Knowledge of what to expect is a huge factor in reducing MPA, especially in elementary and middle school performers. Practice your entry and exit, as well as how you’re going to acknowledge the audience during class several times. Help your students prepare for concerts by describing exactly what the venue will look like. I use drawings and diagrams on the board to describe what our gym set up might be for the concert, the traffic flow from warm up to the room, designate areas for instrument storage, etc.

For off campus events, I’ll show my students photos of the venue whenever possible, including what the entrance/outside of the venue looks like, as well as pointing out the warm up, performance and audience seating areas. This helps students develop a sense of familiarity with the venue before they’ve even set foot inside!

We regularly go over a detailed timeline of the actual concert, and I’ll frequently ask students random questions about it, until they get to the point where they could easily describe what’s going to happen to anyone else. Yes, you may still have students who have trouble remembering where to be and when, but if most of your band is informed, they can help those who are not! And students who know what to expect are less likely to be anxious.

By addressing the three root issues of MPA — the individual student, the task at hand and the performance situation — you will help your young students (and you!) to have less stress before and during performances!