Give your band a competitive edge with strategic sound and volume enhancements, which can result in a more unique experience for the audience, too.

In its 2017 show titled “Resurgence,” the Arcadia (California) High School Apache Marching Band used electronic sound design including amplification of soloists to create a unique aesthetic for its program.

Like Arcadia, many ensembles now incorporate sound reinforcement — microphones, amplifiers, signal processors and other electronic elements — to enhance the band’s volume, to project soloists or sections, or to add voiceovers and synthesizers to the music.

Arcadia percussion instructors Kevin Shah and Tony Nuñez emphasize the importance of making sound design part of the show rather than as its own separate element.

“Have the sound element be integrated and part of the soundtrack rather than just sitting on top of it,” says Shah, who is also the creative director and percussion composer and arranger for the Blue Knights Drum and Bugle Corps, based in Denver, Colorado. “When it’s done really well, it’s part of the fabric of the production. It’s not overbearing but not underproduced.”

Nuñez, a sound design specialist as well as art director for the Riverside (California) City College Indoor Percussion, suggests focusing on the show theme and musical development rather than putting too much emphasis on technology. “People get stuck on the tools instead of focusing on the musical message or student experience,” he says. “Use limited tools to create maximum effect.” 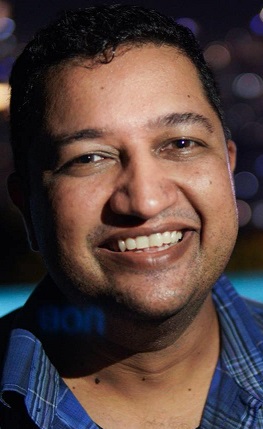 To get started, music educators should use resources offered through marching organizations to learn more about sound design. For example, The Arcadia Music and Arts Symposium offers master classes, workshops, roundtable discussions, performances and other activities for both students and directors. In addition, WGI Sport of the Arts has a series of educational downloads that provide information about sampling, synthesizers and amplification for indoor drumlines.

“When you start to invest in equipment, it can get overwhelming,” Shah says. “There are a ton of resources out there. Try to connect with people who already have experience and soak in the information.”

Invest for Now and the Future

With a large variety of equipment and technology available, Nuñez says sound design equipment should be specific to the program’s needs rather than generic. “It’s about what the music needs to do, the budget, and what the show needs to accomplish,” he says.

Shah advises educators to invest in equipment that will help carry their programs forward. For example, buy a mixer with the ability to purchase expanders when the need for more channels arises.

“Always [keep] learning, updating gear [and] maximizing what you have,” he says. “When you get to a point where the band needs to grow, have the ability to do so.” 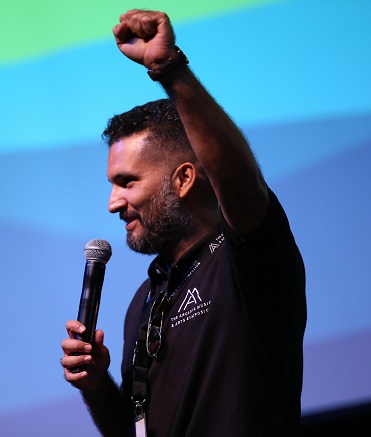 Once an ensemble has the appropriate equipment, let designers experiment with the technology, Nuñez suggests. “Empower the designers to think about it as a design tool,” he says. “Experiment for a time, then say, ‘What can we do?’ If you’re all on the same page, you can start with an idea, experiment, then find your way.”

In addition, many ensembles use sound design and reinforcement to enhance individual elements, including soloists and voiceovers. In Arcadia’s “Resurgence” show, amplified synthesizer effects in the beginning of the program allowed the ensemble to build up to its first impact. Shah says that using electronics effectively helps the entire ensemble rather than just a select few.

“It gives more character to the sound, and depending on the type of show, it’s going to give it more of a rich texture,” Shah says. “It’s an opportunity to enhance the sound of your group.”

Both Shah and Nuñez emphasize that while directors need to understand the equipment themselves, they must pass along that wisdom to their students. “Take the time to work it out, ask questions, do trial and error, and really help them fully understand,” Nuñez says.

Shah says that students should fully understand how to operate the technology. “I try to make sure every student [involved] is taught how everything works and what to do when something goes wrong,” he says. “With any sort of equipment, there will be failures, and being able to troubleshoot effectively is another huge component to training your students.”

In the end, sound design gives directors an opportunity to make their shows stand out, especially in competitive settings where ensembles have similar instrumentation. “For modern ensembles, [sound design] is a way to enhance the acoustic ensemble and use it as a storytelling device,” Shah says.