Socialization is typically a by­product of a music program. However, in one music class at Parkway Central Middle School in Chesterfield, Missouri, socialization is the goal. 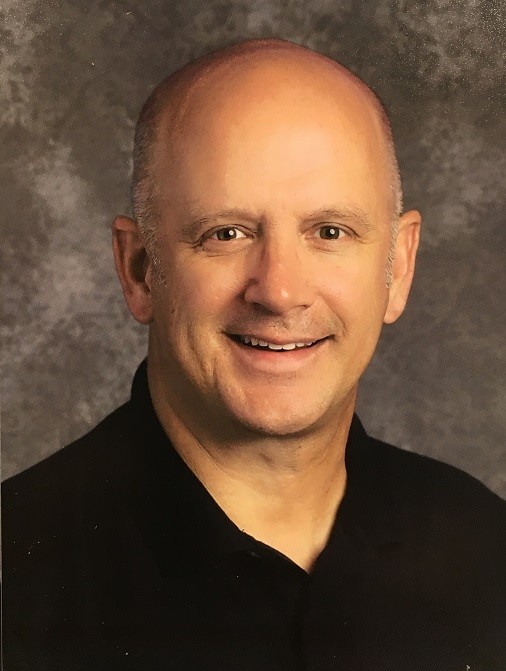 Parkway Central’s band director, Paul Holzen, says that 20 of his band students volunteer to be “Peer Mentors” and build trusting, caring relationships with exceptional students who might not otherwise have a chance to participate in a band program. They’re not molding special education students into musicians; they’re including them in the band as peers and as “New Musicians.”

“Music is just the vehicle we’re using to build these relationships,” says Holzen, who was named a GRAMMY® Music Educator of the Year Semifinalist in 2019.

Come, Be Friends With Us

Students with intellectual or developmental disabilities might spend most of their days in their own classroom. United Sound broadens their horizons and makes them feel part of the greater school community. “The band room is where friends [are found]; if we can open the door and say, ‘Come, be friends with us,’ then we’ve maybe made a lifelong change,” says Julie Duty, founder of United Sound.

Kacey Ruckstaetter’s daughter, Alaina, has been playing cornet as a United Sound musician for the past two years at Parkway Central and has built peer relationships with students who are not in her other classes. “As she walks the halls, students give her a high five and say, ‘Hello,’ because they know her from band class,” Ruckstaetter says.

For the first 15 minutes of the United Sound class, Peer Mentors encourage New Musicians to exchange personal stories. “They’ll ask them, ‘How are you doing?'” Holzen says.

Once the socializing is done, it’s time for music. Learning to play an instrument helps students with their artistic, cognitive and physical development, Holzen says. For at least one United Sound musician, learning the clarinet has strengthened her facial muscles, and her speech therapist has noticed the improvement, he adds. 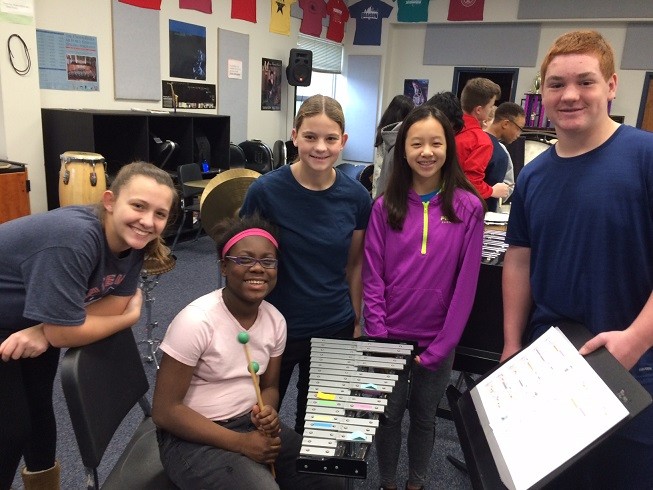 United Sound has 85 chapters — 18 at middle schools, 62 at high schools and five at universities — in 25 states. No matter the level, all chapters are 100% student-led. United Sound provides training and materials for teachers, student volunteers and the New Musicians.

Recently completing its second year, Parkway Central’s United Sound chapter meets weekly and has six New Musicians, each one taught by three Peer Mentors. “The students do all the work,” Holzen says. “They get to know their New Musician and develop a relationship.”

Working as a team, one mentor might model playing the instrument while another points to the music.

Directors just starting a United Sound chapter should place their trust in the Peer Mentors, Stiens says. “United Sound is really built on peers supporting peers and allowing them to cultivate a relationship without constant guidance,” Stiens says. “It’s beautiful to watch.”

Each year, Holzen appoints a president and a vice president among the Peer Mentors and communicates solely with them. They, in turn, communicate with the other mentors. Holzen’s system gives students a new perspective on leadership, understanding and awareness, important qualities for middle school students. “I’m helping them to be leaders, and it’s going down the chain,” says Holzen.

As far as teaching methods, Peer Mentors take their cues from Stiens and Holzen. “The best thing a mentor can do in the beginning is watch how teachers interact with their students,” Stiens says.

Stiens says that she has witnessed middle schoolers zoning out in the classroom, but it’s different with the United Sound Peer Mentors. They zone in, pay attention, listen, solve problems and create a bond with their musician.

Before student volunteers can begin teaching, they’re put through the paces of a training program. First, they watch two United Sound videos. Then, Stiens shares specific information about the musicians they’ll be mentoring. Some of her students are nonverbal, some have the use of only one hand, some don’t like loud noises, and some have vision impairments. She discusses strategies, communication and motivation. “I typically try to convey that each student is capable of achieving the same skill, but it will be in their own way,” Stiens says. 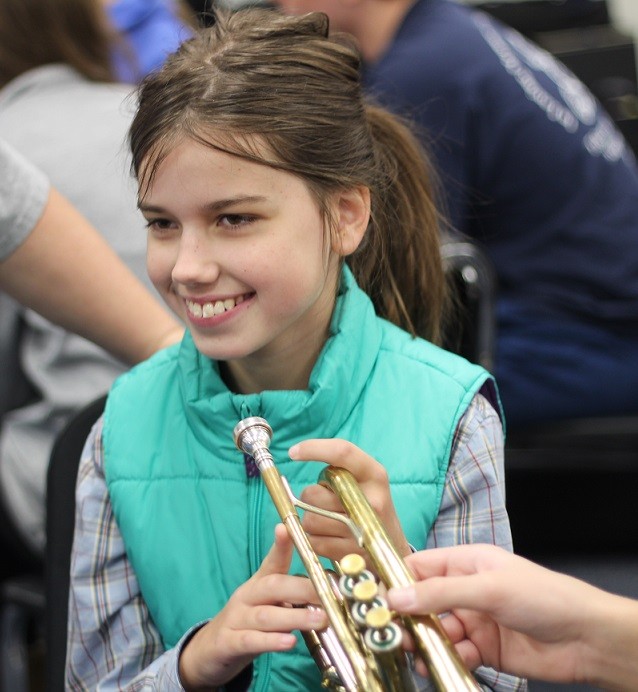 United Sound is just a fraction of Parkway Central’s band program. Holzen is one of two band directors and the school’s fine arts department chair. Holzen and co-director Chris Higgins collaborate frequently as they teach 250 band students in 6th, 7th and 8th grades.

Starting the United Sound chapter as part of Parkway Central’s overall band program had several challenges. But once overcome, the rewards were significant.

The biggest problem was having too many students who wanted to be Peer Mentors. “I had lots of students interested in participating,” Holzen says. “I hope to always have that problem.”

Holzen’s personal goal is to help all of the New Musicians move forward and feel like they are accomplishing something while feeling as though they belong.

Although United Sound meets during Parkway Central’s weekly structured enrichment periods and not during one of Holzen’s traditional band classes, the United Sound New Musicians are members of his band. When the band hosts its two yearly concerts, the New Musicians perform not as a separate ensemble but shoulder to shoulder with their Peer Mentors, who write musical parts specifically for them.

“If you only learned two notes all year, we’ll write you a modified part to this song that plays B flat and A at exactly the right time,” Duty says. “Every time that B flat comes around, you’re going to play that B flat. Everybody’s playing a part that meets them right where they are.”

Like any young musician learning an instrument, United Sound performers have practical challenges too. Initially Alaina had difficulty learning proper breathing technique to get sound from her cornet. “She persevered, and with the help of the band director and her Peer Mentors, after a year and a half, she finally succeeded in playing the cornet,” Ruckstaetter says.

Now United Sound is the highlight of Alaina’s week. “All weekend she would let the family know how excited she was about going to United Sound on Mondays,” Ruckstaetter says. “She enjoyed it so much that the program made an impact on our entire family.”

Alaina’s cornet playing has inspired her younger brother, who plays the trumpet, to apply to be a Peer Mentor next year. “He is so excited about the opportunity to work with students like his sister and help them learn [to play] band instruments and get to know them through United Sound,” Ruckstaetter says.