I’ve been playing music for nearly fifty years now; I started when I was ten. I played in tons of different bands — everything from Elvis impersonator gigs and wedding receptions to garage bands and school shows, you name it. You have to do the grunt work — you can’t microwave this kind of thing. I was originally a street cat, playing by ear, then somebody made me learn how to read music. I got excited about that, and about listening to all kinds of music, learning new pieces and studying how they were put together. 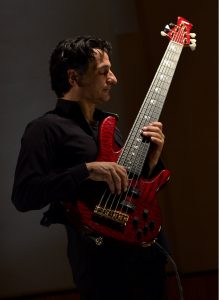 I went to music school for about three years and studied classical bass, then left and found myself going to people for a tune-up, or trying to figure out stuff on my own. I learned piano, and some drums. All these things go into the pot, so when somebody like a Wayne Shorter calls you and asks you to create something out of nothing — and gives you the space to do it — you’ve got all of that in your back pocket. You can’t skip over those steps. You got to be working your whole life to be a well-rounded musician.

Someone who only has an academic music experience can talk to you about music, but sometimes they can’t play it yet. They’re not necessarily invested in the other part — the organic part. It’s about using your ear, not just technically playing your instrument. You have to understand how your instrument functions in a given style. You have to have a foundation before you can break all the rules.

I’ve been around Wayne for a long time. The first time I played with him was on his 1986 record Atlantis. Those were structured tunes, and the improvisation was on one chord that could go anywhere. It was much more traditional than what later happened with the Wayne Shorter Quartet, where he encouraged us to step out and create from nothing.

Some people think that creating music from nothing sounds scary, but it really isn’t because of the relationships the members of this quartet have with each other. One reason why that band has worked so well is because everyone’s really committed to structure, and everybody has studied music extensively. Not just in an intellectual and academic way, but by doing it, transcribing it, listening to it. It’s about being invested in rhythmic and groove music, where there’s a powerful rhythmic foundation that is unshakeable. We’re all composers, and when you have people who are invested in the way the music is put together, you collectively think about music in a different way.

In situations like that, you’re not thinking about your instrument and what you’re doing. Instead, you’re thinking about the whole arrangement, all the time. That changes the choices you make. You’re not thinking, “I’m going to play this cool little bass thing.” You’re thinking, “What did he just do over there? How can I support that? Let me play this little counter line. Oh wait, listen to that…” It’s a different thing. You have your composer’s hat on. Of course, you’re doing this intuitively. You’re not so cerebral about it — but it takes years to get to that point.

Recently, I’ve been spending a lot of time rehearsing with Wayne for an opera he’s writing. We’ve been working on this for a while, and now it’s to the point where we’re fleshing out parts for the singers and honing all the orchestrations. It’s been a long process, and it’s been a great experience because Wayne’s music is unlike any other music — it’s truly free jazz, in that he wants to create improvised compositions. [Pianist] Danilo Perez calls it “compromising” because we’re actually composing together, in the moment. The music has a lot more shape, form, rhythm, and harmonic and melodic counterpoint than most free jazz. Some of it is very textural, with moments where everybody hits it with a lot of density and freaks out. And then there are more predictable pieces where you play slowly and softly, then louder and faster. We play some of Wayne’s written parts too, but here the idea is to blur the line completely so that we are composing something in real time.

That’s a huge concept, one that’s based on a relationship built over decades — it’s actually been a stewardship. In fact, I learned how to become a mentor from Wayne, since he’s been my mentor. These days, I’m often the oldest guy in other sessions, but Wayne is almost always the oldest guy in the room wherever he plays. We’re always deferring to him because he’s a genius, first of all. Then, of course, he’s like our dad, and one of the sweetest guys in the world. After all is said and done, it’s because he’s a truly incredible person, and not just as a player or a composer.

In the Quartet, of course, we always defer to Wayne. Not only did he write the music, he has a vision unlike anyone else. So you check in and say, “Is this OK? What are you thinking here?” There’s always so much fun energy coming from him, and because he’s 85 years old, he provides lots of life lessons to embrace. Of course, you can learn from people younger than you too, and you should treat people with respect all the time. But sometimes you may have to step up and lead if someone needs help or inspiration … even if that takes you in a different direction.

For Wayne, it’s always about trying to take music to the highest level. But he shares it; he doesn’t hold on tightly and say, “This is mine.” That’s a lesson in humility — proof that there’s always still more to learn, no matter how old you are.

For more information, go to johnpatitucci.com. 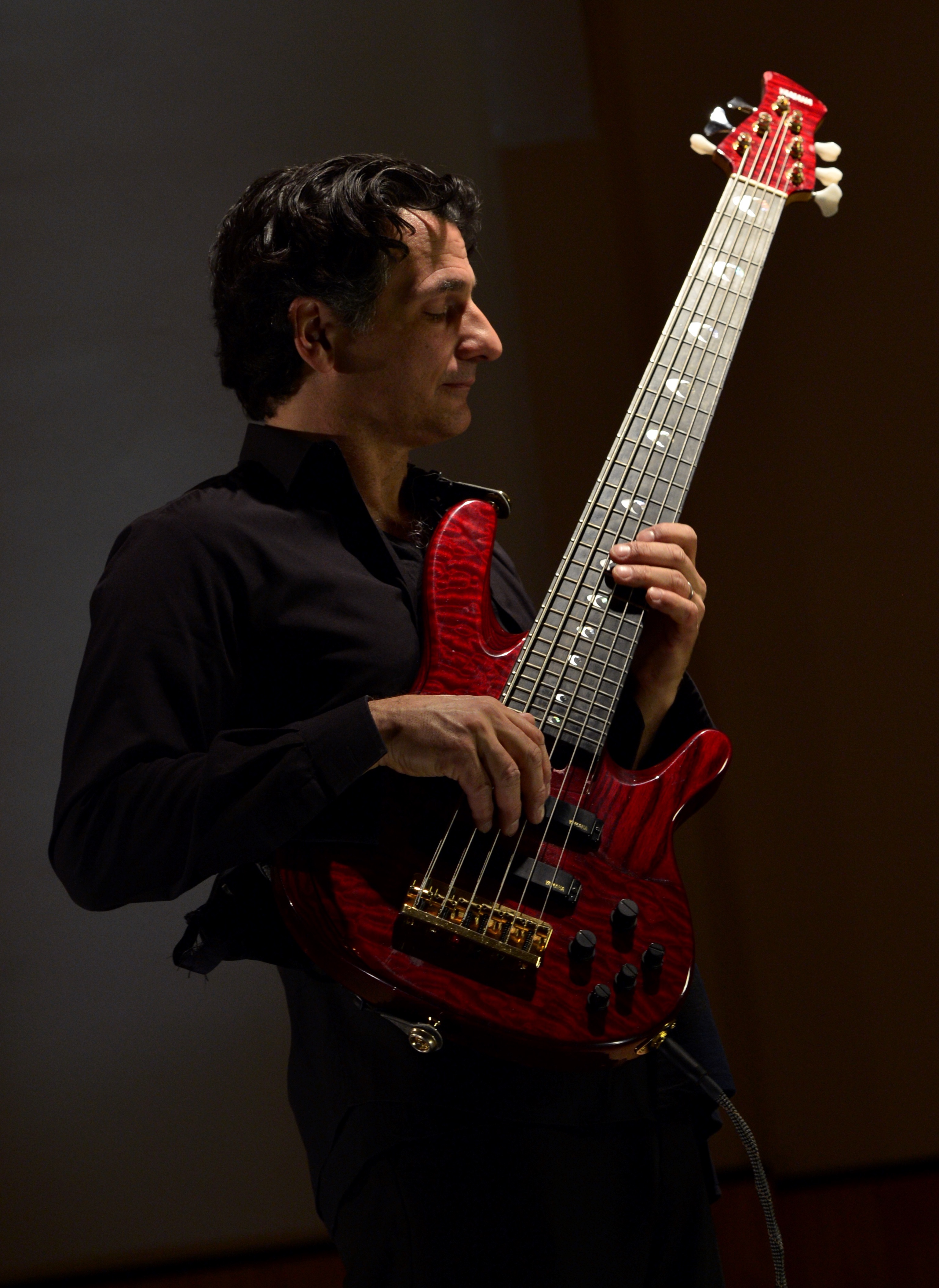 Born in 1959 in Brooklyn, New York, John Patitucci began playing the electric bass at the age of ten. John studied classical bass at San Francisco State University and Long Beach State University. In 1980, he continued his career in Los Angeles as a studio musician and a jazz artist. As a studio musician, John has played on countless albums and soundtracks with artists such as B.B. King, Bonnie Raitt, Chick Corea, Wayne Shorter, Herbie Hancock, Michael Brecker, George Benson, Dizzy Gillespie, Was Not Was, Dave Grusin, Natalie Cole, Bon Jovi, Queen Latifah, Sting and Carly Simon. As a performer, he has played throughout the world with his own band, and with jazz luminaries Chick Corea, Herbie Hancock, Wayne Shorter, Stan Getz, Wynton Marsalis, Joshua ...

Choosing the Right Electric Guitar: Hollow-Body vs. Solid-Body
Speeding Up by Slowing Down