Getting into the Zone.

Welcome to a new feature here on the Yamaha Music blog! Each month, Grammy-nominated songwriter Shelly Peiken will talk about a different aspect of the creative process.

Creative people need privacy. But privacy is not an easy space to find with this thing called life going on all around us.

Even when we find we have some (privacy), we can’t take for granted that the magical portal will open to the Zone — the place where we are unquestionably and most definitely at Peak Performance. “On Our Game,” as sports marketers would say.

There’s no GPS for getting into the Zone. The map changes daily. And there’s no guarantee that just because we’re available we get to go in. Sometimes it takes weeks before we receive the nod. So when I’m lucky enough to have been granted entry and my hubby knocks on my writing room door to see when we’re having dinner, I’m not happy. That’s the knock that could kill the Muse.

But let’s be fair. When he’s in his studio composing, I knock on his door too. Funny, he gives me the very same look. 🙁

What to do? Never intrude? Live alone? Get creative only when no one’s home? Yes, but the doorbell still rings. Sirens still scream. Lawnmowers still blow. Sometimes the gardener even waves through my office window just to say hi. Friendly gardener.

I love hotel rooms. No doorbells, no lawnmowers, no robo-calls. I make 24/7 use of those “privacy please” signs. Last time I was in New York I opted out of new linens and towels for three days. Leave things as they are lest it change my point of view. I’m not that dirty.

In his 2016 memoir Bruce Springsteen writes about a rule he had when his kids were little: If he was writing he was not to be disturbed. Hey, he could have been working on “Thunder Road” and we might never have heard it. That would be sad.

One day his wife Patti told him (and I paraphrase), you’re going to miss it. And he asked miss what? And she said the kids … waking them up, getting them off to school. It’s gonna be over in the blink of an eye. He changed the rule. Started making them breakfast. Good boy, Bruce.

Moving on. The people in my gym think I’m antisocial. And I am. Ideas come when I’m moving. When the blood is flowing. So don’t talk to me. Seriously. Pretend we don’t know each other. And don’t take it personally.

In fact, I use my wireless earbuds as a deterrent even when I’m not listening to music. If you see those Shrek-like things in my ears and still try to engage, I will give you the stink eye. If you persist I will stop the treadmill, remove one Shrek-like thing and give you my undivided attention … which will most definitely make you feel like you’re annoying me. Because you are.

My apologies. I should wear a T-shirt that actually says, “Don’t talk to me.” As a matter of fact, I’m going to Google it. I’m sure it exists. 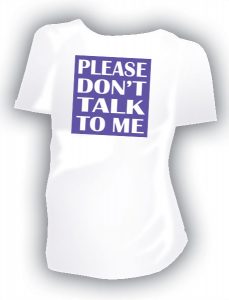 There you go. At least it says please.

Let’s face it. Being in the Zone is blessed. Mystical. Elusive. However, when you’re fortunate enough to have found yourself there, don’t give it the time of day. Just carry on. Keep streaming whatever stream of consciousness earned you a ticket in the first place. After all, the Zone has a mind of its own. It is temperamental. Give it too much deference and it will disappear as quickly as it came. 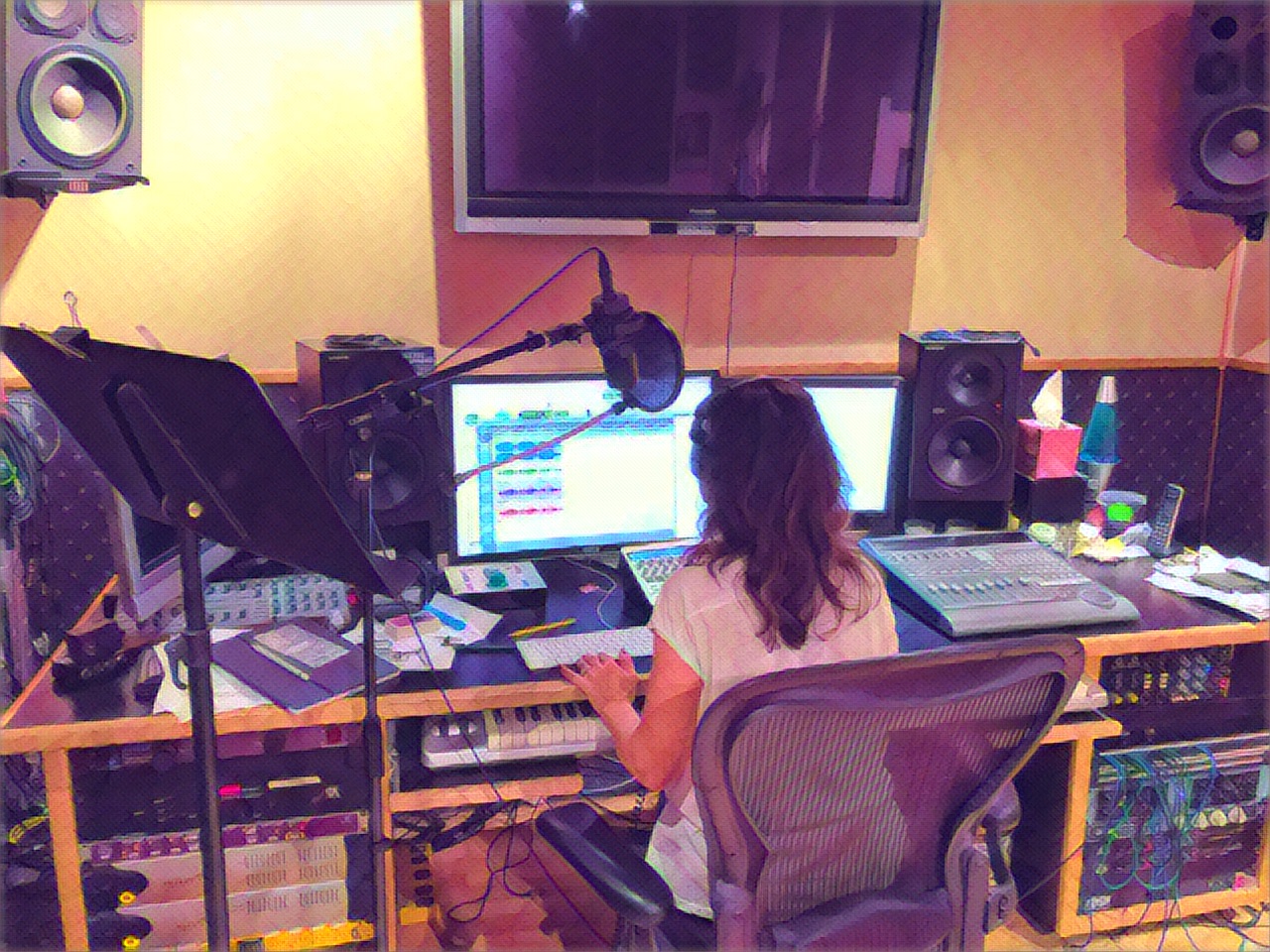 To prevent these precious moments from slipping away, my husband and I have developed a signal for when we absolutely need each other’s attention: We get in each other’s peripheral line of vision, silently flap our fingers to our palms twice and then leave the room, as if to say, in the subtlest of ways, I know you’re in deep … need to talk … when you take a break … bye. OK, so it does put a bit of a blip into our concentration but certainly not as jarring as a bam on the door or a shout across the house: “I’m going to the market — what do we need?”

Ah … he just went off to play tennis. I’m home alone! Woohoo! Hey, I just learned how to record my own vocals — something I’ve resisted for decades. What was I waiting for? Our home studio is empty and soundproof. I think I’ll get busy.

Hail to the Zone. May you find it often. And stay for as long as you can.