John and Paul and … Mac 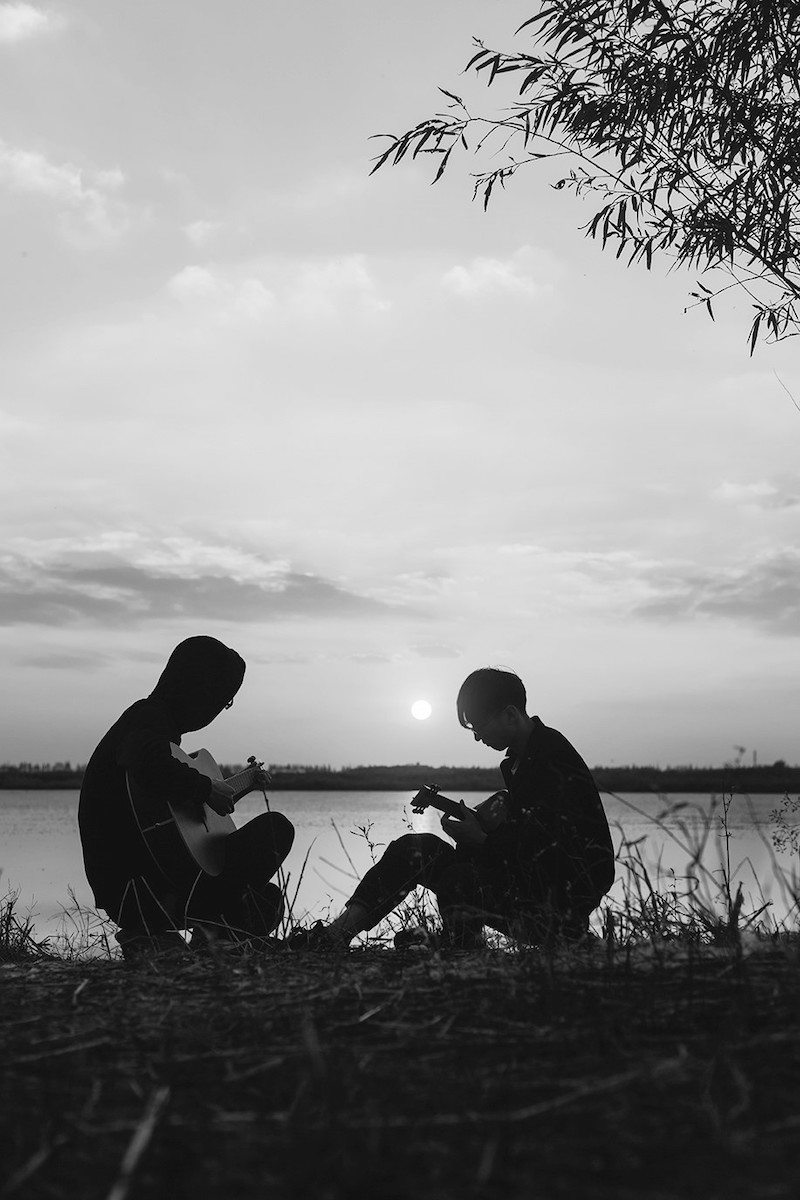 More than half a century ago, John Lennon and Paul McCartney sat across from one another, knee to knee, guitars in hand, and wrote some of the greatest songs the world has ever known, without the benefit of any kind of modern technology. Would those songs have been any better if they were composed on computers and file-shared?

That’s a question a friend posed to me awhile ago, and it’s one I’ve been pondering for quite some time now.

There’s no doubt technology has made recording music easier and faster. With unlimited digital tracks available for vocal takes and comping, samples that allow us to access sounds we couldn’t have otherwise created ourselves and numerous DAW platforms that make it possible to collaborate with people anywhere in the world, we have more freedom and options than ever.

But does technology change the way we songwriters write, and if so, is it a help or a hindrance?

I remember a time when only three props needed to be present in order to write a song: a musical instrument (usually a guitar or a piano) and a pen and paper to write down the words. Today, of course, the instrument can be virtual (living inside our computer instead of a physical presence) and, for many, the pen and paper have been replaced by our computer, tablet or smartphone. In addition, there’s usually a beat looping from the get-go to give us a jump start, and a recording device standing by to capture any “happy accidents” that might occur.

Virtual instruments have their place, though I personally still prefer the tactile feel of a real piano or guitar. But the fixed rhythm of a beat can limit our tempo choice (or time signature) when we might have otherwise fallen more naturally into something quite different, and the mere presence of a recording device can make us self-conscious and rob us of spontaneity. (I suppose the trick is to tap record and try to forget it’s running.)

Which begs the question: Can technology remove the very imperfections that would otherwise humanize us? The answer is undoubtedly yes, given enough time and fanatical attention to detail. But is that a good thing?

“The Beatles were constantly in search of perfection,” wrote legendary Abbey Road engineer Geoff Emerick in his 2006 memoir Here, There and Everywhere: My Life Recording the Music of the Beatles, “but they were looking for the perfect way to convey a feeling, not technical perfection. … If someone made a tiny mistake or sang something a little funny, it would generally be left in if it was felt it added to the character of the record. Sometimes we’d even accentuate the mistakes during mixing, just to underline the fact that the music was being made by fallible human beings.”

That said, not all technology is designed to “perfect” per se. Today’s digital tools have knocked down barriers for superstar artist/producer/songwriters like T-Pain, Diplo and Beck, whose altered sounds are their brand. They could not have created their aesthetic without modern gadgets and gear. And though there always has been (and probably always will be) an audience for coffee-house acoustic music (myself included), many enjoy the opposite end of the spectrum as well (myself included here too!).

In my view there’s a balance. These wonderful toys allow us to experiment, get playful, have fun with sound. All positives, as I see it … so long as we’re careful not to use them to remove the heartbeat, the feeling, or cause us to lose the plot.

We’ve come a long way from the uncomplicated song born from those three ingredients in a room. Technology has allowed us freedom to explore, to evolve, to discover the “off,” the odd, the distorted, the trippy, the unexpected. Even Paul McCartney has dabbled in electronica from time to time, under the pseudonym The Fireman. And let us not forget that John Lennon was a big fan of Yoko Ono’s experimental music and the force behind the “Revolution 9” sound collage that dominates side 4 of the double White Album. I Imagine (pun intended) that if he were still here, he’d be curious and happily experimenting with all of today’s toys right along with the rest of us.