It’s all in the phrasing. 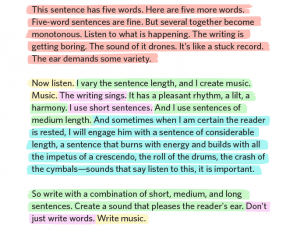