Grab an instrument and join in the celebration.

In 2006, I came back from a summer trip to Paris with an amazing story to tell.

On one day – it happened to be June 21 – thousands of musicians started showing up on street corners, taking out their instruments, and playing. As I walked across the city, an endless procession of music came into my ears: individual accordion players, a brass quintet, kids playing Suzuki pieces on a digital piano, some kind of Scandinavian rock band, a hip-hop cypher, a choir of retired women singing pop songs, with hints of even more music around every other corner. It was impossible to miss. The city had turned into a huge open-air stage for what’s known as the Fête de la Musique (or Faites de la Musique, which translates as “Make Music”). All this, I learned, was taking place that day not just in Paris, but in every city in France … and it had been going on for decades. 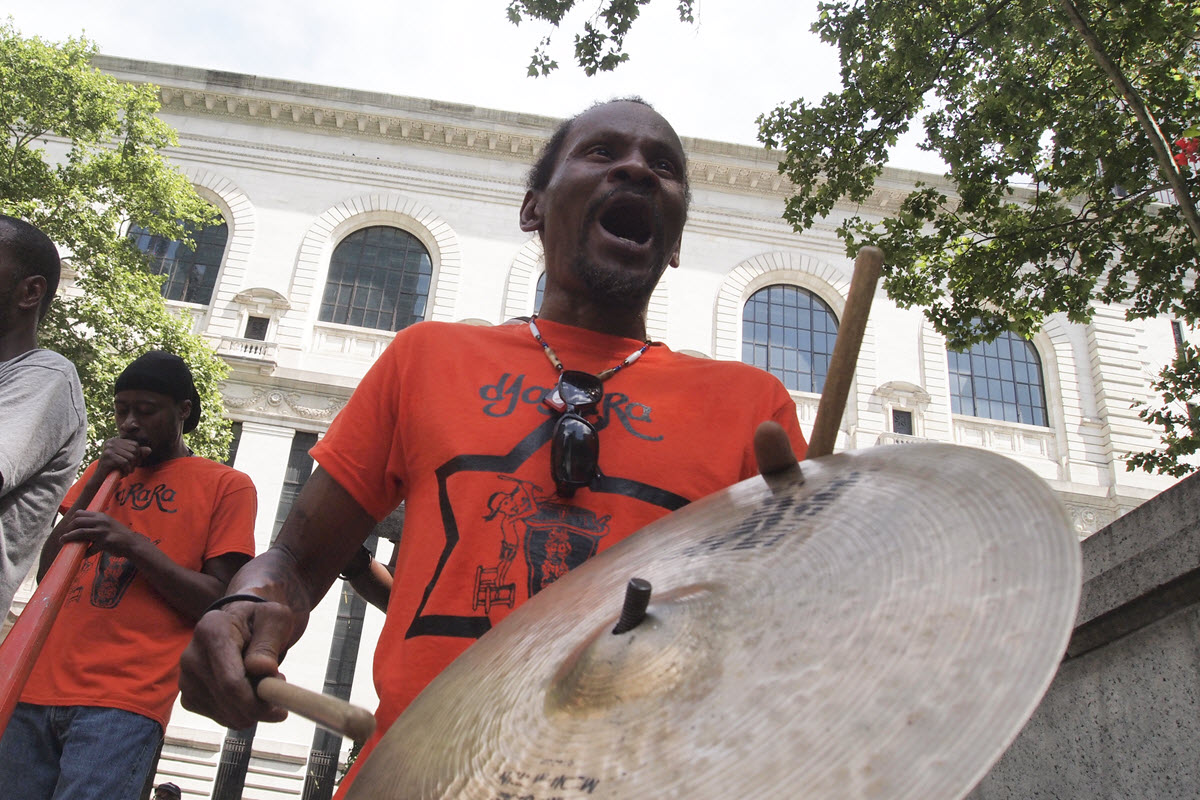 A few days later, I landed back home in New York. Instead of hearing music on the streets, I heard the familiar sounds of sirens and horn honking. But it didn’t have to be this way. Surely, I thought, New York is teeming with musicians – amateurs and professionals of the most diverse kind – who would love to come outside for a day to meet each other, play together and share their music, if given the chance.

I started telling people about the “Make Music” day that I had witnessed, and how we should do it in New York in 2007. I talked it up to my musician friends, old colleagues, cultural institutions, music schools, city officials, community organizers, media outlets, and everyone else I could think of. 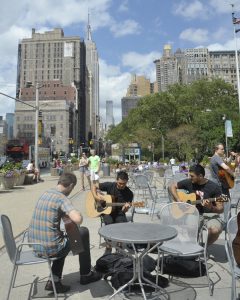 What surprised me most were the blank looks. Even among cosmopolitan New Yorkers, almost no one had heard of the Fête de la Musique. I showed pictures I had taken of performances in Paris, recited statistics from the French Ministry of Culture, and still there was a feeling of disbelief. It almost seemed too simple. You mean, you tell people they can come outside and play music? And then … they do?

All the way up to June 21 that year, I spoke with hundreds of people making plans for the first “Make Music New York” day and I felt that same hesitation. An older woman in a Harlem apartment building was going to wheel her upright piano into the elevator, and down onto the street for a Make Music New York block party. That sounded amazing, but a heavy lift for someone barely five feet tall. Would she really go through with it? I told her about Carnegie Hall’s plans for the event, and about all the young rock bands coming out in Williamsburg. The message I was trying to convey was: You are not alone! You’re not going to be the only one at the party! But even I wasn’t sure what to expect.

And then the big day came. I brought my saxophone over to a West Village street that had been closed off for Make Music Day. More than a hundred musicians had gotten there before me, and had already started playing Terry Riley’s In C. On the sidewalk near my office, some teenage tap dancers set up and had a recital. A friend reported that a Brazilian Samba band had been briefly rained on but they went under some scaffolding and had a terrifically loud time. An official from City Hall told me that she had seen a woman playing an upright piano that had been wheeled out onto the street in Harlem. All in all, 560 outdoor musical events took place for the first Make Music New York. It was not as many as in Paris, but it was a start.

Over the following years, Make Music New York grew in size, reaching a peak of 1,355 participatory musical events in 2014. Each year, the blank looks became less blank. Now that people had seen it, the idea seemed straightforward, even obvious.

And as word got out about the New York event, and the NAMM Foundation started to promote it, Make Music Day began to expand across the country. It is now celebrated in over 85 cities in the United States on June 21st, encompassing over 5,000 events. Make Music China began in 2016, adding another 4,000 events to the calendar. Make Music Day UK, Make Music Argentina, Make Music Australia, and Make Music Lagos each launched in the last few years and are growing quickly. 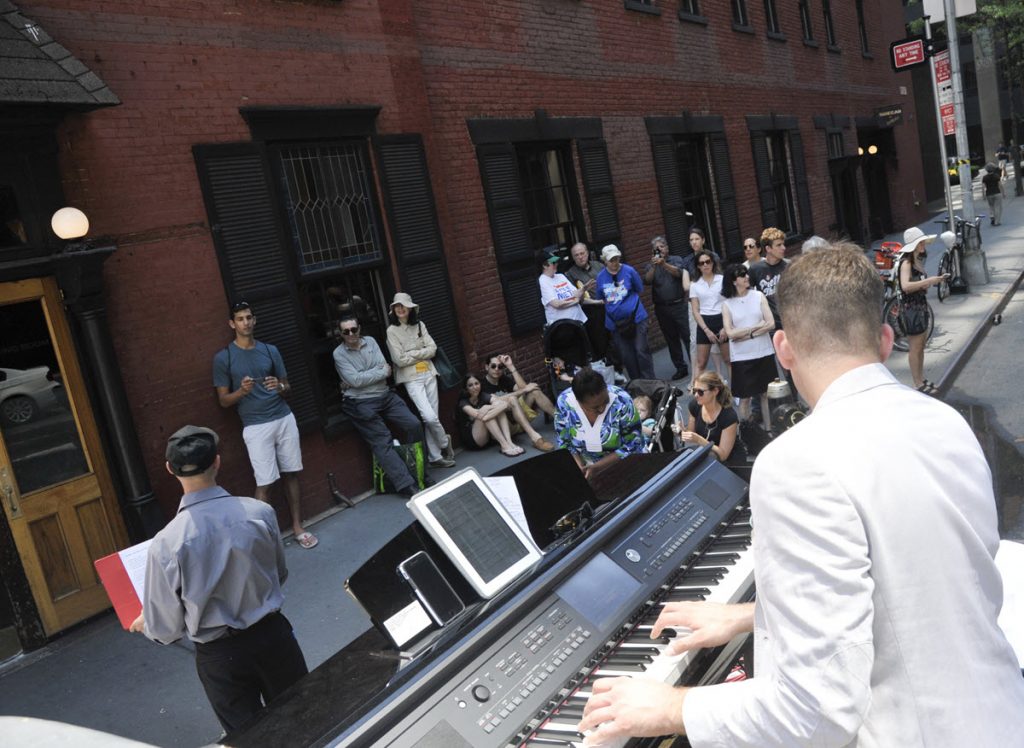 Every year, this holiday is spreading to more and more of the world, taking the form of the local musical culture everywhere it goes. (Editor’s note: We mark the day each year with performances by local bands comprised of our employees and a friendly “Yamaha Idol” competition.) You no longer need to go to France in order to experience every kind of music on June 21. Just grab an instrument, step outside, and follow your ears!