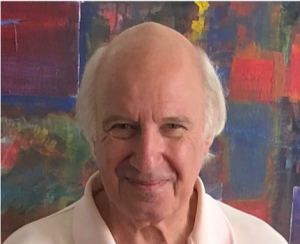 Recently, my father-in-law, Al Gorgoni, shared the notion that an artist doesn’t know where they’re going until they get there. Wise Al is well-acquainted with the mysterious thing we call creativity. He played guitar on hundreds of sessions in the ’60s, including one where he came up with the iconic riff on Van Morrison’s “Brown Eyed Girl.”

This observation stuck with me, and the next day I asked Al to elaborate. “I was reflecting on how we start from scratch a lot of the time,” he explained, “and think we’re writing about one thing but then it turns out to be another. We have to be open to where the journey takes us. Sometimes we just start and have no idea what’s going to happen.”

I concur. And that means if we’re feeling like our plate is empty, we songwriters may have to eeny-meeny-miny-moe a starting point: Perhaps we’re eight years old, standing at the kitchen counter helping Grandma bake muffins, only to find 20 minutes later we’re swimming in the ocean with a high school crush.

It reminds me of a well-known creative exercise where a writer is instructed to put pen on paper (with eyes closed) or fingertips on computer keyboard (with screen dark) and just begin writing whatever it is that comes to mind, stream-of-consciousness. (If it’s a melody you’re creating, as opposed to words, then a device should be used to record your humming or playing.) The point is that we should let our mind meander and enjoy the swerves, curves and speed bumps, and not concern ourselves with sentence structure, grammar, syntax or, more importantly, why we’re entering unexplainable, random or seemingly senseless territory. Unfinished business, or business that wants to be re-examined? Hard to know, but we felt a pull and we followed. And that’s good because writers write. Even when we think we have nothing to say. Even when we think we have no story.

All of which brings to mind an experience I had not long ago, when I spoke with a class of songwriting students at Cal Poly Pomona University. One student approached me afterwards and confessed that he was concerned with a new assignment: to write a song that tells a story. He asked me what he should do if he has no stories.

My first inclination was to suggest he change his major. But I reconsidered. He’s just learning how to tap into himself. Everyone has stories.

So we have a choice to make: We can avoid this leap of faith (like the reluctant student) or we can welcome the adventure. If we’re willing to travel, if we follow our muse unconditionally and trust in her guidance, we may stumble upon delicious (or uncomfortable) feelings we didn’t even know existed. We may be pleasantly surprised, or we may be horrified. Either way, all destinations matter. They’re all fodder, ingredients, material for stories.

Of course, sometimes we wind up writing about the same ex-love twenty songs in a row (lots of unfinished business!). It’s possible that each tale has a different ending, which makes sense because there are many nuances to a relationship: exhilaration in one song, heartbreak in another. (Side note: If you realize you’re writing countless songs about the same ex, you could call one of them “All Roads Lead To You.” Hey, I actually like that title … and, what’s more, I didn’t know it would fall out of my head until I got there!)

Or, as Wise Al put it: “Real art happens when we get out of our own way and let it come and go wherever it takes us, without thinking too much about it. Or not thinking at all. It’s like riding a joyous kind of vibration.”

It’s a sentiment that should give hope to every student of song, especially on those days they swear their well is dry. You’ve gotta get in the car, enjoy the ride … and have faith in the destination. 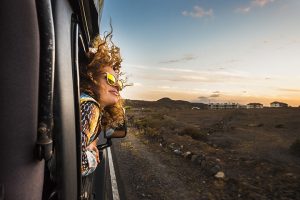