Yamaha Artist Steve Gadd on the development of his Signature Snare Drum.

There’s probably not a drummer on the planet who isn’t familiar with Steve Gadd’s work. With a list of recording and tour credits that include Stevie Wonder, Paul Simon, Steely Dan, Al Di Meola, Chick Corea, Eric Clapton, James Taylor, Aretha Franklin and Paul McCartney, Gadd has become one of the world’s most influential drummers since his rise to prominence in the 1970s.

For more than 40 years, this Grammy® Award winner has played Yamaha drums, but his relationship with the company doesn’t end at the tips of his sticks. Gadd helped popularize Yamaha Recording Custom drums in the late 1970s and early 1980s, and has worked with the Yamaha Research and Development team in an effort to improve and maintain the quality of the company’s drums. This partnership led to the introduction of the Steve Gadd Signature 30th Anniversary Drum Kit in 2006, and the updating of Yamaha Recording Custom drums and Recording Custom metal snare drums in 2016. 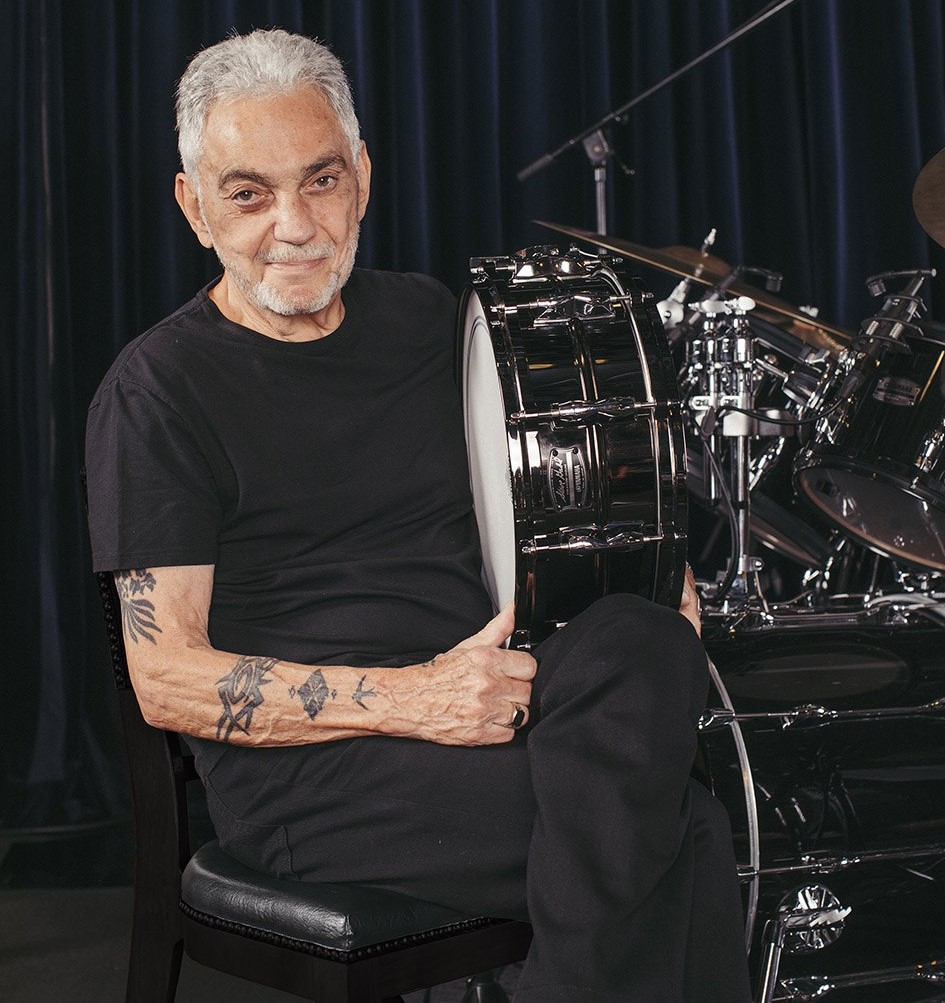 To honor this long-standing relationship, Yamaha and Gadd have once again collaborated to create the Steve Gadd Signature Snare Drum. Featuring a 14″ x 5.5″ steel shell and die-cast hoops (both finished in black nickel) along with chrome one-piece lugs, this great-sounding snare drum is also outfitted with 10-strand snares for enhanced sensitivity and articulation.

“I’ve been prototyping with Yamaha the whole time that I’ve been with them,” Gadd says. “When we worked on the Recording Custom drums, we A/B’d different samples, and we did the same thing with the Signature Snare to develop the sound of the drum.”

“My idea of a signature snare drum isn’t entirely a personal thing. What I try to do with any drum is to get it to sound good. We worked on the Signature Snare as a group and started by agreeing on certain specs for the drum. For example, I like using a Remo Powerstroke® 3 for the top snare head and a Diplomat® on the bottom, so those were consistent throughout the process. We worked out which snare mechanism we’d use, and when we had all of those parts in place, we tried different shells with die-cast hoops as well as with other kinds of hoops.”

Gadd and the Yamaha R&D team honed in on constructing the drum using a 14″ diameter 1.2 mm beaded steel shell with a 3.5 mm snare bed. To produce an open, articulate sound, the center bead is formed on the outside of the shell instead of the inside. “I always consider different sizes,” says Gadd, “but for this drum our target was the standard 14″ diameter. We didn’t experiment with 15″ or 13″ diameters, and the same goes for the depth — I wanted a snare drum that sounded good at a standard 5.5″ depth.”

The snare wires employed on the Signature Snare are something of a Gadd trademark. “Years ago,” he explains, “I was playing on an old snare drum and some of the snare wires had broken off. When I replaced the old snares with a new set that had all the wires intact, I didn’t think it sounded as good. Those broken snares — which had a little space in between each two wires — worked great. I liked the way they sounded as well as the way they felt, so we decided to make snares with some of the wires removed, and it worked.” Finding the right snares was one of the reasons why, during the development process, all the prototypes used the same components for uniformity. “When we tried different kinds of snares on one drum versus another,” Gadd says, “we could hear how those snares were affecting the sound of each individual drum.”

The same goes for the die-cast aluminum hoops used on the Signature Snare. “We experimented and A/B’d different types of hoops, and the aluminum die-cast hoops sounded the best,” Gadd recalls. “[Yet] this snare drum wasn’t just about trying to accommodate what I wanted. We were trying to accommodate each other and create a drum that spoke, had a good tuning range and was comfortable to play.”

“I like playing a drum with a wide tuning range,” he adds. “It allows you to cover different kinds of music on one instrument, and this drum has that ability. A lot of snare drums sound good at a certain tightness with a certain tension on the snares, but as soon as you get out of that tuning area, the life of the snare drum goes away. The Signature Snare drum opens up at different head tensions and at different snare tensions. You can tighten it up and get it to sound crisp or you can loosen it up and make it sound funky or tubby.”

The Steve Gadd Signature Snare drum is limited to 200 units in the United States, each one individually numbered. The shell is fitted with a Steve Gadd signature badge, and it ships with a limited-edition black nickel drum key and a card certifying authenticity.

Want to learn more? Check out this video.