The stars seem to align sometimes. Things just seem to happen in this cosmic way: You’re in a certain place, you meet someone, and then something happens as a result, which leads to other things happening. But it’s not just about recognizing opportunity and taking advantage of it when it comes your way; it’s about making opportunities for yourself. You need to put yourself in the right situation and right headspace. That’s what gives you a chance at succeeding.

Those aren’t my words. (I wish they were!) They came from the lips of famed British producer Stephen Lipson (Jeff Beck, Paul McCartney, Annie Lennox, Pharrell Williams), who I had the pleasure of interviewing some years ago. 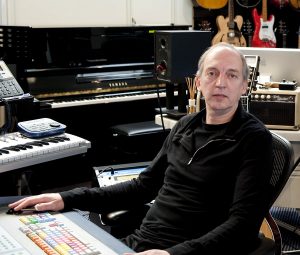 It brings to mind the old adage, “The harder I worked, the luckier I seemed to get.” In Stephen’s case, he spent years cutting his teeth as a session guitarist but found himself growing frustrated at the lackluster sounds the engineers of the era were getting, sparking in him a desire to master the craft of audio recording. He eventually crossed paths with a businessman who owned a jingle company and wanted to build a recording studio. Despite his lack of technical knowledge, Lipson wasted no time volunteering himself for the job, learning on the fly what was required and trusting his instincts and his ears.

Would you call that luck? Perhaps partially. But I would maintain that Stephen’s vision and dogged work ethic — not to mention his willingness to put his butt on the line if he failed — had far more to do with his ultimate success than dumb luck.

Looking back on my own career, I realize that it was an opportunity I created that unwittingly led to my position here as editor of the Yamaha blog. Ever since I was a teenager, I was fascinated with synthesizers, and the way that they could make sounds out of electronic circuits rather than being struck, plucked, blown into or otherwise physically assaulted. By the time I was in my twenties, I owned one of the early portable analog synths and spent hundreds of hours tweaking its dials, turning its knobs and painstakingly writing out “patch charts” of the sounds I was fashioning. 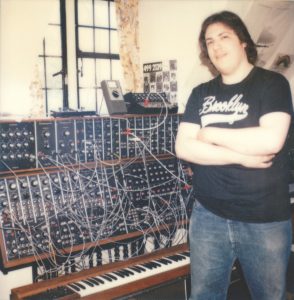 Proudly posing with my prize possession, circa 1981.

That experience led to my landing a part-time job at a music store when I moved to London in the mid-1970s. This particular shop specialized in keyboards, and I spent most of my days there learning how to program the synthesizers they had in stock — an important part of the job, since obviously the sales staff had to know the products they were selling. At one point, the store bought a used modular synth from one of its customers — an enormous contraption that took up half a wall and required the interconnection of dozens of cables to get even the simplest bleep or bloop out of the damn thing! When it failed to sell after a couple of months, the store manager, needing the space, offered it to me at a discount price, and I snapped it up … even though the small “flat” (Brit-speak for “apartment”) I was living in at the time barely had room for the few sticks of furniture I owned.

A few years later, when I returned to the States, I found myself teaching a synth programming class at a studio in New York. One day in 1983, a client walked in the door with an odd-looking synthesizer he’d recently bought in Japan, asking a question I’d soon hear a lot:

“How the heck do I program this thing?”

The synth was a Yamaha DX7, and I had no answer for him.

But I was determined to find one. The first step was to get my hands on a DX7, but the problem was that it wasn’t yet available in the U.S. So I turned to a friend of a friend of a friend who would soon be traveling to Japan, and he offered to buy one for me and arrange to have it shipped back. It cost a small fortune, but I was nothing if not stubborn: having (figuratively) wrestled a huge modular analog synth to the ground — at least to the point where I understood how it worked — there was no way I was going to let this new-fangled digital synth with the strange green and orange membrane switches defeat me. 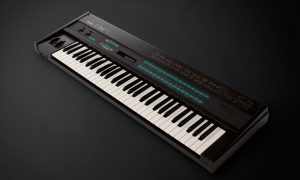 A few weeks later, the instrument arrived … complete with an owner’s manual written in Japanese. It might as well have been ancient Greek for all the good it did me, so I simply started pushing buttons and moving sliders, painstakingly trying to figure out what each combination of button-pushes and slider moves accomplished.

It was grueling, sometimes extremely frustrating work, but slowly I began to make sense of it all. When I felt I had a good understanding of at least the basics of FM (Frequency Modulation) programming, I called the musician who had first made me aware of the instrument and gave him a couple of lessons. By then, the DX7 had made its way to our shores and was well on its way to becoming the best-selling synthesizer of all time, so I found myself with no lack of interested clients. Giving them all private lessons would be too time-consuming, so I decided to start teaching classes in FM programming, which led to my writing a book based on the course curriculum, which led to a decade-long relationship with Yamaha as a consultant, sound developer and technical writer. Eventually, I morphed into a fulltime music journalist … which led to my becoming an editor. Ultimately it was this unusual confluence of skills that led to me landing the very fun job of helping bring this blog to you.

Did I know any of this at the time? Of course not. But it was the drive in me — along with an insatiable curiosity, an unwavering belief in myself and a willingness to work hard — that led to all the exciting things that followed. So if you’re waiting for that big break to come your way, I suggest that you instead consider taking matters into your own hands. After all is said and done, creating your own opportunity is the surest way to get those stars to align.

Photographs courtesy of Stephen Lipson and the author.