September: The last rays of summer, the first blush of fall … and, for many of us (or our kids), back to school.

This time of year I often find myself reflecting on my own school days. I wish I could say that I had many influential music teachers who shaped the course of my life, but the truth of the matter is that the state of public education in Brooklyn, where I was raised, was woefully inadequate in that area, at least in the years that I was a cog in the system. I did have one pretty cool professor at the university I attended — a gentleman and scholar by the name of Peter Winkler, who actually viewed popular music as worthy of study, in stark contrast to most of his rather snobbish peers, for whom classical was the only music to be taken seriously.

Fortunately, I think most people had a better scholastic experience. I know that Brian Wilson, the famed leader of the Beach Boys, did. In his 2016 book I Am Brian Wilson, he talks about a high school music teacher by the name of Fred Morgan, who actually failed the burgeoning young composer because Brian didn’t know how to write classical music. Despite that, writes Wilson, “He got me thinking about some of the different ways music can work. … He taught us that music was a contrast, pale parts versus emotional parts, and that not all the instruments in a song had to go in the same direction.”

What Brian’s teacher was talking about, of course, was arrangement — the art of bringing variety to a melody, and an integral part of what makes a piece of music special.

The classical world has offered brilliant arrangements and orchestrations for centuries. From Beethoven’s Ninth Symphony to Ravel’s Bolero to Stravinsky’s Firebird Suite to Gershwin’s Rhapsody in Blue, composers have found imaginative ways to utilize and blend the tonalities of traditional instruments — and sometimes non-traditional ones too (think Tchaikovsky’s 1812 Overture, with its climactic volley of cannon fire). The same can be said of the jazz and big band arrangements of Duke Ellington, Billy Strayhorn, Glenn Miller, Count Basie, Nelson Riddle, Quincy Jones and others.

But it can be argued that until Sir George Martin brought his classical training to the melodies of The Beatles, arrangement usually played only a very minor role in pop music. Songs written in that genre tend to be played by very small ensembles consisting of guitar, keyboard, bass and drums, sometimes augmented by a saxophone and/or small horn section. (The exception, of course, being Phil Spector productions!) Sure, most pop and rock records start off soft and end loud, with dynamic and tonal contrasts between verses and choruses, as well as layers of instruments and vocal harmonies being added as the song goes on — but that’s about it in terms of arrangement. Martin brought a deft touch and enhanced instrumentation (much of it symphonic) to many of the Beatles recordings — particularly later ones, like “Hey Jude” and “Something” — that gave pop music a new degree of sophistication and made it more interesting to the ear. Since then, modern-day producers such as Max Martin, Mark Ronson and Paul Epworth have taken up the mantle, bringing sonic diversity to contemporary hits. 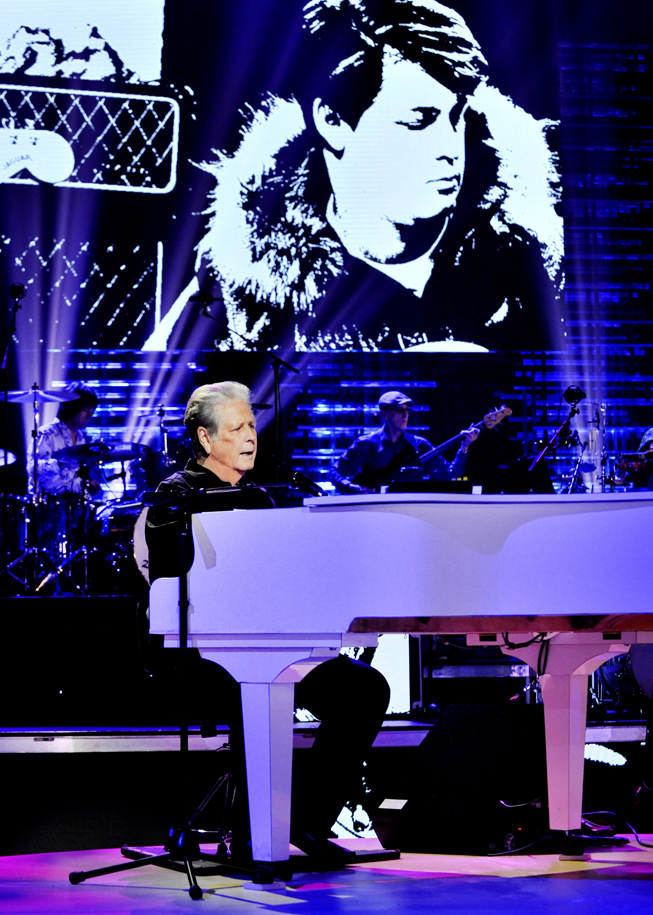 Brian Wilson … then and now.

Brian Wilson — who, despite failing music in high school, went on to become one of the most significant composers of the 20th century — became a master arranger too. Nowhere is this more evident than on the 1966 Beach Boys Pet Sounds album, which features Brian’s spectacular arrangement of the traditional folk song “Sloop John B” (incredibly, created in just one night, yet so much more intricate than the rather pedestrian Kingston Trio version he based it on). It’s also a record that boasts a ton of “ear candy” courtesy of esoteric percussion instruments such as sleigh bells, timpani, güiro, vibraphone and bongos … supplemented at times by empty Coke cans, plastic orange-drink bottles and water jugs.

Even before Pet Sounds, Wilson had taken the art of arrangement to a whole new level by using the human voice as a primary instrument. As his brother (and fellow Beach Boy) Carl once explained, “Our vocals were voiced like horn parts, the way R&B records make background vocals sound like a sax section. It sounded big, because the four parts were all within the same octave; that was really the secret. [Brian] used a lot of counterpoint, a lot of layered sound; it had a real depth to it. We didn’t just duplicate parts; we didn’t just sing octaves; that would sound really lame.”

There are many examples of genius in Brian Wilson’s vocal arranging skills. Check out the stunning a cappella breakdown in “Sloop,” or in the lesser-known “Heroes and Villains,” or the round that concludes “God Only Knows.” You’ll hear a depth of complexity cloaked in an illusion of simplicity — much the same way virtuoso instrumentalists make everything they play look easy.

So next time you listen to a piece of music, try to focus on all the embellishments and underpinnings swirling around the central melody instead of just the melody itself. You may be surprised at just how much is going on beneath the surface!