Ever wonder why there are two sets of terminals on some wired speakers? For starters, it gives companies like us something to blog about. But beyond that, there’s an even bigger benefit for you and your home theater.

One set of terminals is required, of course. After all, that’s the way you send sound to a speaker. But having an additional set of terminals isn’t just icing on the cake — it can quite literally be music to your ears. That’s because a second set of terminals means you can separate the high and low frequency signals coming from your AV receiver and route them selectively to the woofers and tweeters in your speakers — a process called bi-amping. And using the bi-amp capability of your system results in noticeably better sound.

Put Those Hidden Extras to Work

Here’s why: An audio signal contains the entire spectrum of audible frequencies. High frequencies, low frequencies and mid frequencies are all required to recreate the full tonality of music. But when both high and low frequencies travel down the same wire at the same time, they can interfere with each other in unexpected ways.

Many multichannel AV receivers have seven or more built-in amplifiers — one for each (potentially) connected speaker. However, because of limited space and other considerations, most home theaters (and most music listening environments) can only comfortably accommodate a standard 5.1 layout — that is, five speakers and one subwoofer. This means there are excess amplifier channels in your receiver that are not being used. And that’s the perfect excuse to bi-amp your main speakers, using two amplifiers and two sets of wires to drive each.

The Physics Behind It

Low frequencies such as the sound of a bass drum need large amounts of current to move the woofer in the speaker and push air across the room (thus producing sound waves we can hear). The signals that are sent to the tweeters in speakers (such as, for example, the “ting” of a triangle) require much less electrical current to make the small dome of the tweeter move. Nonetheless, both cause magnetic fields to be generated in the wire.

The problem is this: If that thud of a bass drum and the ting of a triangle are sent down the same wire at the same time, there is potential for audio degradation of the sound of the triangle. That’s because high frequency signals (with their relatively low currents of electricity) are susceptible to being unduly influenced by the higher-current low frequency signals (and their associated magnetic fields) simultaneously being sent through the same wire.

The solution is to separate the two signals via bi-amping — something that greatly reduces interactions between the two signals. The internal crossover network in the speaker restricts low frequencies from traveling through the high-frequency wire, thus smoothing out the signal path for the tweeter. It’s like driving on a newly paved road versus a dirt road. You’ll get there either way, but traveling on the paved road will get you there in better shape.

By the way, you may think that bi-amping seems like a good way to make your speakers louder. After all, two 100-watt amplifiers powering a speaker should make it sound twice as loud, right? Wrong. Thanks to the laws of physics (which state that there’s an exponential relationship between power and loudness), in order to hear something “sound” twice as loud, a speaker needs to receive ten times the power. Simply the doubling the power only produces a small increase in level, so bi-amping really doesn’t make the sound any louder … but it definitely makes it better, with cleaner, solid bass and more detailed highs.

How to Do It

Many speakers and receivers have the built-in ability to be bi-amped. To determine if your speakers have this capability, simply look at the back of the speakers. If there are two sets of terminals, you’re good to go: 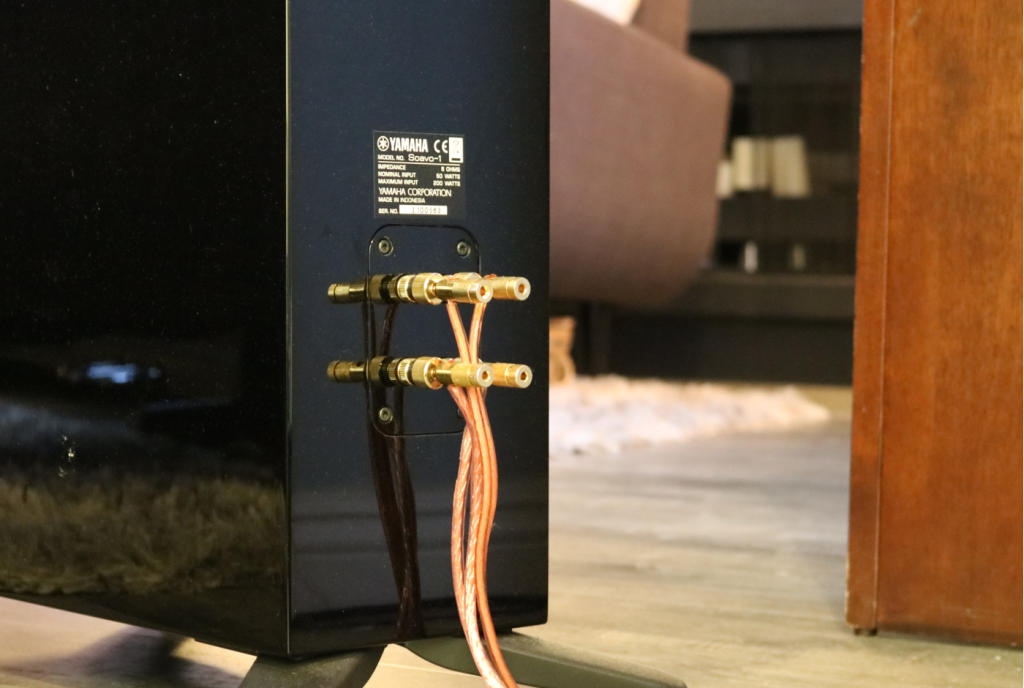 Any speaker with two sets of terminals can be bi-amped.

To see if your receiver can be configured to bi-amp, simply check the owners manual. All Yamaha AVENTAGE receivers and many RX-V receivers offer this capability, along with clearly marked “bi-amp” speaker terminals on the rear panel.

If everything checks out, follow this step-by-step process to bi-amp your speakers. For more connection details, be sure to reference your owner’s manual:

1. Remove the jumper cables or bridging bars from the rear of the speakers. This disconnects the high and low frequency portions of the crossover network.

2. Through its internal menu system, configure your receiver to its bi-amp setting.

3. Locate the terminals on the back of the receiver intended for bi-amping: 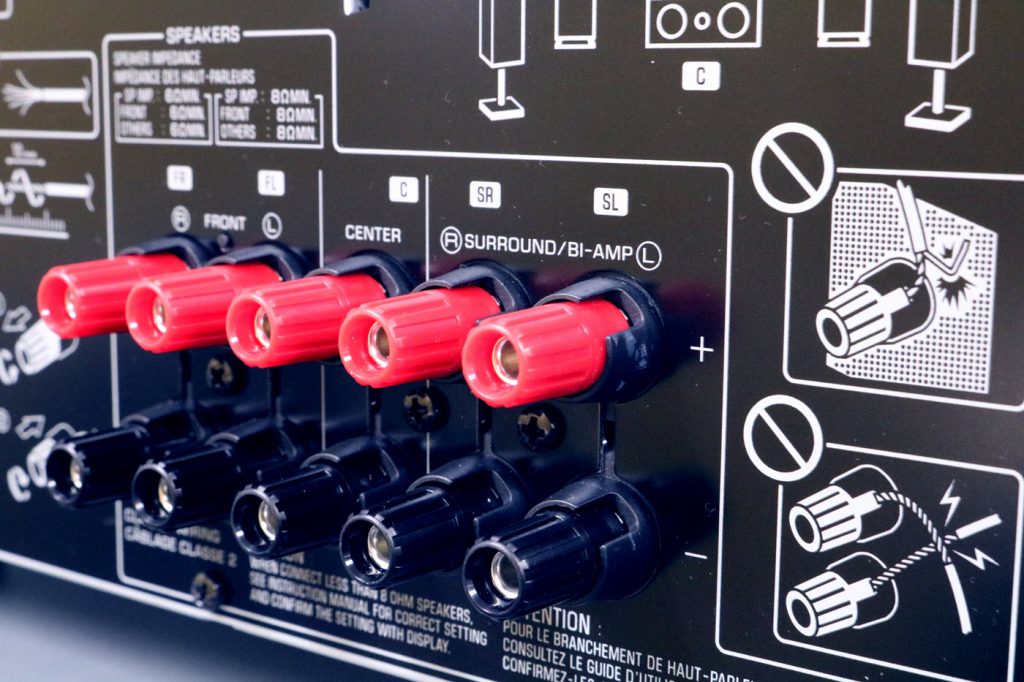 The speaker terminals on the right can be used for bi-amping.

5. Connect the receiver’s Main (front) Left speaker output to the second set of connections on the left speaker.

6. Repeat the process for the right side. 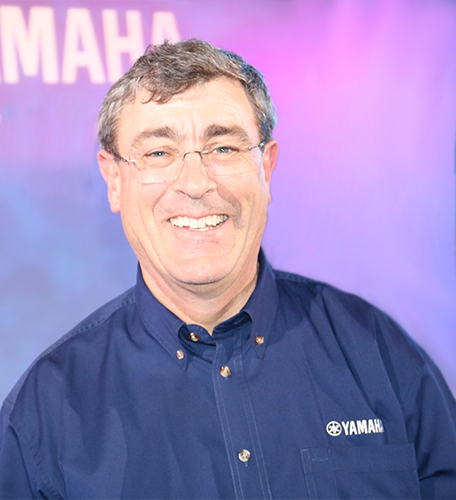 The Perfect Pairing: Yamaha MusicCast and Home Automation
Are Expensive Speaker Cables Worth It?