Question: What could make a home with a MusicCast wireless multi-room audio system even better?

Answer: The ability to control those MusicCast devices simply by speaking.

Now that the entire family of Yamaha MusicCast products works with all Google Home products, you can control the audio throughout your home with “Actions on Google” voice commands that tell Google Assistant what you want it to do. Let’s take a look at how it works. 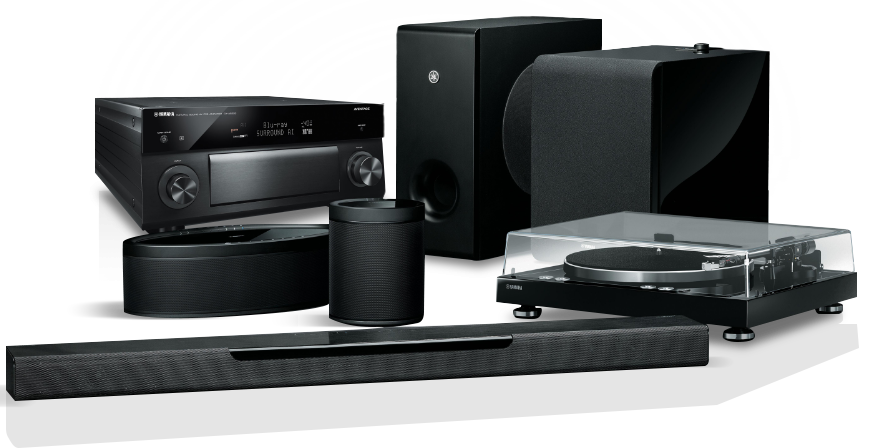 MusicCast works with the entire Google family of voice products.

The first step is to get Google Assistant’s attention by saying “Hey, Google” or “OK, Google.” Once Google Assistant is listening (its LED lights pulse or spin), you can begin telling it what you want it to do by saying Actions. These give you the ability to control functions on your MusicCast devices, such as turning the volume up and down on a MusicCast BAR 400.

To use voice control with Google, try any of the commands in this table:

Here are some examples:

– To turn on a MusicCast device located in the kitchen, say, “Hey, Google, turn on the Kitchen”

– To start a MusicCast device in the kitchen playing, say, “Hey, Google, play in the Kitchen”

– To mute a MusicCast device in the kitchen, say, “Hey, Google, mute the Kitchen”

It’s as easy as that!

As you can see from the table below, all your favorite MusicCast functions are available through Google Assistant as well. As an example, just say, “OK, Google, ask MusicCast to link the Living Room with the Kitchen” and you’ll hear the same audio playing in the living room as is in your kitchen.

To use Actions on Google with your MusicCast products, here’s what you’ll need:

For more information on how to set up the apps, view or print our Setup Manual.

Here are some helpful hints for using Actions on Google with your MusicCast devices:

– Keep some space between your Google Home/Nest device and your MusicCast device so Google Assistant can hear you.

– Start off using the default room names that come with the MusicCast Controller app. You may have to rename some rooms to make sure that none of your MusicCast devices have the same name. Later, as you get more used to Google Assistant, you can switch to different room names.

– Set up MusicCast favorites and playlists so Google Assistant can play them easily.

Introduce Google Assistant to your MusicCast products, and you won’t have to lift a finger ever again to enjoy wireless audio in every room of your home!

For more information, check out our Voice Control with MusicCast page and Actions on Google FAQs.

New Year, New Decade, New Music
From the Muse: The Morning After Test