When I was a kid, my favorite room was the Reading Room in the Ingersoll Public Library — a massive Art Deco building in the heart of Brooklyn, where I grew up. 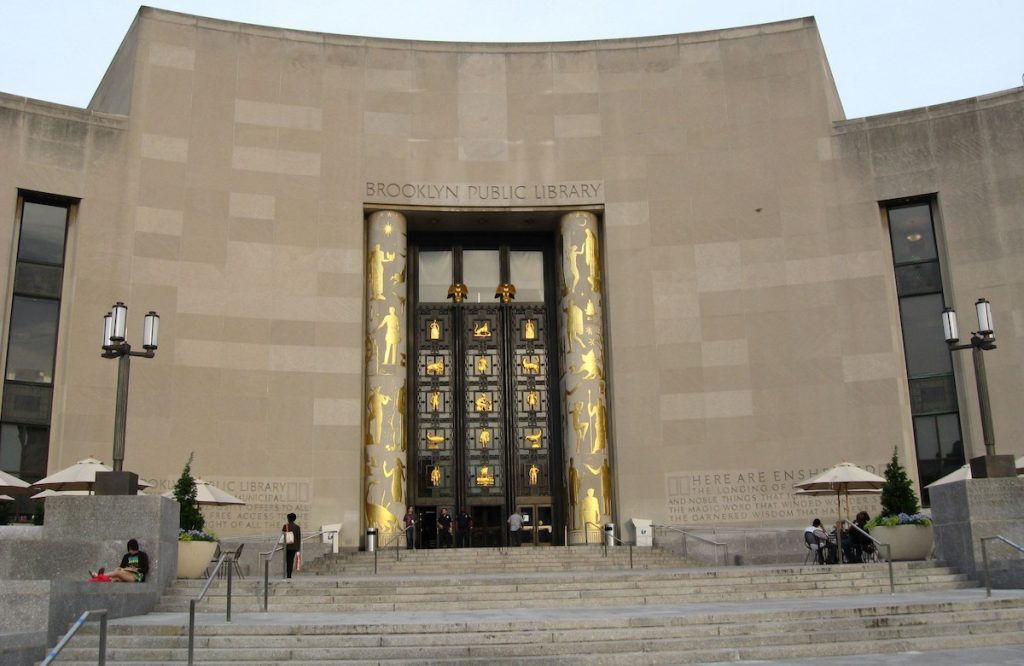 Perched up on the second floor, the Reading Room was a large, opulent space with dark wood wainscoting, plush carpeting and sunlight streaming through floor-to-ceiling windows that overlooked Prospect Park (the Brooklyn equivalent to Manhattan’s Central Park). My parents — both of whom were avid readers, a trait they passed on to me — would take me there every few weeks. It was a family outing I always looked forward to.

I remember racing through the bookshelves, picking out a dozen or more tomes of interest as quickly as possible before heading to the escalator upstairs. I’d plunk myself down in one of the Reading Room’s easy chairs and begin thumbing through the books in my lap, eager to pick out the top seven (the maximum you were allowed to check out). Once that decision was made, I’d settle back and enjoy the solemn stillness, feeling like a real grown-up. In my imagination, I was Bruce Wayne studying criminology in his private library at Gotham Manor, or Sherlock Holmes contemplating a set of baffling clues while puffing on his pipe at No. 221B Baker Street.

When I got to college, my favorite room was one of the practice rooms in the basement of the campus Fine Arts building. Behind its heavy soundproofed doors lay an old grand piano in pretty decent shape, and I’d pound away on it for hours on end, composing songs that I was convinced would be my ticket to fame and fortune. None of them did, but I wouldn’t trade a moment of the joy that uninhibited playing brought me — the perfect antidote to the pressures of academia and trying to find my way in the world.

In my senior year, I formed a rock’n’roll band, playing drums at first before switching over to bass. After graduation, a group of my bandmates and I rented a house near the university, and the center of activity was our rehearsal room. With all our gear in there (plus an out-of-tune spinet I’d bought for fifty bucks from a neighbor), it was cramped, and pretty musty too, but I still recall spending many happy hours in that room, both with friends and on my own.

A few years later, I relocated to England. I still played bass with various bands and on recording sessions (as well as, sometimes, guitar or keyboards), but encouraged by some of the music publishers I’d wangled meetings with, I felt that my future lay in songwriting. So, even though my first domicile in Blighty was a tiny studio apartment in central London (something the Brits endearingly called a “bedsit,” since it had barely enough room to accommodate a bed and a single chair), I promptly rented an upright piano and placed it up against one wall, thereby depriving myself of a fair chunk of the already limited available space. No matter. As I saw things, it was a necessary part of my life.

I would move twice while living in England, and each time that piano would go with me. And indeed a few of the songs I composed on it would bring me a modicum of success (and much-needed income). It was hard to say goodbye to that old friend when I moved back to the States. I miss that piano to this very day.

Everywhere I’ve lived, I’ve had a music room, though over the years it would evolve into a well-equipped home recording studio. Today that studio does double-duty as my home office, where I find myself spending more time behind a computer keyboard than a musical one. But my old guitars and basses are still with me, even if my drum set isn’t (it was long ago replaced by electronic drum pads), and I take great comfort from knowing that they are here, still serving as my faithful companions.

Frankly, I can’t imagine life without a favorite room — a room where, as Brian Wilson once wrote, I can go and tell my secrets to. I hope you too have such a place in your life, especially these days, when positivity and inspiration have become such precious commodities.