Are great musicians born and not made? Or can anyone become a master of their instrument?

I began reflecting on those questions a few weeks ago, when I got a new puppy. Beyond the joy (not to mention the exhaustion) she has brought to my life, this little bundle of energy has also taught me an important lesson: the value of both instinct and training.

Even at her currently very young age of three and half months, Sophie already knows all the basics for survival — the need for food and water and the desire to clean herself, move around and chase prey (currently consisting of a rubber bone, a tennis ball and the assistant to the assistant editor, pictured below) — and she didn’t have to be taught any of these things. I know also from experience that there are other instinctual aspects that will blossom (or be revealed) as she matures: Will she be independent or clingy? Outgoing or shy? Obedient or forever prone to mischief? An airborne devotee of the Frisbee® like my last German Shepherd or happier keeping all four paws on the ground? 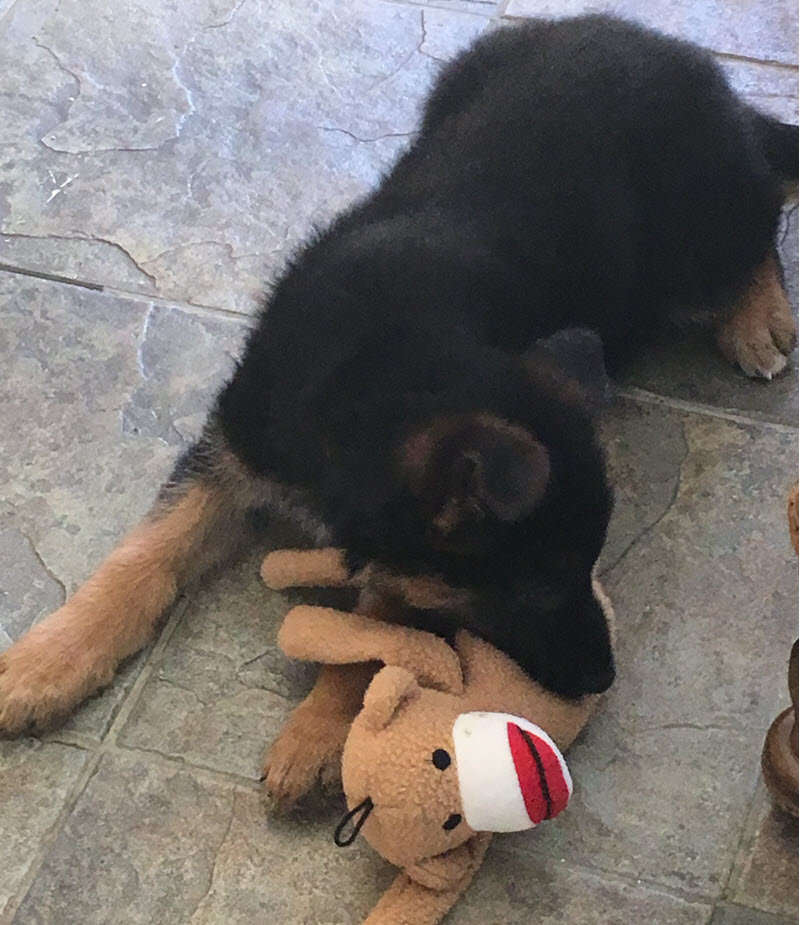 Human babies are born with similar basic instincts (okay, maybe not cleaning themselves … and perhaps only a handful enjoy chasing prey), along with others that develop as they get slightly older. One of the latter is an instinctual attraction to music. Some infants are fascinated by Brahms or Drake; others could care less. Some — no, let’s face it, most — children prefer sports or video games to practicing piano or trombone … and there’s absolutely nothing wrong with that. Those same kids may in fact turn out to be good pianists or trombonists who get a lot of enjoyment from music for the rest of their lives. But will they turn into professional musicians? Without the impetus necessary to keep them on that long, arduous path, I would say it’s pretty unlikely.

Unlikely … but not impossible. Given the proper encouragement and the right instructors — and perhaps an influential mentor or two along the way — their potential could be limitless. But I would argue that having an inborn affinity for music improves the odds considerably.

With training, I’m hopeful that Sophie will turn out to be a model canine citizen — friendly with people and other dogs alike, and devoid of her current predilection for treating the world as her personal chew toy. But if she turns out to be genetically shy and withdrawn (which she’s not, at least not yet), it’s improbable that even the best dog trainer in the world can make her completely confident, though they can certainly do much to increase her assurance level. Similarly, the best music instructor may only be able to take a child so far if their student doesn’t have an inborn gift for appreciating and assimilating music … though certainly every budding musician should be given every opportunity to become the exception that proves the rule.

I was lucky enough to be blessed with good musical instincts from my earliest years, though with hindsight I can see that I didn’t have the commensurate talent to become a virtuoso, or anywhere close. Instead, my career took a number of left turns — from touring/session musician to songwriter to producer/engineer to music journalist to author to editor of this blog — all of which have proven to be immensely satisfying.

The question is: Would I have taken that road if I didn’t have those instincts?