The French horn has the widest tonal range of all brass instruments. Its extremely rich, soft timbre gives it a special quality somewhere between brass and woodwinds, enabling it to blend well with the sound of many other instruments. It is also one of the more expressive instruments, thanks to the player’s ability to alter the tone and fine-tune the pitch by putting a hand in the bell.

Want to learn more? Read on.

The original horn was simply an animal horn. It’s likely that people from ancient times turned the horns of their prey into musical instruments. This description both explains the origin of the instrument and the etymology of the word “horn.” 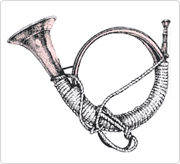 Until the middle of the sixteenth century, the horn was used by hunters as a means of communication during the hunt, and thus the body of the horn was wound in large coils so that it could be carried on the shoulder and sounded while riding a horse. In addition, the bell faced to the rear to keep it from getting in the rider’s way.

The horn is very similar to the trumpet in that sound is produced through the vibration of the lips. Maybe that’s why the horn has a history of development almost identical to that of the trumpet. Horns made up to the middle of the nineteenth century are called “natural” horns because of their basic structure, which consists of a large bell, a single coiled tube and a mouthpiece.

The pitch of these instruments could only be changed by changing the vibration of the lips, and even then it was only possible to produce a tone within the natural harmonic … meaning that it cannot play chromatic scales. This state of affairs led eighteenth century horn players to come up with the idea of sticking a hand in the bell to produce tones outside the instrument’s natural harmonic — a technique that came to be known as hand-stopping.

Despite this new technique, the range of tones possible with the horn was still very limited. In addition, the tones and pitches were unstable, and the timbre of hand-stopped notes had a muffled quality. The resolution to this problem came in the mid-nineteenth century with the development of what was known then as the “valve horn” — a horn whose effective length could be altered instantly by opening one or more valves like those on today’s modern instruments.

With the arrival of the valve horn, horn players could finally (and easily) play a stable chromatic scale. The end of the nineteenth century saw the invention of the double horn, which combined two tubes of different lengths, and in the twentieth century, the triple horn was invented. Today, there are other musical instruments that include the name “horn” (i.e., “Alto/Tenor horn,” “Baritone horn,” etc.) but the instrument that directly evolved from the original horn is commonly called the French horn.

This is the F single horn, sometimes simply called the F horn. Single horns like these are lightweight and less complicated than double horns, making them ideal for new horn students. 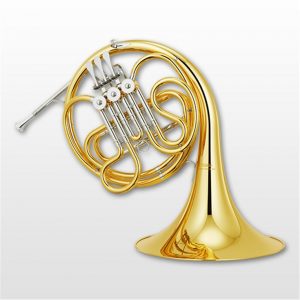 The pitch of the B♭ horn is a fourth higher than the F horn, and so this instrument has a brighter, clarion tone. However horn music is written in the key of F, and so transposition is necessary when playing the B♭ horn.

Here are two audio examples that allow you to contrast the timbre of an F single horn with that of a B♭ single horn: 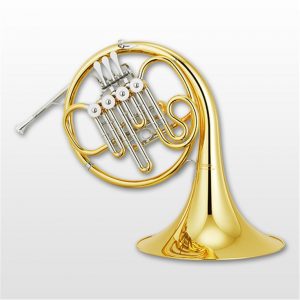 The F/B♭ full-double horn is the most common and widely used horn today. It includes both the F and B♭ “sides” of the French horn (and their respective timbres) within a single instrument. There are also F/B♭ semi-double horns that consist of a B♭ single horn with both a B♭ and a supplementary F crook, making it as light as a single horn. 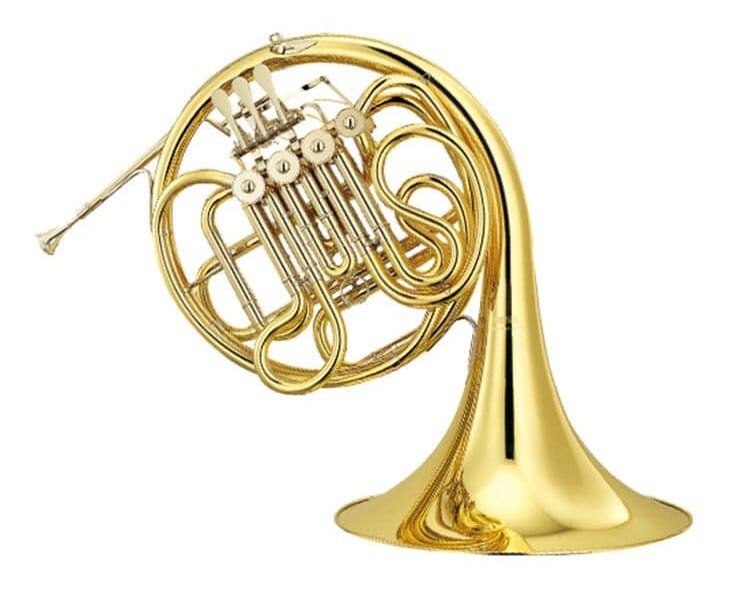 The B♭-High F descant double horn has the same basic structure as a full-double horn, but the F side of the horn is pitched one octave higher than that of a full-double horn. This allows the instrument to perform in a higher range. 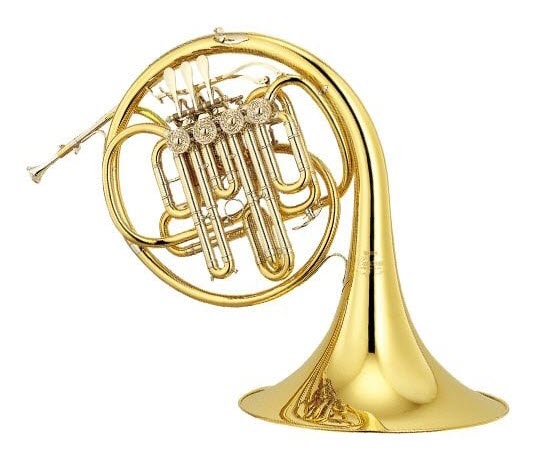 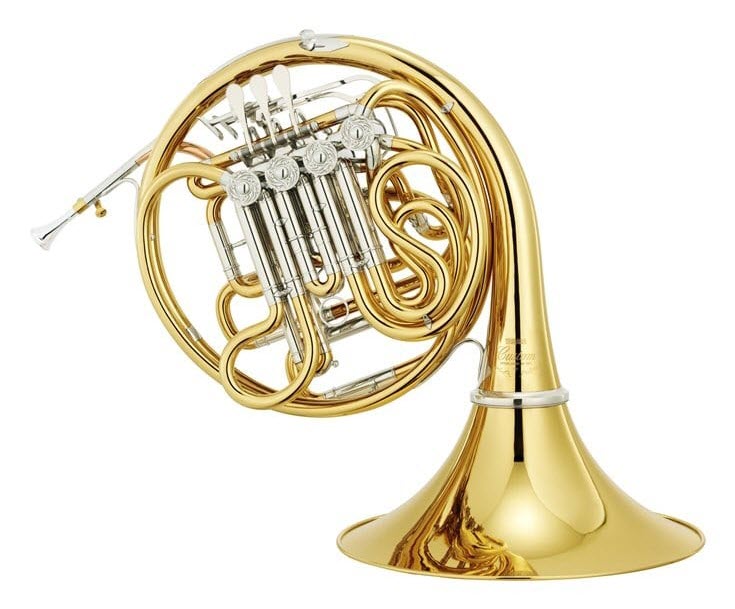 Here’s a chart showing the range of the different types of French horns:

Recording Basics: Setting Up a Template, Part 2
The Benefits of Recording Drum Practice and Performance