A Texas percussion director takes a bold and unique teaching approach — starting at the end and working backward — which has helped his students practice efficiently and set realistic timelines for themselves.

For several years, I have taken the curriculum planning and classroom management approach of backward planning and modified it to a pedagogical approach for percussion students in grades 6 through 12 within the Wakeland High School cluster in Frisco, Texas.

Backward planning can be utilized to organize instructional experiences and highlight expected goals to produce planned outcomes toward major events such as ensemble concerts, solo performances and many other shows. Using this approach, I have had the opportunity to teach students how to practice efficiently and set realistic timelines for themselves and within their ensembles. With modifications along the way and through numerous successes and failures, I believe that we have found our groove. 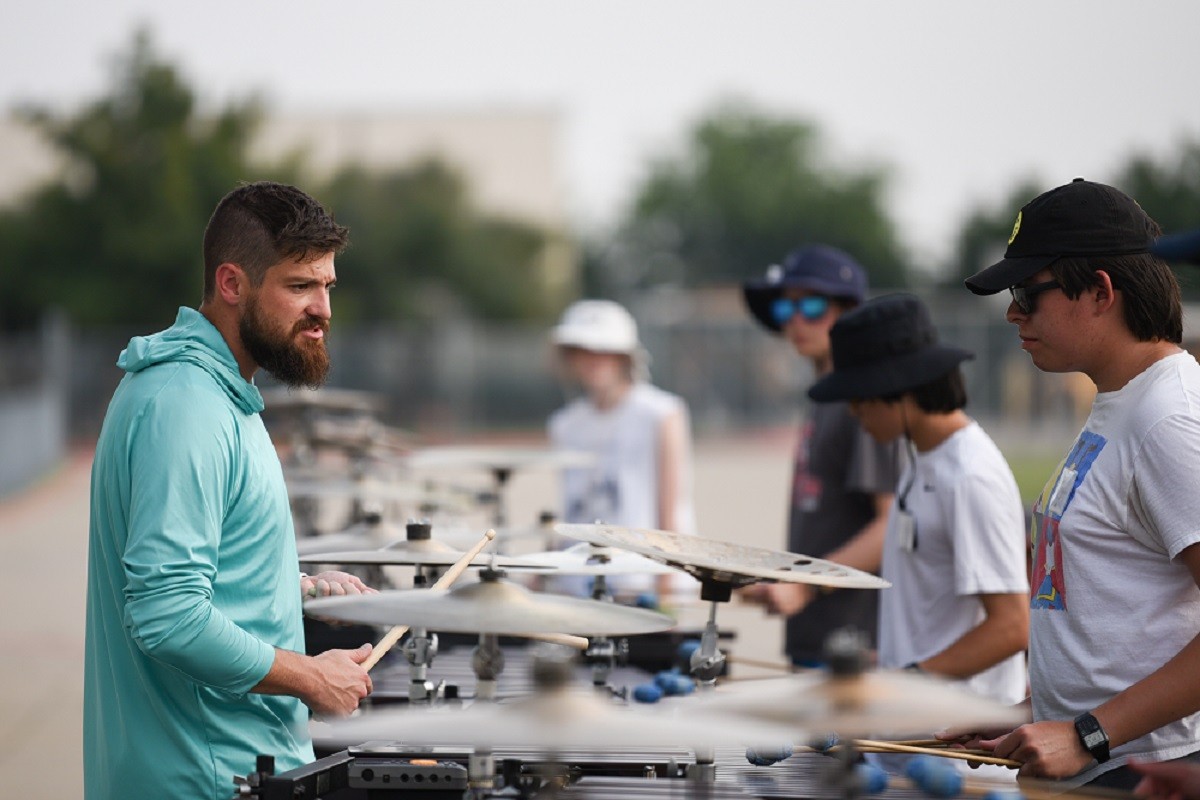 What is Backward Planning?

As educators, we are constantly setting goals, adjusting expectations and formulating inventive solutions to the unique challenges we set for our students. With backward planning, we start at the end of a process — for example, a performance — and retroactively apply benchmarks to certain dates leading up to that final performance. The most common benchmark would be to have the notes to a specific piece of music learned by a specific date, allowing for flex time before the performance to fine-tune dynamic approach and musical interpretation, which can become their own benchmarks.

When these benchmarks are accurately communicated, students will agree on what the outcome of the final performance will be — such as memorizing a piece or submitting the piece for festivals and competitions — and the teacher maintains this expectation. This process works well for many students but, unfortunately, not for the entire ensemble.

I found that even after setting benchmark expectations and having clearly communicated the performance date to the students, there was still a disconnect among some students, who were still scrambling in the final week to pull it all together. This caused the ensemble as a whole to miss reaching its full potential.

I tried to figure out what was causing this disconnect. After observing the behaviors of student groups from numerous grades and ability levels, I discovered that the majority of students did not know how to adequately practice. To address this, I decided to have students apply the process of backward planning to their practicing and take ownership in their learning. Essentially, the students mapped out their music goals first and then created individual practice plans, which helped encourage those students who had difficulty in starting a project by motivating them and allowing them to have a clear picture of what the end result would look like. Once students learned how to practice correctly through backward planning, many commented that they wish they had learned this skill earlier to be more successful.

Currently, I am the percussion director for the Wakeland High School cluster, and in this position, I have a direct impact on the way percussion curriculum is presented to a variety of ability levels, from middle school beginners through graduating seniors. I was afforded the unique opportunity to experiment on how to teach students backward planning as well as determine what students required from me and my staff to make this a successful approach to learning.

My staff and I decided to introduce the concept of backward planning to our beginner middle school percussion class where only one instrument is taught at a time. Because new techniques and rhythms are presented to the class several times throughout the year, we thought this group would be the easiest to work with to modify and fine-tune the process of backward planning. To establish a baseline, we decided to see what changes were having a positive or negative effect and to ultimately determine what was working and what wasn’t. 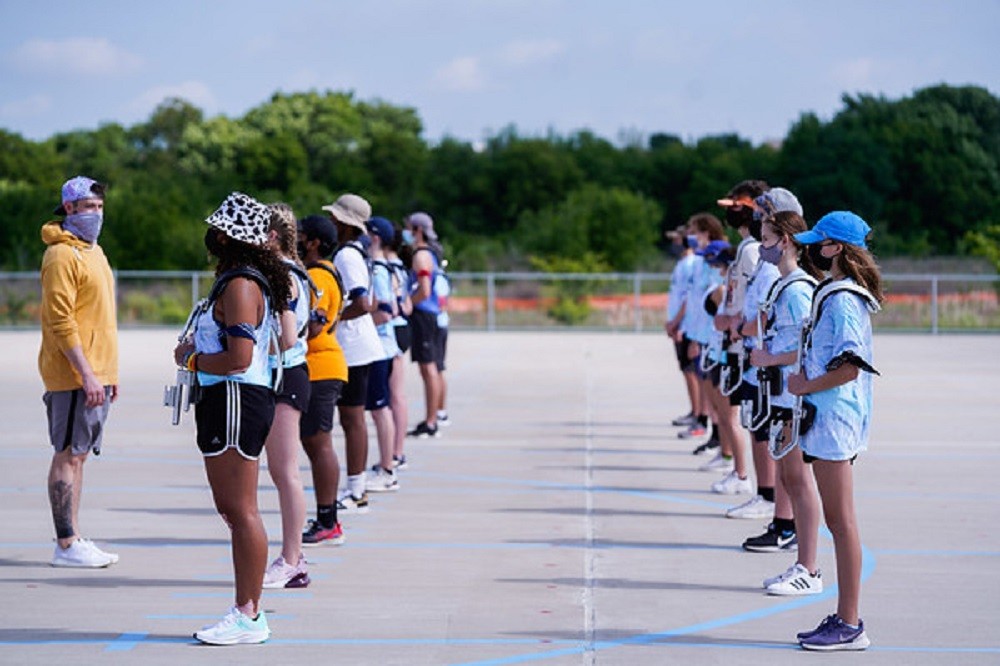 Our initial step was to have students learn a short etude that was well within their ability level for a pass-off due on a certain date. We told the students that they collectively had to decide benchmark dates prior to the due date and how much of the etude needed to be learned and performed by those benchmarks. This is where we left it as we wanted the ownership of their backward planning to be solely on them.

The first benchmark arrived, and the class played up to the predetermined measure. We found that some students had prepared to the noted measure, some had learned the entire etude, and some had not even started. Had this been an ensemble setting, this variation in preparation would have caused the pace of rehearsal to suffer and increased the likelihood that those who had done the work becoming frustrated with those who had not. It seemed that letting students set their own benchmarks and take ownership of their individual learning did not fix our issue of inadequate preparation.

We modified the process and added reminders for students to practice every day and provided information on what they should be practicing. Even with this change, many students still only practiced the night before, much like cramming for a science or math test, complete with a stressful performance the next day. There was still a disconnect in how students were preparing to perform.

After a few more attempts, we were still struggling to have adequate preparation for the entire class. That’s when we decided to have students define more than just a benchmark on what they were preparing. At this point, everything had been covered previously — in other words, there were no new concepts or techniques. Because of this, before they picked up their instruments, we had students go through the music and make note of what they already knew. By going through the music first, students were better prepared to not only set benchmarks, but to plan their practices. Essentially, the students went through the music much like a director would a score for an ensemble, which enabled them to think through the entire etude in order to properly backward plan.

After implementing this change, we saw a noticeable increase in productive practice and stronger benchmark performances overall! Students spent less time in a practice room and more time playing in the classroom, and they actually pushed the pace of the class forward. Eventually, my staff and I put together an example of the etude — through recordings or demonstrations — while students studied the etude. Afterward, we saw an even greater increase in overall participation and preparation and an improvement in performance.

We took what we learned with the beginning class and applied it to the high school level, seamlessly incorporating the process of teaching how to effectively practice by utilizing backward planning. The only difference between ensembles was the length and difficulty of what students were preparing. 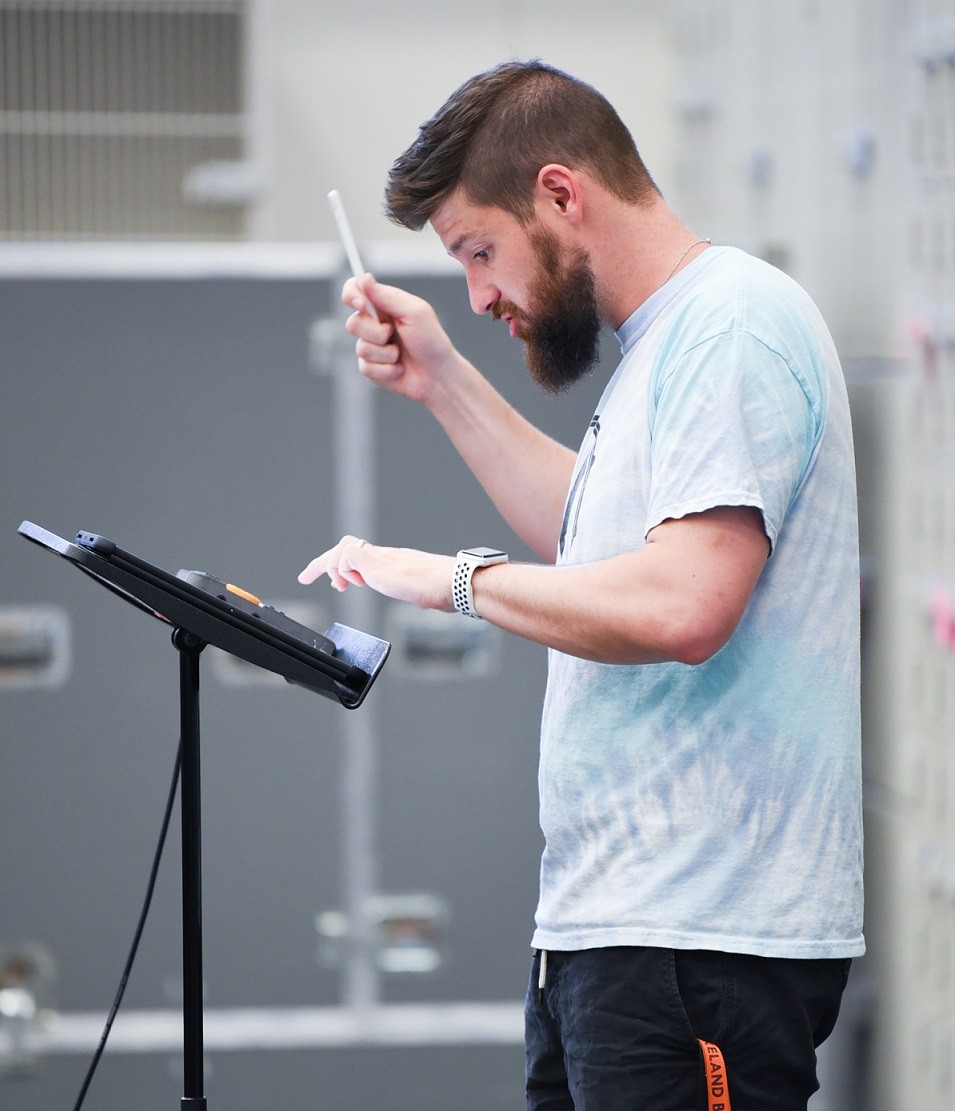 Students at the higher level had not necessarily been taught how to practice, but they were achieving at an adequate level solely because of the overall time they spent on their instrument. Students were mindlessly practicing by repping a piece over and over again until they, by pure repetition, memorized the music — oftentimes with errors and limited musicality.

With backward planning, students first focused on the end result by studying and listening to the music, and then visualizing what the final performance would be. We saw a similar result to the beginner class — the high school students were spending less time in a practice room but were achieving at a higher level. Many students also said that they had more satisfaction after their practice sessions because of how productive they were.

I will be excited when the beginners who started on the backward planning process in middle school advance to high school. What parts of the process stayed with students through the years? What, if anything, has changed?

Every year, we are faced with new challenges and opportunities to modify our backward planning approach. As teachers, we must constantly adapt and meet our students where they are to help build them up as performers and valuable members of our ensembles.