Don’t get bogged down in negativity. Instead, keep moving toward your goals — no matter what life throws at you.

“Put one foot in front of the other…” Do you remember that song from the 1970 stop-motion film “Santa Claus is Comin’ to Town”?

This year, the song seems less of a seasonal classic and more like a daily manifesto. Must. Keeping. Moving.

It’s not easy to stay positive when so much is being asked of us professionally and personally, collectively and individually. Here are five ways to boost your positive outlook, giving you a little “get up and go” while you put one foot in front of the other. 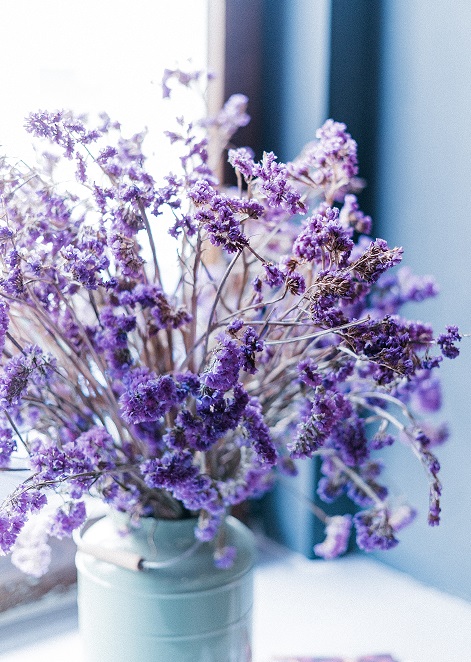 1. Power Up with Plants

Research has long shown that being outdoors boosts our mental and physical health. Scientists at the University of Rochester, for example, found that 20 minutes a day spent in nature increases feelings of vitality.

Getting outdoors and communing with nature may not be possible right now, but don’t forget the power of plants in an indoor environment. Potted plants in your office, home office or classroom can provide a sense of positive emotion. Try a pot of lavender in a south facing window, for example, for a little color and gentle fragrance. A peace lily offers visual serenity and does double duty, removing chemicals such as benzene, trichloroethylene and formaldehyde from the air.

Good news: pop songs are getting more up-tempo again. The BBC reports that the average tempo of 2020’s best-selling songs is 122 beats per minute — that’s the highest BPM since 2009.

Music journalist Charlie Harding tells the BBC, “this is an important psychological change in people’s listening habits. Music is more than just escapism. It can help us imagine a different way of life. … We need sounds that help us forge a path to the world we want to live in, not the one we’re inhabiting today.”

As music educators know, tempo can literally change mood — a concept that was supported by a Frontiers in Computational Neuroscience study. Why not try some of the new dance songs with your musical ensembles and watch as the tempo boosts your mood and that of your students? 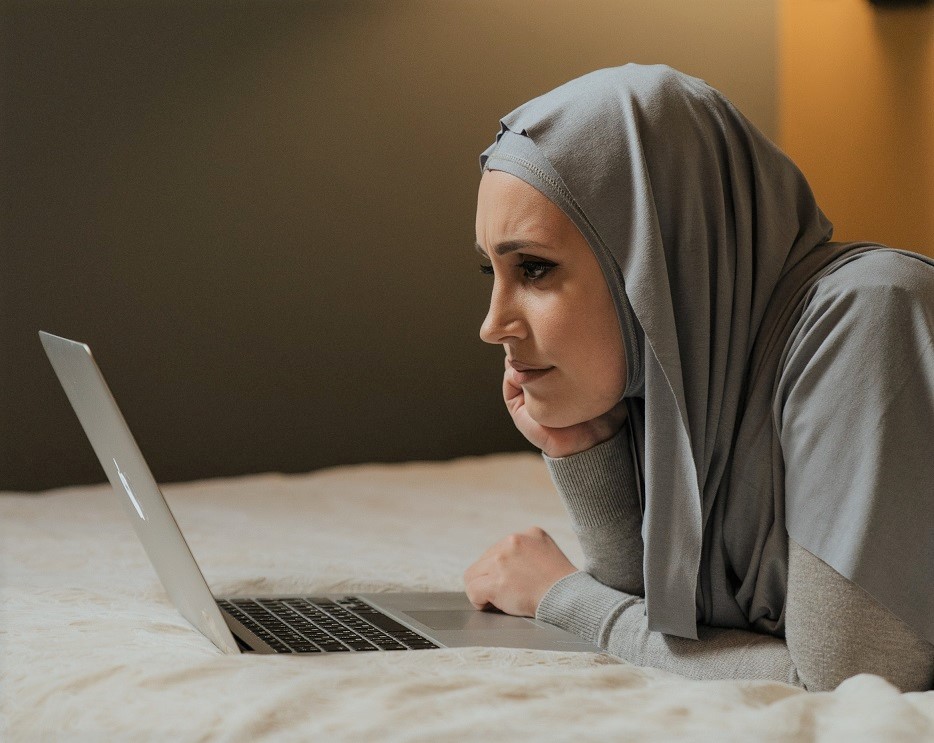 Overwhelm is a very real problem (read 6 Ways to Overcome Overwhelm). Music educators are teaching in new online formats while also fielding a barrage of texts, emails and calls. And if you’re on a computer, it can be tempting to pop over and see what’s on Facebook or a news site.

The solution? When possible, indulge in deep-focus sessions. Turn off the email notifications and close all the distracting tabs on your computer. There are focus tools that can help too, such as Freedom, which allows users to pick what they want to block (such as access to news sites), for how long and across which devices.

This is the restorative luxury of working on one thing, and one thing only. And imagine how accomplished you will feel when you cross an item off your to-do list. Ahhhh.

It’s much easier to stay positive when you feel like you are making progress.

4. Remember: Happiness Comes in Many Flavors

The positive psychology movement came to prominence in the 1990s. This field of science seeks to study what is going right with human’s psyches — what makes us happy and successful— as opposed to psychology’s previous emphasis on treating disorders or maladies.

To complement the positivity movement, there has been a lot of research on happiness. Happiness, it turns out, can be a transient emotion — “Woohoo! Just got a six-percent raise!” — as well as a long-term process of seeking meaning, working toward our full potential and pursuing our goals.

Knowing that happiness isn’t necessarily an on/off switch or based only on circumstance, can help redefine our approach to “feeling positive.” 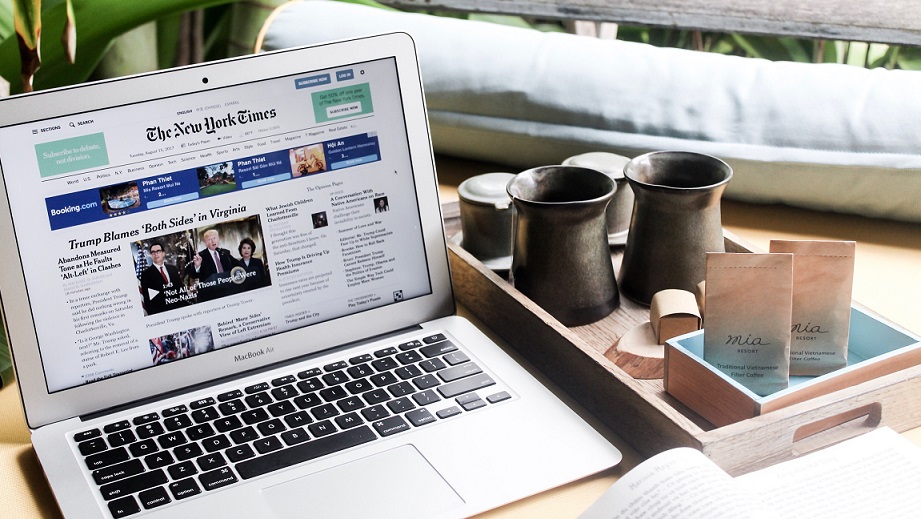 One and done. That is, check the news once a day. Too much news alters our perception, making it easy to see the negatives around us and miss the positive things that are happening.

Exacerbating the problem, there’s been a sea change over the past 15 years in how we consume news. What was once a leisurely read of a newspaper over morning coffee has become a constant barrage of video clips, TVs in public spaces and nonstop news input on our mobile devices. This can actually lead to increased cortisol — the stress hormone — in our bodies.

Reaching for your phone habitually? Try listening to music instead (especially up-tempo tunes — see “2. Dance Party” above) or watching a funny or sweet video clip — check out the gender reveal of the new baby panda at Smithsonian’s National Zoo. 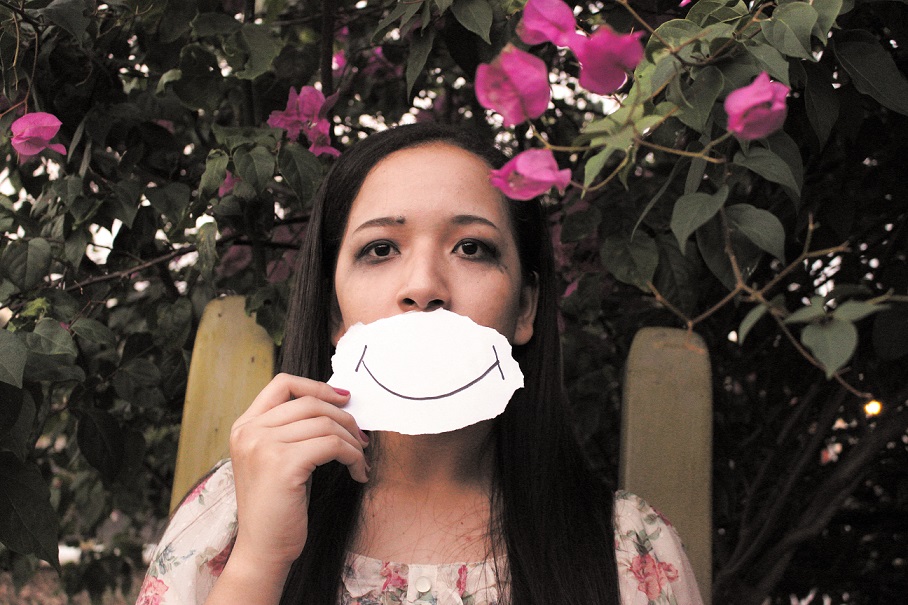 What to Avoid: Toxic Positivity

The phrase “good vibes only” is seemingly everywhere these days — in rainbow bubble font on T-shirts and embossed on coffee mugs. While the expression is popular, it’s a prime example of toxic positivity.

According to the Henry Ford Health System, toxic positivity is “the culture of portraying yourself as happy no matter what. You’re switched off to anything that might be viewed as negative and feel pressure to act like everything is okay no matter the situation.”

Music educators are always under a great deal of pressure to be resilient. Chins up! But it’s okay to not be okay sometimes, to acknowledge and value the full range of human emotions. We weren’t built to only feel happiness. Boredom, anxiety, indifference, sadness — these are part of our emotional palettes too, in the same kit alongside curiosity, amazement, serenity, joy and confidence.

Even “strong” emotions like anger are important parts of the human experience. Lama Rod Owens, a contemporary Buddhist teacher, focuses many of his teachings and writings on love and rage. Metabolizing emotions such as sorrow or anger is supposed to be uncomfortable, he teaches. “Freedom/liberation means I have the agency to experience,” he wrote recently. “Experience means I am less likely to push things away or bypass them.”

It’s wonderful — and useful — to be in a positive and productive mindset. But remember, all of our emotions serve a purpose.

Maybe we need coffee mugs that say, “Good Vibes as Much as Possible” or “The Power of Positivity is Realizing I’m Only Human.”