It’s one of the world’s most recognizable instruments … and it’s not for sale.

In September 2011, world-renowned artist Elton John debuted his “Million Dollar Piano” show at The Colosseum at Caesars Palace. The concert extravaganza took Las Vegas by storm, receiving widespread acclaim from critics and fans over the course of its seven-year run.

The centerpiece of the show was, of course, Elton’s one-of-a-kind piano, which was the result of a four-year collaborative partnership with Yamaha to design and build one of the world’s most advanced musical instruments. 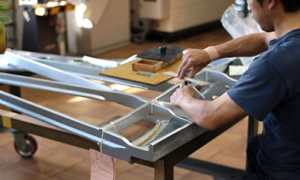 At its core, the Million Dollar Piano is a highly modified, hand-assembled Yamaha CFX, a top-of-the-line nine-foot concert grand, with harp and hardware made from nickel rather than brass, all hidden within an acrylic panel and supported by clear acrylic legs.

But it’s also much, much more. After all, Elton John had requested a piano that could materialize out of nowhere on stage during his performances and provide an unparalleled playing experience, so something truly magical had to be created.

Marrying artistic inspiration with technical expertise, Yamaha designers outfitted the instrument with state-of-the-art video and lighting features, including 68 LED video screens to display imagery that synchronizes with the imagery on stage, allowing the piano to blend chameleon-like into its surroundings before transforming its appearance to complement each of Elton’s iconic songs. They also added sophisticated MIDI controls that allowed Elton to trigger and manipulate light, sound and video all in real time. 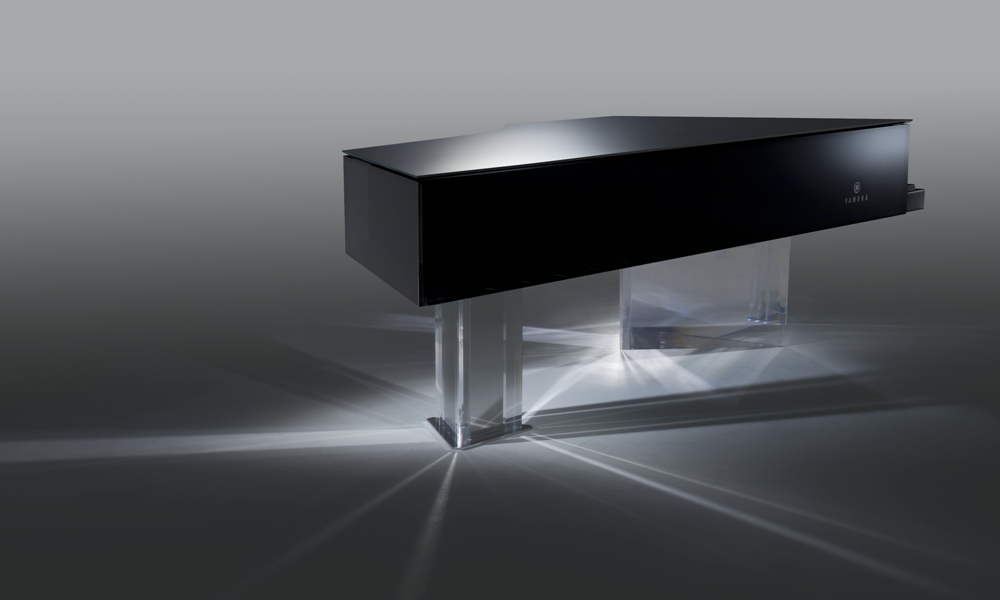 The process began with the construction of a full-size mockup of the instrument. Computer graphics were then used to assess the effect that lights would have on its appearance, which led to the polygonal shape of the finished product. “We … [wanted] to gauge how stage lighting from different directions would reflect off the piano and to predict the kind of outlines it would create,” report designers Akie Hinokio and Yukinori Mikage. “This effort shows in the way the clear acrylic scatters light with a prism-like effect from the triangular legs.” The design also takes into account the thermal expansion of the acrylic caused by heat from the LED monitors. 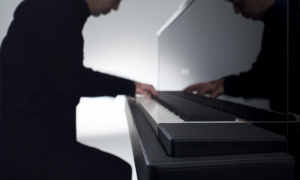 The team also came up with an ingenious solution to another request from Elton John. “[He asked] that this piano be a truly inimitable, almost like a high-end sports car,” Hinokio and Mikage explain. “In response, we utilized the same genuine leather from his sports car to wrap around the keyboard.”

With all these cutting-edge technologies, the Million Dollar Piano actually ended up costing more than a million dollars to build: 1.3 million, to be exact. And there are actually two Million Dollar Pianos; in addition to the primary piano, an “understudy” was built as a backup instrument.

The Elton John: The Million Dollar Piano concert film featuring the namesake piano made its international cinematic debut in 2014 and was shown in 1,200 movie theaters in more than 40 countries before being released on home media, making the Million Dollar Piano one of the world’s most recognizable instruments.