Introduction to an Old Friend

The CP88 keeps the classics alive.

I recently ran into an old friend — two old friends, in fact. One of them joined me for lunch at the recent NAMM show, where we spent a pleasant couple of hours catching up with life. Then, knowing of my long history with the Yamaha CP80, he asked if I had seen the new CP88 stage piano … and that’s who turned out to be my second old friend.

We took a walk over to the Yamaha exhibit area, where I quickly spotted the CP88 on display. Even before I heard a single note, I was impressed with its sleek look. Then I started exploring its simple and intuitive design: It was laid out in three sections, each with color-matched LEDs and switches. There was also an old school mini-toggle switch to turn each section on and off (which was a nice little surprise), plus an effects area that could be assigned to each or all sections. 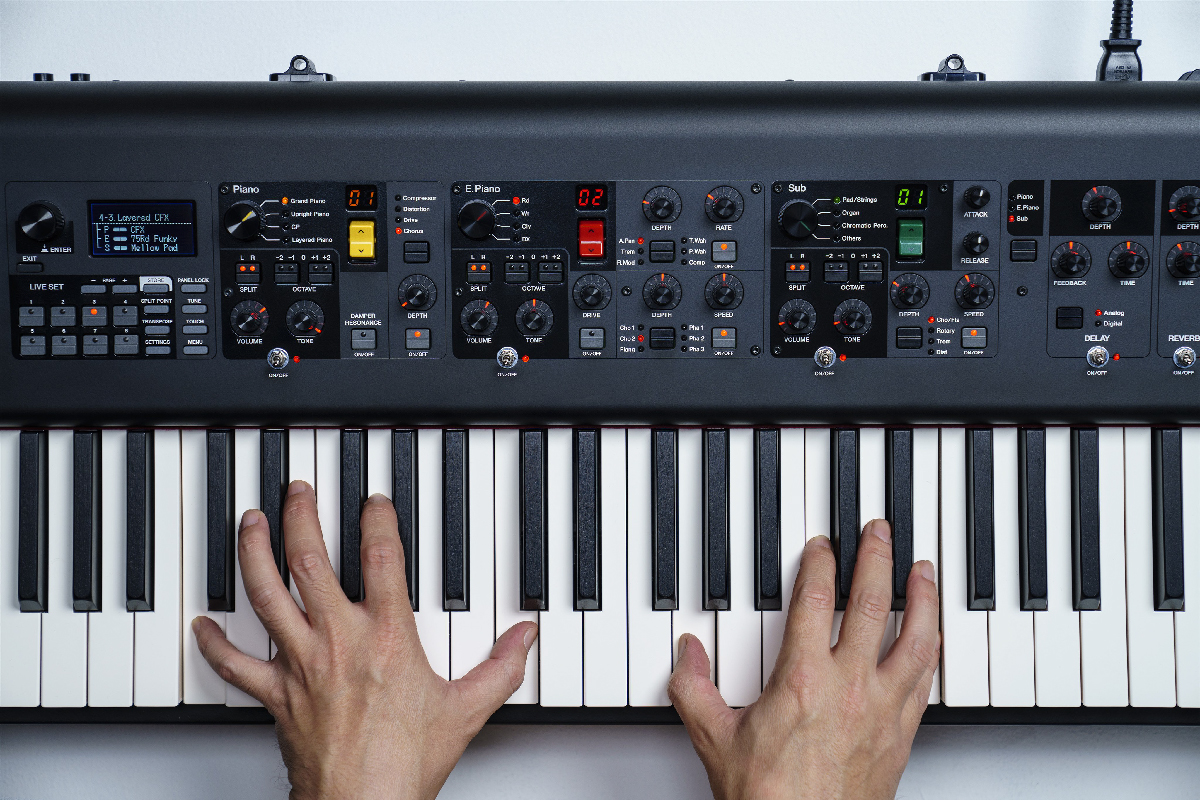 I was told by the friendly Yamaha rep that the CP88 came loaded with all the classic keyboard instruments, many of which I had used on tour and in the studio. The first sound I dialed up was, of course, the CP80. I started to play … and there it was! The sound was so exact, it took me back to the day I first heard a CP80, when I was working as a keyboard technician (a fancy name for “roadie”) for Chick Corea.

Let me digress here and tell you a little about my history. I started out as a guitarist but was inspired to make the switch to keyboards and synthesizers when I started listening to artists like Chick, Walter Carlos, Keith Emerson and Herbie Hancock. I soon dove into the world of analog keyboards (these were the days before digital ones), and took a job at a rehearsal studio in Los Angeles. Then one day in late 1976 a dream came true: I received a call from Chick Corea’s manager saying that Chick had just moved from New York to LA and was looking for a local keyboard tech, and my name had come up. It was the chance of a lifetime! I could learn from one of the true masters of the keyboard, and also possibly contribute my programming skills, if and when the opportunity allowed.

Without a moment’s hesitation I took the gig. In early 1977 Chick recorded a new album with his band Return To Forever before beginning rehearsals for the planned tour to follow. Chick had Gayle Moran on additional keyboards and vocals in that rendition of RTF, and she had a brand-new CP80 along with her other instruments. The CP80 was a real piano, though one with no actual soundboard, so it had a unique tonal quality and identity.

So here I am, playing this latest keyboard at NAMM, and I find myself taken straight back to a rehearsal room in Los Angeles more than 40 years ago. It was like reuniting with an old friend, bringing back great memories.

Next, I dialed up the C7 piano sound, since almost every studio I worked in had one; they had a crisp, bright tone that was great for recording. Bam! I was instantly transported back to a session at A&M Studios in 1992 when I played a C7 on Joe Cocker’s Night Calls album. It was an especially memorable session for me because it was the first time I ever played acoustic piano on a record — everything prior to that always all synthesizers.

But it wasn’t just the sound that transported me. Even the action of the CP88 reminded me of the C7. It’s comparable to some high-end acoustic pianos I’ve played — instruments that cost many tens of thousands of dollars.

After that eye-opener, I ventured on to some of the other classic keyboard sounds. I started with the Rhodes, which is a staple on so many great recordings. There are actually many variations of the Rhodes sound, but what the CP88 delivers is an exceptionally dynamic and pure tonality, so reminiscent of the early days. The Wurly sound was equally impressive, as was the Clavinet, originally used on many of the great R&B hits of the 1960s and 1970s by artists like Stevie Wonder and others.

By now, I was pretty much convinced that the CP88 is a must-have keyboard for every live and studio gig, but I kept trying out new sounds. The Bösendorfer Imperial Grand: stunning. Upright pianos: fantastic. Layered pianos: inventive, and fun to play. There are also a bunch of classic organ sounds, which, in conjunction with the onboard rotary and depth section, provide faithful renditions of the originals. And then there are a whole series of synthesizer sounds, including, of course, many of the classic DX7 tonalities I used on tour with Michael Jackson and other artists. There are also a number of excellent pads, strings and percussive sounds — even some guitars!

My encounter with the CP88 was like having a reunion with an old friend. No, better than that. It was like being reintroduced to a whole series of old friends — friends that defined the sounds of an era. This brand-new keyboard keeps them alive for a new generation to explore.

For more information about the new CP88 and CP73, check out our blog article “The Rebirth of the Stage Piano”