In honor of Star Trek Day, here’s a look at just how influential the franchise has been.

Believe it or not, the original Star Trek television series only ran for three seasons — from 1966 to 1969 — yet it became an enduring cultural phenomenon and spawned numerous spin-off series and a movie franchise. Its catchphrases still resonate in our most nerdy moments (“Dammit, Jim! I’m a doctor, not a …”), and some technology that first appeared on the original series (TOS) and Star Trek: The Next Generation (TNG) has actually become reality.

Thanks to Gene Roddenberry, the visionary science fiction writer who created the series and its spinoffs, we were treated to these glimpses of the future back in the ’60s, and they became so familiar we almost took for granted that they would one day be real. Here are seven Star Trek technologies that actually did go from fantasy to reality.

Even though they were actually operated manually behind the scenes, those ship doors that opened automatically with that pleasing sound at the approach of crew members were a small thing that was a big thing. These days, of course, we have doors that swing open when you get close to them and even freezer cases that light up automatically when you walk down a grocery store aisle. 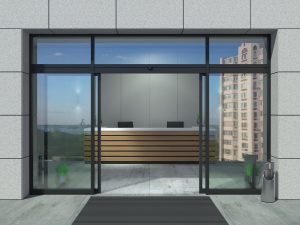 Although flip phones have come and largely gone already, they did look suspiciously like the communicator that Enterprise crew members whipped out of their waistbands to communicate with each other. 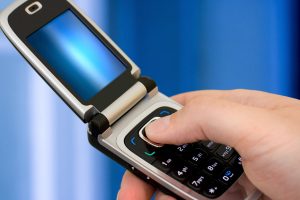 Floppy disks are so yesterday now, but in the ’60s, Spock was ahead of his time as he carried information he could insert into a computer on little plastic cards called microtapes. Today, we take it for granted that 80″ TVs are widely available for every home theater, but the crew of the Enterprise enjoyed a huge display on the bridge where they could see who they were communicating with on another ship, or just the vast expanse of space before them. Computer, who needs keyboards? Way before Alexa, there was the Enterprise computer, voiced by Gene Roddenberry’s wife Majel Barrett, who also played Nurse Christine Chapel in the original series. To get the computer to do something — even something that required complicated programming — all you had to do was ask: No need for keyboards or mice. Sound familiar? The Holographic Environment Simulator, or holodeck, simulated any setting and situation the crew members could imagine, such as Data playing poker with Albert Einstein, Sir Isaac Newton and Stephen Hawking. We’re not quite there yet, but technology like Oculus virtual reality headsets is taking video games a tantalizing step closer. Holograms also reached another level of popularity and technical excellence when deceased rapper Tupac Shakur’s hologram performed live at the Coachella music festival in 2012 with Snoop Dogg, Dr. Dre and others. In TNG, these molecule synthesizers could produce everything from clothing to food. Today, 3D printers can print food and even human organs, although not quite with the same ease as on the show. It’s exciting to imagine what the future holds and what the next visionary will show us. Until then, happy Star Trek Day! Live long and prosper.

Learn about how to create the perfect home theater with which to watch Star Trek:

Find out where to watch your favorite Star Trek episodes and movies here.