Most creative projects have their genesis in inspiration. You have an experience so profound it begs to be shared with the world; you read something so impactful it stays with you long after the last page is turned; you encounter a wonder of nature or a painting so moving it brings tears to your eyes; you hear a piece of music that touches your soul.

So the way things start is usually pretty clear. But how do you know when your work is complete?

This is a topic that’s long interested me, because a defining characteristic of most creative folks is that they are never satisfied. That song you’ve written? That track you mixed? Never done. Not really. Sure, there are deadlines and other imperatives that force you to “finish” your work and move on (there are plenty of artists who will tell you, “I didn’t really finish the record — the clock finished the record”), but there’s always that little nagging feeling in the back of your mind: I could have done more. I could have done a better job.

In my years as a music journalist, when I was interviewing well-known record producers and recording engineers, it was a question I would ask often. The answers would fascinate me. They were frequently variations on a theme (“you feel it instinctively” was the gist of it), but the subtle shadings of their responses help explain why the choice of producer/engineer can be so critical to the way a record turns out — in some cases, even more so than the vision of the songwriter or the artist themselves.

“You can’t overthink things too much,” veteran engineer Bruce Swedien told me. Swedien, who crafted dozens of hits for Quincy Jones and Michael Jackson, recalled that “Quincy used to call it ‘paralysis through analysis.’ A record is done when the music feels complete, when the song has successfully made its musical statement. It’s done when I feel that, no matter who I play this recording for, they will get it. I know that people have a problem letting go. But there is a point where the music will say, ‘Get your ass outta here; I don’t need you any more.’”

Engineer Sylvia Massy, who cut her teeth with Prince and has since worked with everyone from Johnny Cash to Tom Petty to the Red Hot Chili Peppers, shared a little more detail. “As soon as it gets real crowded,” she said, “you’ve gone over the line. A production needs negative space as much as it needs space to be filled up. As long as you have left a pocket here and there, you’re doing okay. Simplicity always seems to be better when you’re talking about musical parts, so as soon as it feels claustrophobic, you might want to simplify it a bit.”

British engineer Andy Bradfield, who specializes in movie soundtracks, referred to the oft-quoted (at least in recording studios) Law of Diminishing Returns, which states that once you get past a certain point, things start to go downhill from there. “You have to ask yourself if you achieved what you’d hoped to achieve,” Andy added. “You can carry on past that point but experience tells you that things will just get worse, not better. You sometimes know when you’ve done one overdub too many when you ask yourself, ‘Do we really need this part?’” 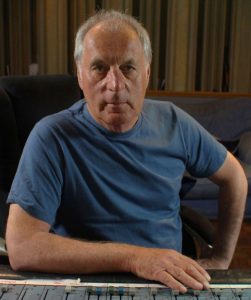 Perhaps things were summed up best by Radiohead producer John Leckie, who made the following observation: “At the end of the day, all you want out of a finished record is to hear everything. The worst thing is when [the musical elements] start getting obscured. People will turn the music off when it’s a strain to hear what’s going on. It’s like watching a film that’s been shot in darkness so you can’t see what the actors are doing.”

Focus. Openness. And above all, clarity. Once you achieve those goals in your creative endeavors, that’s the time to move on to the next great project.

Back to Bassics: A Bassist’s Guide to Compression
From the Muse: Kissing Frogs