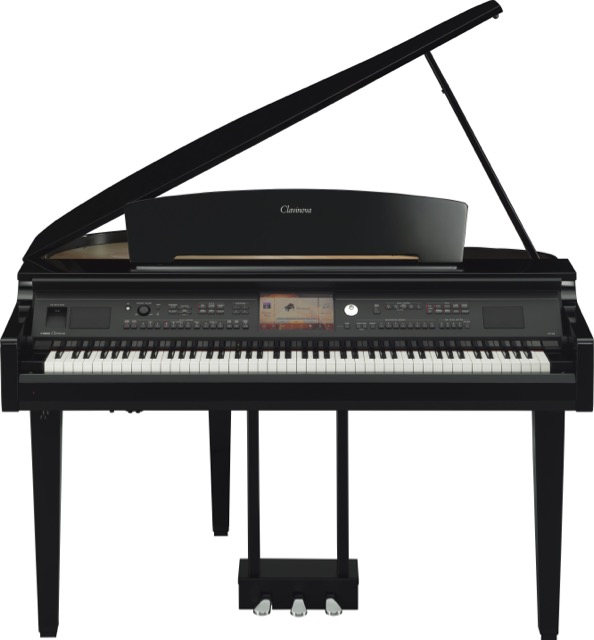 One of the most popular features of the CVP Clavinova is the ability to display a music score in the large LCD screen contained in the center of the CVP panel. Technically, what you see in the screen of the Clavinova is not “sheet music” – it is a momentary display of MIDI information in score notation format. So how do you capture and convert this information into a score of your composition? Learn the easy tips and techniques here.

Whenever I show this feature to Clavinova owners, they always ask two very pointed questions. The first is, “Will the Clavinova also display notes that I play on the piano keyboard?” (The answer is “Yes!”) They quickly follow with “Can you print that out?” (Which is also “Yes!”)

However, both affirmative responses need a little further explanation. Since MIDI is a recording not of audio, but instead of notes played in a certain order and with certain durations, it’s easy for a device to convert MIDI note data to a score. So, yes, the CVP will generate a score from the notes played on the keyboard when you’re recording that piece as a MIDI file. However, the timing will not make any sense unless you record that MIDI file using the Clavinova’s built-in metronome. If you don’t play in time with the metronome during recording, the Clavinova has no way to interpret the timing of the notes to match the bar lines of the music.

Also, be aware that after you record the MIDI piece with a metronome, all the notes will be crowded together on the top stave of the displayed score. This is because when you record a MIDI file in the Clavinova under default conditions, the Clavinova records all notes (both hands) to MIDI channel 1, which is normally assigned to the top stave and assumed to normally be just for the right hand. Since nothing was recorded to channel 2, there are no notes on the bottom stave, which is normally assumed to be the left hand: 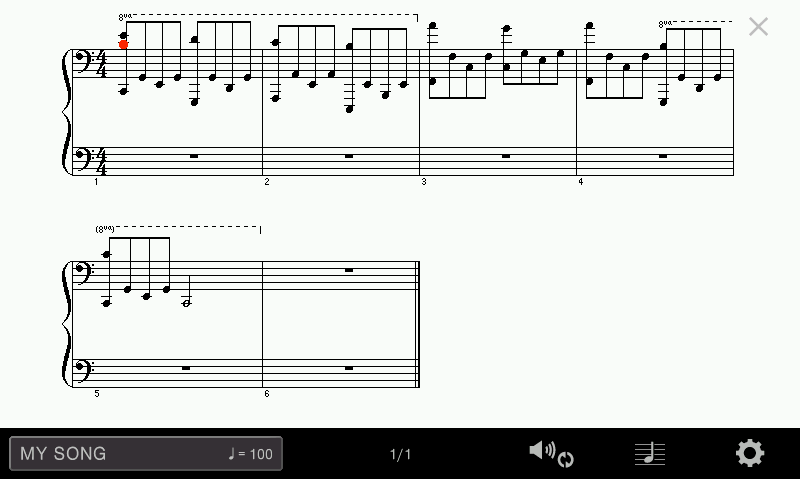 To give the Clavinova “permission” to use the entire grand staff to display your performance (not just the top stave), select the “gear” in the bottom right of the score display, and change both right and left hands from AUTO to channel 1: Immediately, the Clavinova will spread all the notes out using the entire grand staff for MIDI channel 1. It’s important to note that Middle “C” is the cutoff point between treble and bass clef, and therefore, between right and left hands: Quantization will correct the timing errors in your performance. For example, if you don’t play 8th notes evenly, you can quantize the piece for 8th notes, and those notes will appear as though you played them with perfect timing! Here’s an example with 16th notes non-quantized, and then the same file with 8th note quantizing: Note that the Clavinova quantize feature does NOT change what you hear when playing back the file. In other words, the above example would sound the same either way. That’s because the Clavinova doesn’t actually move the notes in the MIDI file. It does, however, change the way your performance is displayed in the screen. You could argue that it is the best of both worlds: a quantized, clean display of notes, combined with non-quantized expression of playback for a natural sounding performance.

The score function in the Clavinova is a great way to have a “reminder score” if you want to perform without sheet music. When a score is displayed in the CVP, you can swipe your finger to the right or left to turn pages. As a bonus, rather than using your finger to turn pages, you can assign the CENTER pedal to advance pages, making page turns more seamless — like using a Bluetooth page-turning pedal: It’s a lot of fun to make up a song and then see what the music looks like as a score. By using these two hints — recording to the Clavinova metronome, and then assigning right and left hands to channel 1 after recording — your score will look great in the CVP display. Choosing the Right Keyboard on a Budget
Insider Tips: Learn to Play Your Favorite Songs