Think the piccolo is just a pint-sized version of a flute? Think again. While the flute and piccolo look similar, there are numerous differences that make these two instruments unique and give them their own distinct character and sound.

Before we jump into the details, though, let’s take a brief look at their long and intertwined past.

From Reeds and Bones

Dating back to the Paleolithic era, the earliest forms of the flute were made from bone and reeds and featured a small number of finger holes. The term “flute” was initially used to describe a wide variety of pipe wind instruments, including those held vertically (like a recorder) and horizontally (like today’s flute).

The Baroque era of the 17th century marked the start of development of the modern flute with the introduction of the first key and tapered body shape. A smaller version was developed in tandem, eventually becoming the piccolo we know today. Over the next century, parts for flauto piccolo (“piccolo” is Italian for “small”) started to appear in orchestra scores.

By the 19th century, flute engineering reached a pivotal point under wind instrument manufacturer Theobald Boehm, who is known as the father of the modern-day flute. Boehm introduced a metal instrument that had many keys and an evenly cylindrical shape, which he accommodated by adding a lip plate and riser. These revolutionary enhancements enabled greater pitch control and tonal stability.

The two instruments have many things in common. Both are woodwinds, both are held the same way and both have a similar playing technique: sound is created by blowing air over an embouchure hole in the mouthpiece and notes are selected by pressing various keys or key combinations on the body of the instrument. They also utilize many of the same fingerings, and are both pitched in the key of C.

Additionally, the flute and piccolo share similarities in the way they are maintained. A slim, fuzzy cleaning rod that looks like an oversized pipe cleaner is used to wick away condensation on the inside of the tubing. In addition, regular use and polishing with a soft cloth help to keep the metal keys and tubing shiny and safe from discoloration.

The Devil’s in the Details … and High Notes!

The main differences between the two instruments lie in their size, construction and note range. The flute is about 26 inches in length and is assembled from three separate pieces: the headjoint, body, and foot joint. The standard concert flute has 16 tone holes and wider tubing than the piccolo, with a diameter of about three quarters of an inch on the inside. The flute’s larger design allows for a deeper sound and broader range of notes that covers three octaves, starting at middle C.

The piccolo is half as long, measuring approximately 13 inches. The inside of the tubing is only about half an inch wide — that is, a quarter-inch narrower than the flute —  and tapers at the end. (The piccolo body also retains the subtly tapered design of the Baroque flute.) With only headjoint and body pieces, the piccolo is missing some of the key work found on the foot joint of the flute. Therefore, the piccolo is pitched nearly an octave higher than the flute. The tone holes and keys are also smaller in size and placed closer together, which may make fingering easier for some players.

Although a smaller volume of air is needed to play the piccolo, players must use a faster stream of air to support each note, especially the higher ones. Due to the difficulty of sustaining tones on the piccolo, playing notes in tune is more challenging on the piccolo than on the flute.

Flutes are most often crafted in a variety of metals such as alloyed nickel, silver, and even gold, while piccolos tend to be made from wood with metal keys, although there are also plastic-bodied piccolos such as the Yamaha YPC-32. These types of instruments are not quite as bright in sound as metal piccolos, but they are less expensive and more durable against the outdoor elements, making them a popular choice for students and marching ensembles. 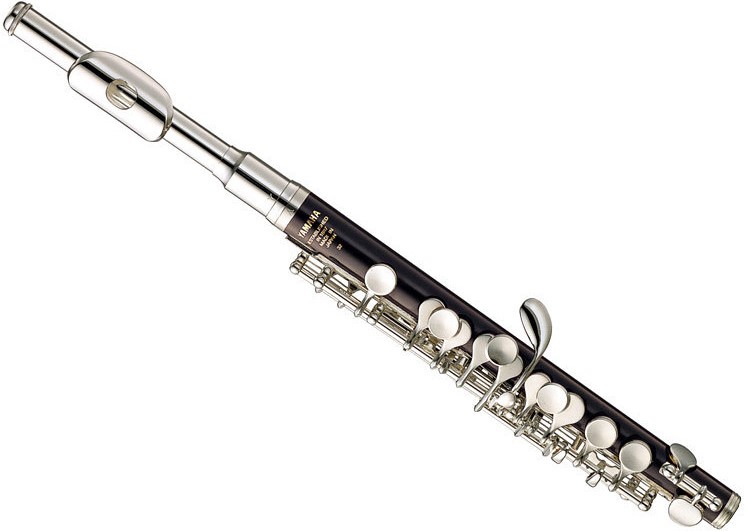 Interestingly, and less commonly, flutes have even been made of all glass, but these instruments typically serve more specialized roles in folk or period music.

For centuries, the flute and piccolo have played significant roles in the magic of storytelling through music. The flute is known for its graceful, celestial sound — a gentle tonality that blends well with other instruments. Like the violins in an orchestra, flutes are often heard playing the melody. From love themes to flowing rivers and birdsong, the dazzling flourishes and trills that are characteristic of the flute have been used by composers for centuries to evoke passionate emotions and the sounds of nature.

The piccolo is renowned for its capabilities in the highest register. Like an excited younger sibling, the piccolo likes to imitate its older flute brother or sister in the way it looks and acts, but with more energy and a much more piercing voice. And even though the piccolo has become a mainstay of many orchestral woodwind sections, where it is primarily used to produce tension and excitement (as well as, on occasion, humor), its unique tonal qualities make it a great fit for marching bands too. John Philip Sousa’s The Stars and Stripes Forever is an iconic example of the infectious energy that the piccolo can add to a march.

Learning how to play these instruments is a great place to begin your musical journey and spark your imagination. Yamaha has a great “how to” guide on the basics of playing the flute as well as a resource for parents on starting to play in school band.

While flute and piccolo can be played fairly interchangeably, it’s generally best to start with the flute. This will give you a great foundation to work from and will help you build endurance as you learn a broad range of notes and hone your technique. When you move on to learning how to play the piccolo, you will fine-tune your ear and build confidence. (Piccolos are not instruments for the shy!) And if you join a marching band, don’t be surprised if the tuba players give you envious looks at your pocket-sized instrument.

Whether you want to get lost in the sounds of nature, feel love in the air or get energized by the beat of a march, the flute and piccolo have much to offer.

Check out this related blog article: Genealogy of the Flute Family 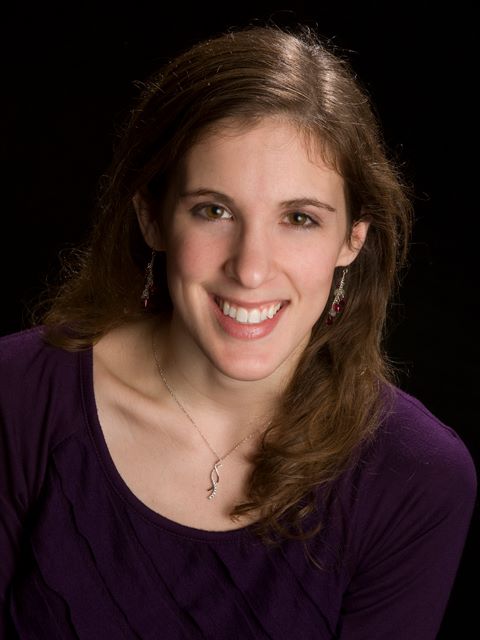 Catherine Perkins is a classically trained flute and piccolo player whose experience extends from the stage to the marching band field. She performed professionally for 5 years in the Wilmington Symphony Orchestra in her home state of North Carolina, and has degrees in Music Education and Arts Management. Her passion is helping arts and culture thrive, and sharing that love with others. Catherine’s studies and career have taken her around the country, as she works to further the missions of symphony orchestra, professional ballet, museum and arts consulting organizations. When she’s not in the performance hall or the office, she enjoys channeling her creative energy into cooking and baking at home.