Instruments similar to the recorder have existed for many hundreds of years – and probably even longer. These instruments evolved over time, reaching a peak of design and popularity in the 1600s and early 1700s, also known as the Baroque period of music. While modern recorder designs have continued to develop, most of the instruments you can buy today share many of the fundamental features of those Baroque-era designs.

In the 1920s, instrument designers in Germany felt that the standard Baroque recorder was too difficult for beginners to learn, since some notes put the player’s fingers in positions that can feel uncomfortable or unnatural. Because of this, they made a small change to make those notes easier for a beginner to play. However, there was a trade-off – while the finger positions were easier, some notes became harder to play in tune. 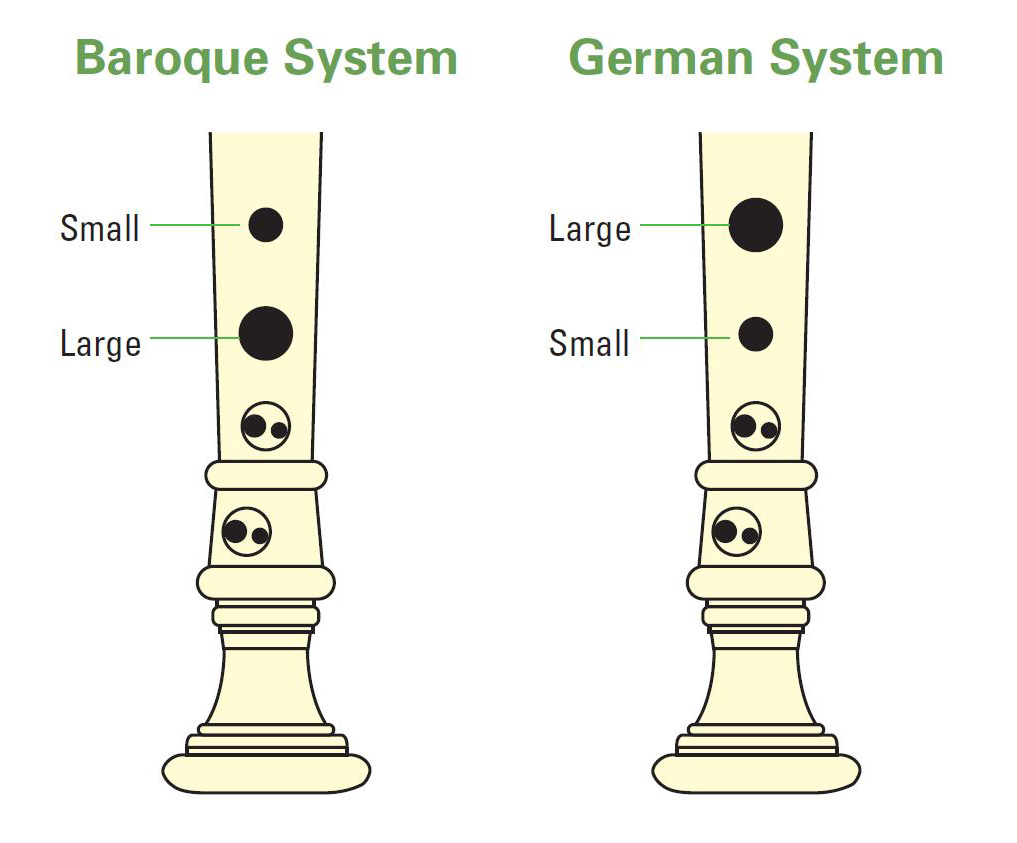 You can easily tell which type of recorder you have by comparing just two tone holes. If you look at the holes on a traditional Baroque recorder, the fourth hole down from the top is smaller than the fifth hole. On a German recorder, the order is switched – the fourth hole is larger than the fifth hole. That’s all there is to it! (You can find more information about the differences between the two here.)

Which One to Use?

Most schools today teach the traditional Baroque system and will expect students to use a Baroque recorder such as the Yamaha YRS-24B. If you happen to have a teacher or class that does teach the German system, then a model like the Yamaha YRS-23 would be the one to use. If you’re not sure, it’s always best to ask the teacher. Otherwise you might end up playing some of the notes wrong!

If you’re playing by yourself for fun, either style is OK. You can play the same music with both types, so use whichever you prefer. However, if you’re a serious recorder player you may find that the improved tuning of the Baroque system is better in the long run.

Click here for more information about all the different types of recorders that Yamaha offers.