You love your kids, you’re thrilled that they’re interested in playing music, and you want to support that interest in any way you can … but do they really have to practice so much?

Really, you could use a break once in a while. Hearing that same étude five times in a row is fine, but hearing it 20 times is starting to get irritating, and around the 30th replay you’re feeling a definite headache coming on.

Sure, the logical side of you knows that if they’re serious about music, they do have to practice that much. But couldn’t they maybe just take it down a notch in volume?

As a matter of fact, they can. Thanks to modern technology, the volume of most major instrument types — strings, brass, keyboards, even drums — can be drastically reduced without diminishing the ability of your child to hear themselves. And leading the way is the extensive line of Yamaha SILENT™ products. Here’s an overview of these potential parental sanity-savers.

Of course, electronic keyboards of all stripes (and from all manufacturers, including Yamaha) come with headphone jacks, making silent practice an intrinsic and important feature. But what about acoustic pianos? 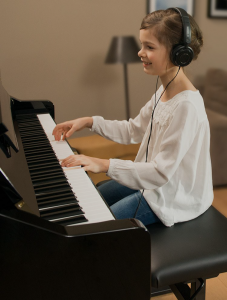 At first glance, a Yamaha SILENT™ Piano looks just like a normal acoustic piano with weighted keys, pedals, strings, and hammers. But these instruments lead a double life. They can be played just like any other piano, or they can be switched into Silent mode, in which case the hammers stop hitting the strings, and the sound of your child’s playing can be heard only via headphones. The way this works is nothing short of magic: A series of optical sensors beneath the keyboard and pedals measures the nuances of the playing and then uses them to trigger the digital sound of a piano, which can be turned up or down as desired — without disturbing you or anyone else in proximity. SILENT Pianos are available in a variety of upright and baby grand models; some even include sounds sampled from the famed line of Yamaha CFX and CFIIIs full-size concert grands.

How do you lower the volume of an acoustic guitar? By taking away its most resonant component: its body. This explains the strikingly minimal outline of the Yamaha SILENT™ Guitar. Instead of having an actual front, back and sides, these instruments resonate virtually through a special pickup that uses digital modeling to replicate the sound of a typical acoustic guitar as captured by a high-quality studio microphone. The result is an instrument that produces next to no sound on its own, yet still has a realistic tone, the loudness of which is completely controllable. A number of different SILENT Guitars are available, including one based on a folk-style guitar and others styled after classical guitars. All are collapsible, making them easy to travel with.

Think that an electric guitar plugged into an amplifier means an inescapable blast of sound? Think again. Many of today’s practice amps, such as the Yamaha THR-II desktop series, have headphone jacks, allowing your child to practice in private … without disturbing you or anyone else nearby. These amps also have the benefit of built-in digital effects such as distortion, reverb, etc. — meaning that you won’t have to spend extra on pedals or other signal processing hardware. 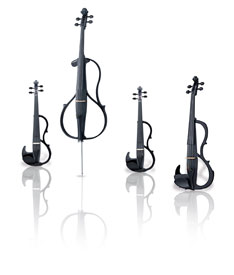 The same basic technology used for acoustic guitars is employed by Yamaha for our quartet of SILENT™ Series string instruments: violin, viola, cello, and upright bass. All are designed for quiet practice, and can also be used as electric instruments for recording and performance.

Brass instruments can be very loud when you get up and close and personal, but there’s already a long-established way of making these instruments quieter: It’s called using a mute. The problem is that mutes dramatically alter tone as well as volume. Yamaha has addressed that issue with its revolutionary SILENT™ Brass system, which consists of a mute fitted with a pickup that connects to a small electronic “personal studio” unit that clips onto the player’s belt. That little box contains exclusive circuitry that simulates a standard acoustic tone, making the instrument sound as though there’s no mute being used. There are versions for trumpet, trombone and French horn, as well as for tuba and euphonium, and the SILENT Brass mutes for the latter two actually have extra adaptability in that the position of the mute head can be adjusted to match different bell sizes and personal preferences — which also means that the same mute can be used on B♭, C, E♭, and F horns. The tuba and euphonium models can also be disassembled into parts that are stackable, making storage easier. 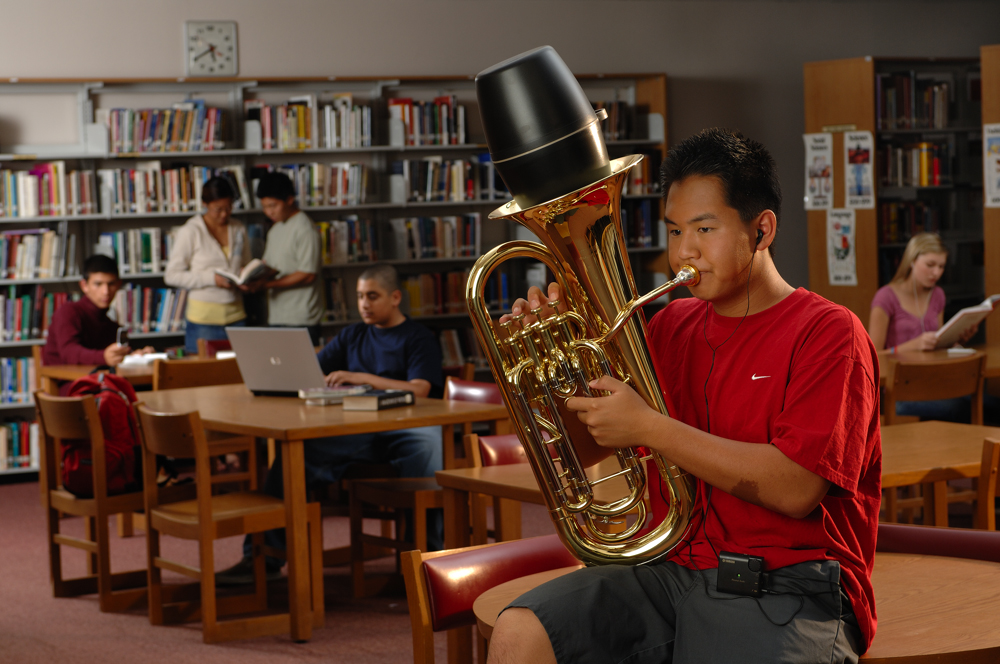 Like digital keyboards, electronic drums always offer a headphone jack for private practice. These instruments are built around pads (similar to practice pads) that produce little noise but can still be remarkably sensitive. In fact, some Yamaha electronic drum kits offer pads that are divided into three separate zones, allowing for a greater variety of expression than even acoustic drums. With an electronic drum kit, the drummer in your house can thwack away to his or her heart’s content, producing a staggering range of sounds that only they will hear in their headphones. Up to this point, we’ve been focusing on solo practice, because practicing with others inevitably requires making more noise — right? Wrong! The Yamaha SessionCake makes near-silent practicing and jamming possible with up to eight players. On its own, it works like a personal headphone amp (adding a headphone output to electronic instruments or devices that don’t have one), but you can link two or more of them together and mix their signals so that every participant can hear everyone else just the way they like … while everyone else in the vicinity hears practically nothing. It’s a good way of, ahem, having your ’Cake and playing quiet too.

When you think about it, every one of these instruments and devices is remarkable in that they achieve something that wasn’t possible until relatively recently: They give both musicians and listeners an unprecedented degree of control over what they hear. As a result, your child can practice to his or her heart’s content at a drastically reduced volume with no corresponding loss of tone, while your long-suffering neighbors (or long-suffering you) enjoy only peace and quiet.