This profound thought has helped me get through more than a few challenges in the course of my life. It often reminds me that it’s OK to recognize that not knowing something, or having naiveté about a topic, is perfectly fine and in certain situations can actually be helpful to the end result. 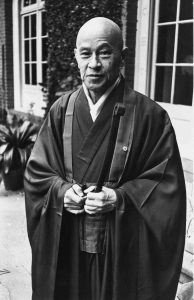 During this time of staying at home, I’ve decided to make the best of the situation by not only catching up on long overdue reading, but to push the limits of my professional craft. One of the books I’ve been reading is Zen Mind, Beginner’s Mind, which is a compilation of relevant talks given by Soto Zen Monk and teacher Shunryu Suzuki (1904-1971). One of the primary topics he explores is the practice of always trying to keep a beginner’s mind. While that can be taken many ways, I’ve come to recognize that I can benefit by rethinking certain elements of my music with that mindset.

Here’s how I recently put it into practice: I accepted the fact that in order to become more proficient at my guitar playing and composing (which is how I make my living), I needed to address my weaknesses. For me, that would be things like bluegrass picking, slide guitar technique and string orchestration. I decided to put focused intense effort into each aspect, and to identify qualified online teachers to help me in the quest.

I’ve been playing guitar most of my life, but bluegrass is technical, intricate and frankly, difficult. At first, I found it remarkably frustrating to learn some of the genre’s precision picking techniques that were foreign to me. To overcome this, I had to accept that it’s OK to start with a beginner’s mind. That acceptance made it easier for me to get a grasp on the basics. Next, I put time into relentlessly playing the same few licks over and over. By locking this into muscle memory, I was able to develop a modified technique that worked for me and let me move on to something slightly more complicated. Now, just a few weeks into the process, I’m able to knock out enough fast bluegrass licks to actually write a few TV cues in the genre … and sound competent at it.

The same applies to slide guitar technique. At first, I found it incredibly annoying that the slide would always bang on the frets and all the strings would buzz at once. But by adopting a beginner’s mindset, I discovered a few simple approaches that led me to understand how to mute the strings and play with my fingers, which delivers a richer tone. I also learned to set up one of my guitars with the action a bit higher, which largely eliminates the bangs and buzzes. As with bluegrass picking, taking a step backwards and starting at the beginning has allowed me to progress quite quickly.

My approach to learning string orchestration is a little different: I’ve been doing live online classes with my teacher while we both sit at keyboards in our respective rooms. We study a piece of classical music and break it down to the basic principles, then discuss how to build our own composition using what we’ve learned. With that knowledge, I found that I was able to create a cue for a tension-filled television show by using a motif based on the first few notes in Beethoven’s Symphony No. 5.

When it comes to mixing music, I also allow myself to have a beginner’s mind. For example, when applying EQ and/or compression, I don’t worry about what order they are in or how many plug-ins I use, no matter what some say is the “correct” approach. To me, if it sounds right, it is right. If I need to use five EQs in a row and four compressors to get the sound I’m after, so be it. The same applies to my use of reverbs: On occasion, I’ve been known to apply a reverb to a reverb! Sometimes the simple act of trying something new works, and sometimes it doesn’t. The only way you will know is to try.

For some, the word naiveté has come to mean ignorance or simple-mindedness, yet the Latin root means natural, or self-taught. And here’s what I’ve learned: By taking a step backwards and starting from ground zero, I’ve been able to build a solid foundation on my weaknesses, which then allows me to keep constructing a stronger and stronger structure on top of that foundation. Try to approach your next musical endeavor with an open mind and a beginner’s mindset. You never know where it might take you!

The Art of Mastering: The Loudness Wars
The Benefits of Recording Drum Practice and Performance