Today, being a musician often means you’re also a small business owner. It requires that you undertake hours of press, promotion, marketing, fundraising and administrative work to get a leg up. And when your job is a being a songwriter, you have more responsibilities than just plucking a guitar or penning a chorus. But fear not — we’re here to help.

In this two-part series, we’ll explore avenues for artists that may seem too difficult to traverse alone. Consider this your guide through the potential pitfalls of your progress. You have your songs in hand, but now what? How can you showcase them? How can you get your music played on the radio, placed in TV spots, featured online and in livestreams? How do you get publicity, find a manager?

We’ve asked the professionals these questions — everyone from radio DJs to publishers of blogs — so that you can get the answers you need. Armed with this information, coupled with some perseverance and a little bit of luck, you’ll be able to take your career to the next level and get your work out into the world.

Getting Your Music on the Radio: Keep It Simple

There are many kinds of radio stations, from college to commercial. So, the first question is: Where do you want your music played? One way to get your music on radio is to pay someone to promote your work, though that can be a very expensive undertaking. What if you don’t have a big budget? In that case, the first place you should look to are radio stations that have an established policy of giving exposure to independent musicians. For example, KEXP 90.3 FM in Seattle, Washington is both accessible and far-reaching; people tune in from all over the world to listen to the handpicked music the station plays. 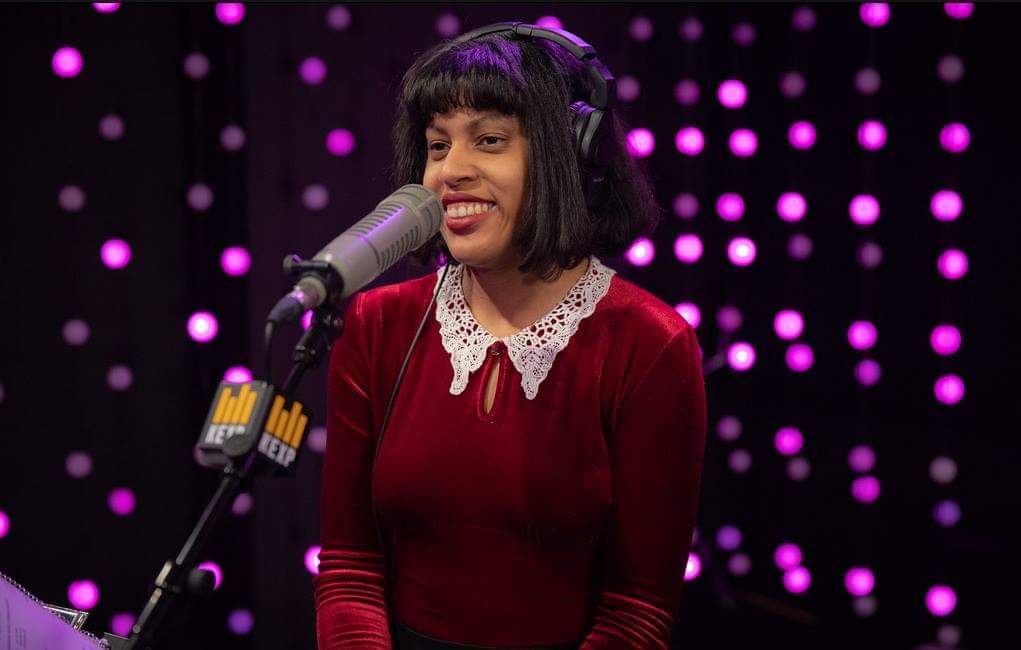 While KEXP is known for indie rock, the station plays everything from jazz to country, soul to electronic. For DJ Eva Walker, who hosts both specialty and drive-time weekday shows, it’s not about the numbers of followers. It’s about authenticity of art.

“Honestly,” she says, “if the song sounds like nothing I’ve ever heard before, it has a good chance to be played. I skim through press releases and sob stories because I just want to hear the product. I want something that stands out, that makes my stomach drop.”

Walker also points out that there are some more effective ways of communicating than others. “Make sure I can stream the song on something other than Spotify®, like SoundCloud or Bandcamp. And make sure your email isn’t too long. Give me a quick introduction. I don’t need a memoir.” The best thing an artist can do to try and get their music placed in television, movies or ads — something that generally requires a music publisher — is to first do some research. If you do the appropriate background work, you may find a publisher that you click with; in fact, you may be just the fit they need on their roster.

“Ultimately,” says Shayna Casey, creative director of L.A.’s Modern Works Music Publishing, “you want to find a team that’s going to work best for you and vice versa.” When deciding whether or not to take on a new client, she says a band with buzz can be enticing, but much more than that, it’s about synergy. “I’m pretty honest and upfront. If I don’t feel confident that I would be able to deliver what an artist is looking for, then it’s probably not the right fit for either party.”

Last but not least, artists should always keep their worth in mind and their brand uncompromised. In other words, don’t simply make exposure the ultimate goal: It’s important to stay true to yourself.

Livestreams: Make the Most of Them Livestreams likely won’t ever replace playing on stage, but they are an acceptable substitute well worth pursuing, especially these days. His company has helped hundreds of bands reach their audiences over the past year.

Gordon Brown, founder and chief executive of LoudSwell.com, reports that his company has received “countless messages from viewers who tell us that watching a livestream of their favorite band made them forget, if only just for a moment, about all of the chaos in the world. That is an enormous benefit.”

When undertaking a livestream, Brown suggests the following:

– Don’t livestream for free; ask your fans to kindly tip.

– Don’t take a set break. An internet audience has a shorter attention span than audiences in clubs or other venues, and there’s a better chance they’ll leave.

– Strive for high quality but don’t break the bank for it.

– Aim to make your livestream more of a show. Involve a Q&A or tell a story.

– Promote it days in advance, if possible.

For more about livestreaming, check out our blog “Top Ten Tips for Livestreaming Your Music.” 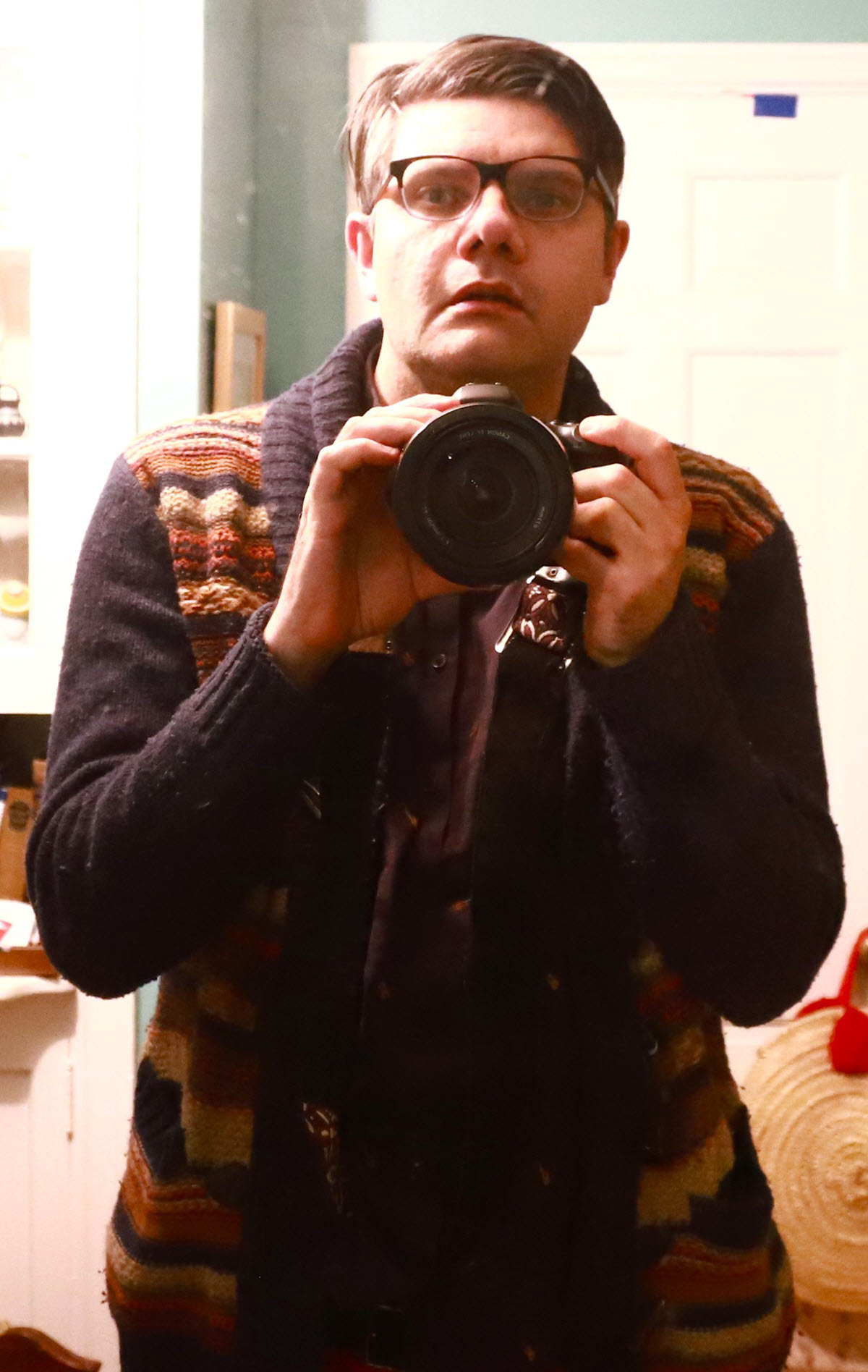 If you’re seeking exposure online, it can be a good option to hire a publicist. Just make sure you choose someone who has an existing relationship with major media outlets. Yes, it can be costly, but if you hire the right person (again, do your due diligence!) it really can help.

Mark Redfern runs the tastemaker music and entertainment web site Under The Radar. As an established outlet, they’re often inundated with requests from artists. While it can be hard to say what any particular outlet looks for in a band, a common mistake that artists make is not understanding what the publication is fundamentally all about. “We’re an indie rock magazine,” explains Redfern. “When a nu metal band or straight-ahead country artist submits music saying they are ‘perfect for [us],’ it’s easy to ignore that email.”

How To Get Publicity: Talking Points

If you don’t hire a press representative to help get your music exposure, don’t fret. There are other ways to form relationships with the media. The first step is to identify writers who seem partial to your genre, then read their work and become familiar with the outlets they write for. Everyone wants media exposure, but when you’re starting out, it’s best to send your music to outlets that you are familiar with and are a good match. That way when a connection is made, it’s an authentic one. It’s fine to follow up with a writer or editor a week or so after your initial correspondence, but remember, these folks receive tons of emails every day, so be professional and courteous. There’s a fine line between perserverance and being a pest!

Once you’ve made that connection and someone is interested in featuring your work in their publication, they might also ask you for an interview. This can be daunting at first, but after you do one or two of them, you’ll find that they become second nature. Here are some important tips to keep in mind from someone (me!) who has interviewed hundreds of artists and even taught classes on the subject:

– Try to think of three to five “points of interest” that are unique to you and don’t feel bad about steering the conversation toward them at any time.

– Writers are interested in finding a good story. Do your best to give them one!

– Be kind, professional and on time. Bands often say they want management. But management comes in many forms, from the buttoned-up executive to a more casual roadie — even a trusted relative who may have little or no experience. At the end of the day, an artist must look in the mirror and consider what is needed to advance and maintain their career.

DeVon Manier is a manager who has worked in the music industry for decade; he knows what it takes to grow a group from grass-roots, from the ground up. But for Manier, the effort can’t be applied to just anyone. There has to be a relationship and potential for growth.

“To me,” he says, “the most important thing is good music, and music or personalities that can form a meaningful connection to fans. This stuff is priceless. The rest is mostly sales and marketing.”

Coming next month: Distribution, vinyl/CD pressing, getting and maintaining an online presence, and more.

Photographs courtesy of the contributors.

Note: Yamaha does not endorse any of the individuals or companies named in this article.

Jake Uitti's work has appeared in Vanity Fair, Interview Magazine, American Songwriter, the Washington Post and the Seattle Times. When not poring over an interview, Jake can be found in search of Seattle's best ramen or cheese pizza slice. Jake grew up around tomes of French literature, but soulful meals, compelling conversation and thoughtful music are his true loves.