The Evolution of the Drum Pedal 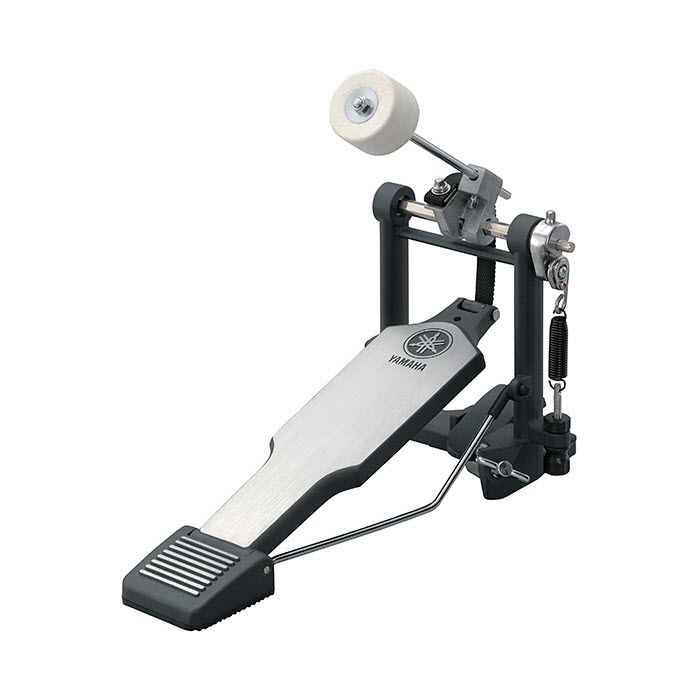 The spring return mechanism of today’s pedals was introduced in 1910. In 1934, ball bearings were added to create a smoother pedal action, and in 1950, the spring was built into the frame, improving the look and allowing for finer adjustment of the foot pedal – improvements that many drummers supported.

The next breakthrough was the chain-driven pedal. Near the end of the 1970s, a craftsman at a drum store in New York removed the pedal’s drive mechanism and replaced it with gears and a chain taken from a bicycle. Prior to that, there were pedals with metal parts connecting the drive mechanism, and those that used a belt made of nylon or other material. The former were said to have a “quick response,” while the latter were said to have a little “play” in them. The chain drive combined the best aspects of these two approaches to create a robust pedal that quickly gained wide acceptance.

The hi-hat taps out 8-beat and 16-beat rhythms clearly, and sets the rhythm of music along with the snare drum and bass drum. However, the emergence of the hi-hat is surprisingly recent, and the hi-hat as we know it today was invented around 1930.

The original hi-hat consisted of two small cymbals attached to two boards, one on top of the other, joined with a hinge. The upper board was attached to the foot with a strap like a sandal, which made it look like a snowshoe, and thus it was actually called “the snowshoe.” When famous jazz drummer Baby Dodds was playing on a Mississippi riverboat, he tapped the floor with his left foot in tempo with the music, and seeing this, an enthusiastic fan fashioned a device that enabled him to clash two cymbals together using a foot pedal, which is said to be the beginning of the development of the hi-hat.

This article is excerpted from the Yamaha Musical Instrument Guide. For more information about Yamaha drums, click here.